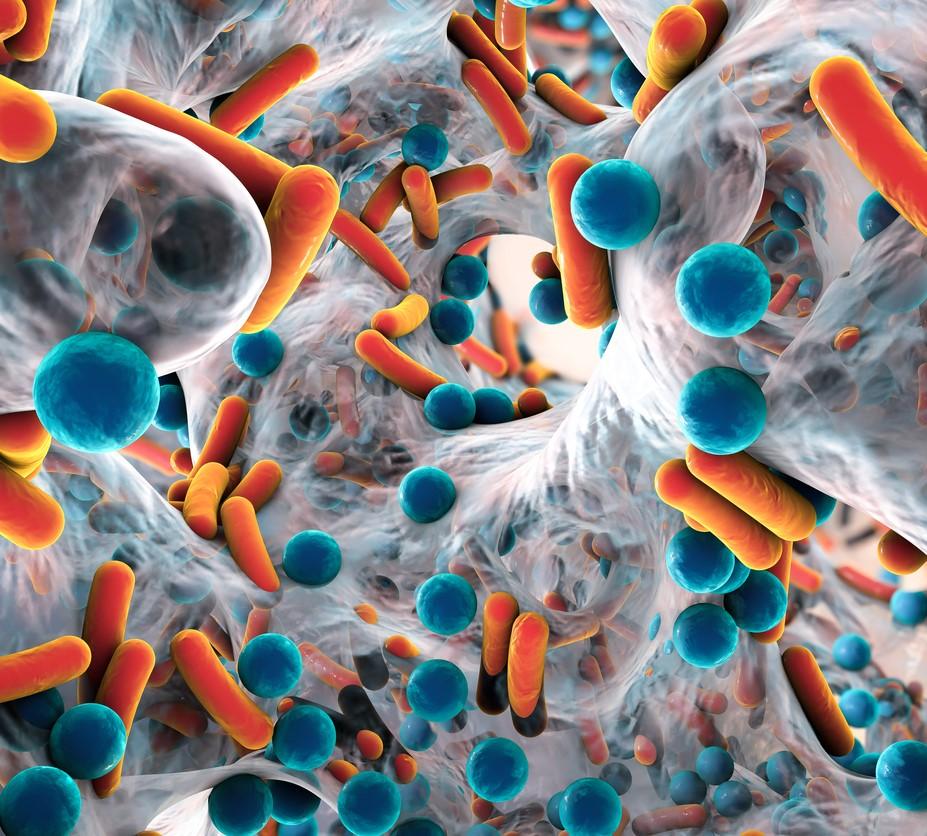 In the largest and most comprehensive study to date on the global burden of antimicrobial resistance (AMR), an international team of researchers estimates that more than 1.2 million people died from drug-resistant infections in 2019.

Using data from 204 countries and territories on 23 bacterial pathogens and 88 drug-pathogen combinations, the Global Research on Antimicrobial Resistance (GRAM) report estimated that 1.27 million deaths in 2019 were directly attributable to a drug-resistant infection, out of 4.95 million deaths that were associated with AMR. That makes AMR more deadly than such leading infectious disease threats as malaria and HIV/AIDS. Only ischemic heart disease and stroke accounted for more deaths that year.

The findings were published this week in The Lancet.

Most of the deaths were caused by six bacterial pathogens, the GRAM report found, and the burden of AMR mortality was highest in low- and middle-income countries, with sub-Saharan Africa and South Asia having the highest attributable death rates from resistant pathogens. Roughly 1 in 5 of deaths linked to resistance were in children under 5.

While previous studies have looked at AMR-attributable and -associated deaths in certain regions and for certain drug-pathogen combinations, this is the first to provide a global picture of the impact of a broad range of drug-resistant pathogens.

"Our findings…clearly show that drug resistance in each of these leading pathogens is a major global health threat that warrants more attention, funding, capacity building, research and development, and pathogen-specific priority setting from the broader global health community," the authors wrote.

Estimating the burden of AMR

Overall, the investigators obtained 471 million individual records to estimate, through statistical modeling, the disease burden associated with and attributable to AMR for 12 major infectious syndromes for all regions of the world, including countries with no data.

Mohsen Naghavi, PhD, MPH, a professor of health metrics sciences at IHME and one of the lead authors on the study, says they've been working on the GRAM project, which builds on death and incidence estimates developed for the IHME Global Burden of Disease study, for several years.

"We had a good background and data for mortality by cause, but 4 years ago we decided to calculate the pathogens, and the effect of antimicrobial resistance on the burden of disease," he said.

"The question is what happens if you remove all resistant bacteria? Do all those infections just disappear, or are they replaced by susceptible infections?" explained study co-author Kevin Ikuta, MD, a clinical fellow at IHME.

Of the 1.27 million deaths (95% uncertainty interval [UI], 0.911 million to 1.71 million) directly attributable to AMR, the study estimated 929,000 (73%) were caused by six pathogens: Escherichia coli, Staphylococcus aureus, Klebsiella pneumoniae, Streptococcus pneumoniae, Acinetobacter baumannii, and Pseudomonas aeruginosa. These same six pathogens were responsible for 3.57 million (72%) of the 4.95 million deaths (95% UI, 3.62 million to 6.57 million) that were associated with AMR.

"The seven bugs we identify line up pretty closely with the WHO [World Health Organization] priority pathogens list," said Ikuta. That list was developed by the WHO in 2017 to guide new antibiotic development.

Across pathogens, resistance to fluoroquinolone antibiotics and beta-lactam antibiotics, which are frequently the first-line treatments for bacterial infections, accounted for more than 70% of deaths attributable to AMR.

Impact on low- and middle-income regions

The study notes that the high mortality from AMR found in these regions might be a surprise to some since consumption of antibiotics is higher in wealthier nations, and therefore AMR might be expected to have more of an impact in those regions. But the burden of AMR in poorer regions of the world reflects a number of factors beyond the prevalence of resistant pathogens, such as a higher frequency of critical infections, poor sanitation and hygiene, and inadequate access to the second- and third-line antibiotics that are needed to treat resistant infections.

Naghavi and Ikuta say that means the response to AMR in these countries has to be multifactorial.

"The problem is not just using antibiotics," said Naghavi, adding that better quality of care in hospitals, improved hygiene, more prudent use of antibiotics in food production, and better diagnostics can all play a role in reducing AMR mortality in these regions.

Vaccines could make a difference as well, they noted. Of the six leading pathogens, only one—S pneumoniae—has been the target of a major vaccination program.

But for all parts of the world, the findings affirm that AMR is not just an abstract threat that's looming in the shadows, Ikuna says.

"It's a major cause of health loss now, with at least 1.2 million deaths in 2019," he said. "This is a warning signal that it's putting extra pressure on healthcare providers and facilities."

A 'crucial moment' for AMR

Infectious disease experts and antibiotic stewardship advocates say the study—which was funded by the Bill & Melinda Gates Foundation, Wellcome Trust, and the UK Department of Health and Social Care's Fleming Fund—should be a wake-up call for the public and policymakers.

"This is a crucial moment for AMR and for pushing the policy agenda even further," said Francesca Chiara, PhD, MPH, director of the University of Minnesota's Center for Infectious Disease Research and Policy's Antimicrobial Stewardship Project (CIDRAP-ASP). "Hopefully, decision makers and governments slapped by these numbers will finally agree to take more decisive actions."

Prior to this study, the most widely accepted estimate of global AMR deaths came from a 2014 Review on Antimicrobial Resistance by Lord Jim O'Neill, which used available data on six pathogens to estimate that AMR was responsible for at least 700,000 deaths a year. That report concluded that AMR could kill up to 10 million a year by 2050 if no action was taken.

Helen Boucher, MD, FACP, FIDSA, interim dean of the Tufts University School of Medicine, says that many in the field have long feared that the global impact of AMR, both in terms of death and illness, was greater. She says the findings highlight the need for urgent, accelerated action on antimicrobial stewardship, surveillance, infection prevention and control, and new antibiotics and diagnostics.

"The fact is that AMR affects you and me, today and tomorrow," she said. "The need for action has never been greater."

Henry Skinner, CEO of the AMR Action Fund, a public-private partnership working to boost the pipeline for new antibiotics, concurred.

"These figures are unfortunately not surprising but are most unsettling," Skinner said in a statement. "Experts have been sounding the alarm on AMR for years, and millions of patients have died—and will continue to die—from infections for which we don’t have effective treatments."

In a commentary that accompanies the Lancet study, Ramanan Laxminarayan, PhD, MPH, director of the Center for Disease Dynamics, Economics & Policy, says that while the study helps provide a clearer picture of the global impact of drug-resistant infections, the true burden may be even greater.

"Modern medicine, including surgeries, chemotherapy, organ transplantations, and other invasive procedures require effective antibiotics," he wrote. "Untreatable infections reduce the value of these procedures and thereby lower their value to patients, but this additional burden is difficult to measure and is not addressed."

Laxminarayan added that global spending on AMR needs to match the scope of the problem and should be directed at preventing infections from occurring in the first place, making sure existing antibiotics are used appropriately, and bringing new antibiotics to market.

"Health and political leaders at local, national, and international levels need to take seriously the importance of addressing AMR and the challenge of poor access to affordable, effective antibiotics," he wrote.