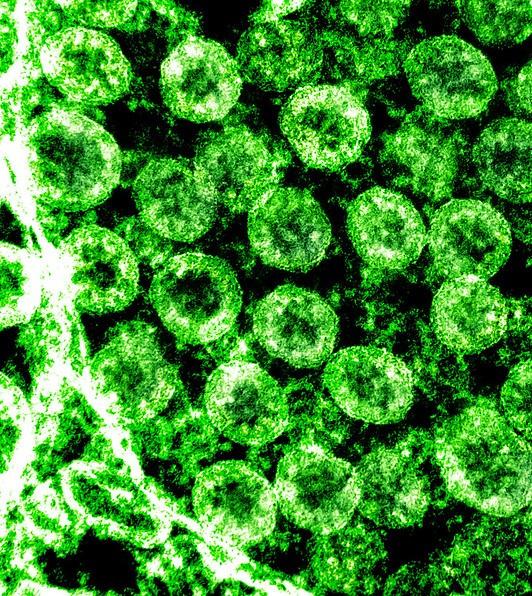 Editor's Note: This story was updated on May 19 to clarify that viral RNA, not infectious virus, was detected in the story on COVID-19 virus shedding.

Patients with COVID-19 outside of Wuhan, China, shed virus RNA for a median of 17 days, according to a retrospective cohort study published yesterday in the International Journal of Infectious Diseases.

Shedding virus RNA for as long as 6 weeks

In the first study, researchers studied the clinical factors, lab results, treatments, and outcomes of 147 adult COVID-19 patients in a single hospital in Changsha, China, the capital of Hunan province, which is adjacent to Hubei province.

These findings, however, do not necessarily mean that the patient was still contagious, because, unlike with virus isolation, PCR does not distinguish between the presence of live virus and non-infectious viral debris.

Median time from symptom onset to admission was 6 days (interquartile range, 3 to 10). Of the 147 patients, 127 (86%) had moderate illness, while 20 (14%) had severe illness. Length of viral RNA shedding ranged from 6 to 47 days. No patients required advanced respiratory support or died.

The viral load in patients who shed virus RNA for less than 17 days was undetectable for 15 of 30 patients 12 days after symptom onset, while it took 22 days for the viral load in 16 of 31 patients with prolonged shedding to clear the virus RNA.

The authors said that the identified risk factors for prolonged viral shedding should be considered when formulating strategies for quarantine and called for a large, multicenter study to further explore these factors.

In the second study, researchers using space-time data from COVID-19 cases in mainland China and mobile device data detected no third-generation spread of the novel coronavirus outside of Hubei.

They noted that several million travelers from Wuhan left the city for the annual Chinese New Year holiday in the first half of January, and the first case of COVID-19 outside of Hubei was reported on Jan 19. The outbreak spread rapidly over the next 3 or 4 days, despite strict transportation screening procedures implemented in many cities.

First- and second-generation spread occurred at the same time in many cities early in the epidemic, enhancing the spread.

The authors said their findings provide a clearer picture of the effect of human movement on epidemic transmission and identify important current and future containment measures.

"The associations between the epidemic spread decreased with distance and had different temporal patterns from the epidemic sources, implying the potential epidemic generation-to-generation evolution on regional spatial scales," they said.

They proposed control measures of different levels could vary by location and time in different areas, with cities with third-generation transmission enacting the strictest controls on both those in quarantine and exported cases, and cities with simultaneous first- and second-generation transmission focusing on those in quarantine and imported cases. Other cities could focus on controlling imported cases.