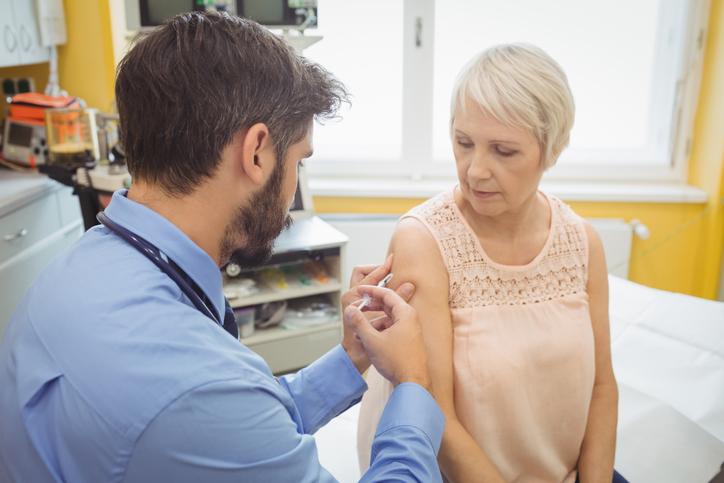 The Centers for Disease Control and Prevention's (CDC's) vaccine advisory group today recommended a newly approved shingles vaccine (Shingrix) as the preferred vaccine for preventing the condition in adults age 50 and up and recommended a third dose of measles, mumps, and rubella (MMR) vaccine for curbing mumps outbreaks.

The preferential recommendation for Shingrix by the Advisory Committee on Immunization Practices (ACIP) passed by a narrow eight-to-seven margin and comes just days after the Food and Drug Administration (FDA) approved GlaxoSmithKline's vaccine, the second vaccine against shingles to be approved for use in the United States.

The ACIP vote to recommend the new vaccine in general, however, passed by a much wider margin.

Shingrix, a recombinant adjuvanted vaccine given in two doses, was shown in phase 3 clinical trials to have over 90% efficacy across all age-groups, with benefits sustained for 4 years. The performance is expected to be an improvement over Zostavax, the currently licensed shingles vaccine produced by Merck.

The ACIP recommendation is for preventing herpes zoster and complications for immunocompetent adults age 50 and older, including those who have previously been immunized with Zostavax.

In a news release today, Thomas Breuer, senior vice president and chief medical officer at GSK Vaccines, said GSK developed Shingrix specifically to overcome age-related decline in immunity. "Today's vote is an important step forward for the prevention of shingles, as the expanded recommendations will bring access to a vaccine with efficacy of greater than 90%, which will help protect more American adults from a painful and serious condition."

GSK added that data on people vaccinated with Shingrix who had previously received Zostavax have been presented to ACIP and published in peer-reviewed journals but have not been reviewed by the FDA.

ACIP forwards its recommendations to the CDC, which reviews and typically adopts them, publishing the final version in upcoming issues of Morbidity and Mortality Weekly Report.

Also today, ACIP recommended that a third dose of MMR vaccine should be administered to people at increased risk in outbreak settings, such as at college campuses, which have been hit hard over the last several years.

Mumps outbreaks are often reported on college campuses, many of which require students to have two doses of MMR vaccine before starting classes. Waning immunity after the second dose is thought to be one of the main contributing factors, with settings such as college dorms and sports teams offering favorable environments for the virus to spread.

Some colleges have offered third doses of MMR as a booster shot to prevent the spread of the disease. In early September, researchers at the University of Iowa reported on the benefits of the practice in the New England Journal of Medicine.