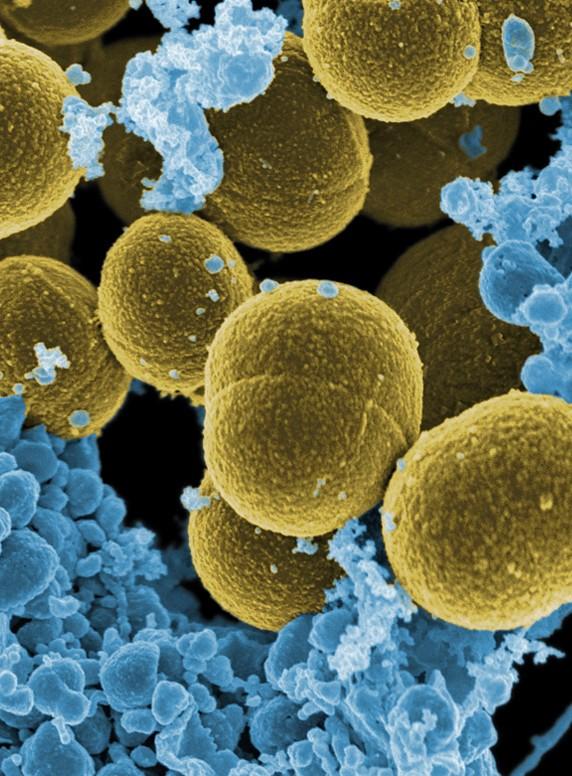 Deaths caused by bacterial infections accounted for more than 1 in 8 global deaths in 2019, with five pathogens accounting for more than half of those deaths, an international team of researchers reported yesterday in The Lancet.

More than 75% of those deaths were caused by three infectious disease syndromes, and the impact was greatest in low- and middle-income countries (LMICs). The highest mortality rate associated with bacterial infections was in sub-Saharan Africa.

The authors of the study say the findings underscore the threat posed by bacterial pathogens to young and old, regardless of whether those pathogens are resistant or susceptible to antibiotics.

"It is of utmost importance to put these results on the radar of global health initiatives so that a deeper dive into these deadly pathogens can be conducted and proper investments are made to slash the number of deaths and infections," Christopher Murray, MD, study co-author and Director of the Institute for Health Metrics and Evaluation (IHME) at the University of Washington's School of Medicine, said in a press release.

The authors note that while estimates of deaths linked to specific bacterial pathogens and invasive bacterial infections exist, they have to date been limited to certain age-groups or to high-income countries.

"Although such estimates offer important insights, no comprehensive estimates exist covering all locations for a broad range of bacteria across major infectious syndromes," they wrote. "For this reason, there has been profound neglect of these pathogens, and relevant infectious syndromes, in global advocacy campaigns aiming to maximise life-saving interventions."

Overall, the researchers estimated 13.7 million infection-related deaths in 2019, with 7.7 million associated with the 33 bacterial pathogens and 11 infectious syndromes studied. These deaths made up 13.6% of all global deaths and 56.2% of all sepsis-related deaths in 2019. The all-age mortality rate was 99.6 deaths per 100,000 population.

Of the investigated pathogens, five—Staphylococcus aureus, Escherichia coli, Streptococcus pneumoniae, Klebsiella pneumoniae, and Pseudomonas aeruginosa—accounted for 54.9% of the 7.7 million deaths, with S aureus associated with more than 1.1 million deaths.

"A sobering reality is that a high burden of treatable infections occurred in very young age groups," the authors wrote.

The infectious syndromes responsible for more than 6 million of the 7.7 million infection-related deaths were lower-respiratory infections, bloodstream infections, and peritoneal and intra-abdominal infections. Deaths caused by these infections varied across regions. The study notes that these estimates would put these infections ahead of HIV, cancer, and self-harm as leading causes of death globally in 2019.

That finding is similar to what was observed in the GRAM report, which estimated that sub-Saharan Africa had the highest mortality rate associated with antibiotic-resistant pathogens. But the authors note that these findings indicate that, for LMICs, drug resistance is just one of many factors that make bacterial infections deadlier.

The authors say that while the findings are limited by a lack of data, most notably in the LMICs where the burden of bacterial infections is greatest, they highlight the need for stronger healthcare systems, better diagnostics, appropriate infection control strategies, and access to effective antibiotics in those countries. In addition, they say that improved access to safe drinking water and sanitation facilities, increased uptake of existing vaccines (like the S pneumoniae vaccine), and development of new vaccines for bacterial pathogens will be critical.

"These new data could act as a guide to help address the disproportionately high burden of bacterial infections in low- and middle-income countries and may ultimately help save lives and prevent people losing years of their lives to illness," study co-author Authia Gray, a post-bachelor fellow at IHME, said in the release.

Ultimately, the researchers hope that their estimates will lead to a greater appreciation of the burden of bacterial infections, along with targeted prevention efforts and more public health investment. They cite a 2020 study of global funding for infectious disease researcher that found that, from 2000 to 2017, research into Staphylococcus spp. and E coli received $1.4 billion and $800 million in funding, respectively. By comparison, HIV research received $42 billion during the same period.

"The investments in HIV research are certainly warranted and, although bacterial infections could be tackled with different overlapping strategies, this disparity in funding might have been driven, in part, by the shortage of global burden numbers for these bacterial pathogens," they wrote.