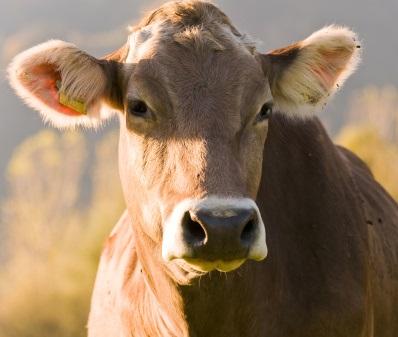 The US Department of Agriculture (USDA) yesterday announced that atypical bovine spongiform encephalopathy (BSE, or "mad cow" disease) has been detected in an 11-year-old cow in Alabama, marking the nation's fifth case and its first since 2012.

The cow was showing clinical signs and was identified during routine surveillance at an Alabama livestock market, the USDA said in a statement. The animal never entered the slaughtering process and has not posed a threat to the food supply or to human health.

The Alabama Department of Agriculture and Industries (ADAI) said in a press release yesterday that cow died after it was delivered to the livestock market and that routine tissue samples were taken and sent for testing.

Tony Frazier, DVM, Alabama's state veterinarian, said "This instance proves to us that our on-going surveillance program is working effectively."

Tests at USDA's National Veterinary Services Laboratories revealed that the cow was positive for atypical (L-type) BSE, which is different from classical BSE that mainly occurred in the United Kingdom in the late 1980s and has been linked to variant Creutzfeldt-Jakob disease in people, the human version of "mad cow" disease.

The USDA said BSE isn't contagious and that the atypical BSE seems to arise spontaneously and typically occurs in older cattle populations, generally cattle age 8 years or older. In contrast, the main source of classical BSE is feed contaminated by the infectious prion agent from meat-and-bone meal from rendered infected cattle.

The previous BSE case in US cattle was found in 2012 in a California dairy cow. The first case was a classical BSE case in a cow imported from Canada, but the other four have involved H- or L-type atypical BSE. A 2006 atypical BSE detection also involved a cow from Alabama.

In 2013, the World Organization for Animal Health (OIE) moved the United States to its lowest risk category for BSE, downgrading the status from "controlled" to "negligible."

Because atypical BSE cases are thought to arise spontaneously, the detection of a new case doesn't affect the United States' BSE risk status and should not lead to any trade restrictions, the USDA said.