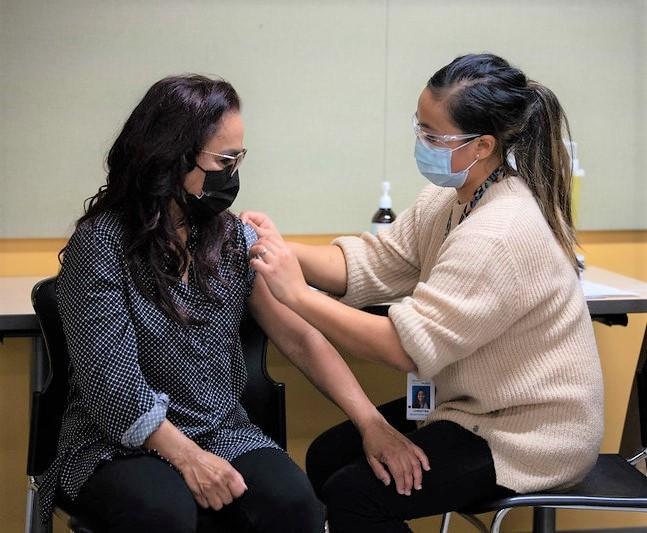 It's more evidence that the pandemic in the United States is a pandemic of the unvaccinated, said CDC Director Rochelle Walensky, MD, MPH at a White House press briefing today.

During that period, the percentage of vaccinated residents rose from 27% to 51%, and the Delta (B1617.2) variant became the predominant strain.

With full approval of the Pfizer vaccine by the Food and Drug Administration yesterday, White House COVID-19 Coordinator Jeff Zients said he is confident even more Americans will choose to get vaccinated.

Zients said the administration oversaw 6 million shots in arms in the past 7 days, the highest 7- day total in 6 weeks.

"At the end of last week, for 3 straight days, there were 1 million shots in arms per day," Zients said, observing it was the first time since June the county had seen those numbers. The CDC COVID Data Tracker shows 51.5% of Americans are fully vaccinated, and 60.8% have received at least one dose.

Despite the uptick in vaccinations, the fourth wave of the pandemic continues. Walensky said the new 7-day average number of cases was 137,000 per day, an increase of 12%, and the hospitalization rate remained 11,000 per day. Daily deaths increased 23%, to an average of 739 per day.

In a second MMWR report today, results from the ongoing HEROES-RECOVER study of COVID-19 among frontline workers showed unvaccinated workers were much more likely to become infected during the current Delta surge, but vaccine effectiveness (VE) dropped from roughly 90% to 66%.

"However, this trend should be interpreted with caution because VE might also be declining as time since vaccination increases and because of poor precision in estimates due to limited number of weeks of observation and few infections among participants," the authors warned. "As with all observational VE studies, unmeasured and residual confounding might be present."

Federal data indicate one third of US adolescents aged 12 to 15 are fully vaccinated against COVID-19, according to Fox News. The numbers were released as school has started or will start in the coming weeks throughout the country.

About 6 in 10 Americans say students and teachers should be required to wear face masks while in school, according to a new Associated Press-NORC Center for Public Affairs Research poll. The poll also shows 59% support vaccination requirements for teachers, and 55% say the same for students 12 and over.

But poll results were split sharply along political lines: About 30% of Republicans said they favor mask requirements for students and teachers, compared with 80% of Democrats.