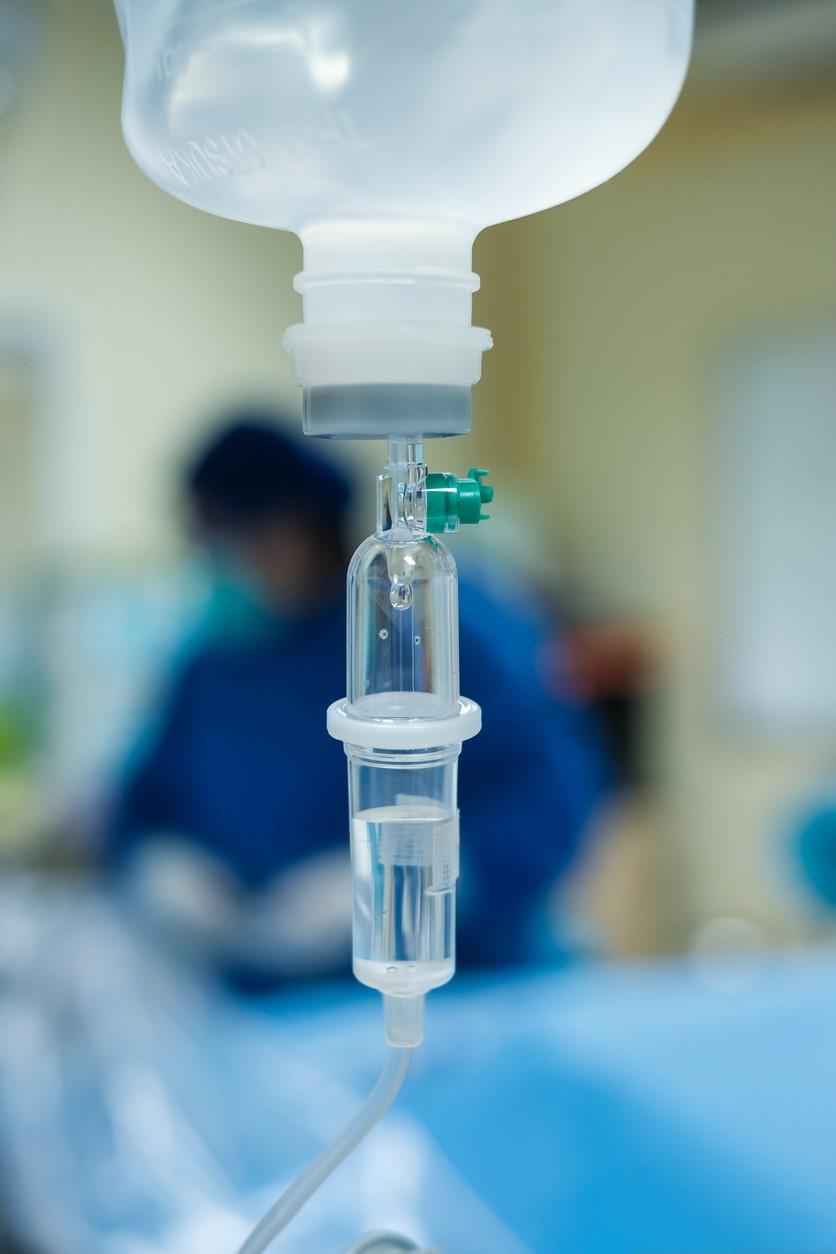 In the past month, the US government has invested billions of dollars into the pandemic.

Think $2.7 billion toward vaccine manufacturing, which is part of the $65 billion decade-long proposal the Biden administration created to prepare for future pandemics. Or consider the $2 billion it paid for more COVID-19 rapid tests, or the roughly $3 billion worth of monoclonal antibodies it bought in mid-September on top of prior purchases.

As the pandemic has shown, though, increased financial support doesn't mean manufacturing lines can suddenly produce a greater volume. That's why the general public and healthcare workers are dealing with high demand for both monoclonal antibody treatments and COVID-19 rapid tests, and the federal government is carefully distributing some treatments to states.

The US Food and Drug Administration gave its first COVID monoclonal antibody emergency use authorization (EUA) in November 2020 (Eli Lilly's bamlanivimab, since updated to be used in combination with etesivimab). Since then, the FDA granted EUAs for Regeneron's casirivimab and imdevimab (REGEN-COV) and for sotrovimab, developed by GlaskoSmithKline and Vir Biotechnology, with AstraZeneca filing yesterday for an EUA for its monoclonal antibody combo of tixagevimab and cilgavimab (AZD7442).

Despite the promise of monoclonal antibodies, they have not always been in high demand. The Delta (B1617.2) variant changed that, and now the US government is allocating Regeneron's and Eli Lilly's combo drugs to states instead of allowing hospitals to buy them directly from distributors.

"The suppliers say there's no supply issues," said Craig Yeager, PharmD, MBA-HA, Vizient's senior portfolio executive of pharmacy, noting that it's similar to allocations set from November 2020 to February 2021. "It sounds like more of a proactive effort from the government to make sure there's more even and fair distribution to states. And so, due to that transition as of [Sep 15], it has caused shortages on the other monoclonal antibodies, for example sotrovimab from GlaxoSmithKline and Olumiant [Eli Lilly's baricitinib], as well."

States, particularly those with low COVID vaccination rates, have already made monoclonal antibody treatment a main part of their pandemic control efforts. Florida, for instance, has 25 state-run community sites (spawning one viral library picture) and has deployed strike teams to bring the treatment directly to long-term care facilities.

Florida is one of the seven US states that accounted for 70% of the country's monoclonal antibody orders prior to the US government's allocations, going from about 72,000 weekly doses to 27,850 during the first week of allocations, according to Politico. Its governor has been one of the most vocal opponents of the new system.

At a Sep 16 press conference, Gov. Ron DeSantis says his state was being punished for being ahead of the curve on the need for monoclonal antibodies. "We've been handed a major curveball here, with a really huge cut from HHS [the Department of Health and Human Services] and the Biden administration," he said. "We're going to make sure we leave no stone unturned. Whoever needs a treatment, we're going to work like hell to get them the treatment."

Since then, Florida has announced that it is receiving 3,000 doses of sotrovimab.

At the time of Florida's announcement, other authorities made statements surrounding the allocation.

Sources from Austin, Texas, had initially said monoclonal antibody supply was fine, while other parts of Texas and other southern states including Alabama and South Carolina said they were either having to ration more or were already out, according to stories in Becker's Hospital Review and WISTV. Kentucky Gov. Andy Beshear used the state's predicted shortage of monoclonal antibodies as a plug for vaccination, while Tennessee has stated that while its supply is fine for now, treatment was going to those unvaccinated first.

Timothy Lahey, MD, at the Vermont Health Department (the country's most vaccinated state) told CIDRAP News that, while the state has not experienced shortages, because of Delta, officials are collaborating on an equitable allocation plan.

To further increase attention on REGEN-COV, the World Health Organization (WHO) at the end of September recommended the combination therapy. In its announcement, the WHO said it was working on negotiations with Roche and also called for donations, noting the high-cost, low-availability barrier currently seen.

Roche is Regeneron's COVID monoclonal antibody partner, and Regeneron spokesperson Tammy Allen told CIDRAP News that, with Roche's help, Regeneron has been able to increase the global supply of REGEN-COV at least 3.5 times the original capacity. The overall capacity does vary a bit, though, as it is based on other factors such as usage rates and the need to continue manufacturing Regeneron's other needed therapies.

"Although demand was lower in the earlier part of this year, we did have REGEN-COV product at multiple stages in the manufacturing process, which has enabled us to deliver against this new agreement starting [in September]," she says. "Also, following the increased need for monoclonal antibody treatments, we are making new REGEN-COV product."

COVID-19 test demand has also spiked, in part due to the increasing COVID vaccination mandates sweeping the country.

Although take-home rapid tests are now widely distributed, they've been difficult to find for some. Because of the strain on supply on the upstream supply chain, CVS and Walgreens have both limited the amount that a customer can buy at a time, and to help keep tests accessible in the downstream supply chain, Amazon, Walmart, and Kroger have agreed to sell rapid tests at wholesale cost.

In September interviews, Michael Mina, MD, PhD, epidemiologist at the Harvard T.H. Chan School of Public Health, said that part of the supply issue is that the US government hasn't signaled a market for rapid tests. "In the United States, we have had this unfortunate misperception [around rapid tests] that has really started with the federal government in 2020 ... that these tests were not accurate," Mina told NPR.

"A lot of our research at Harvard was dedicated this past year just to show that we need to hold public health tools to a different set of standards. Not worse, but different."

The FDA has authorized rapid tests from approximately six companies; whereas, it has authorized more than 400 laboratory tests, according to The Hill on Sep 23. Just this week, however, the agency authorized another over-the-counter rapid home test to increase access.

When reflecting on the testing situation, Amy Smith, MBA, MT(ASCP), Vizient director of contract services for laboratories, also looked ahead to the upcoming flu season. "There are a now a number of these manufacturers that are starting to ramp up for the upcoming flu and respiratory virus season, so they're preparing inventories for that," she says, adding that some suppliers ought to create combo flu/RSV/COVID tests (perhaps like Labcorp's) to help manufacturing strains.

"I think a lot of them are a little wiser in this coming season with looking at last year's volumes and being able to do more projections on how many tests they have."