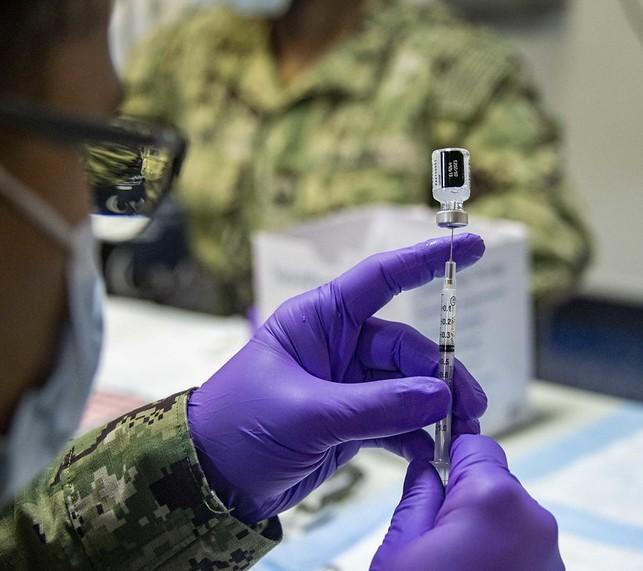 In a sudden turnabout, Pfizer and BioNTech today announced they were delaying the application process for an emergency use authorization (EUA) for their vaccine for children ages 6 months to 4 years old, and gathering more information on two and three doses of the vaccine.

The announcement comes just days before the Food and Drug Administration (FDA) was set to consider the application, and a day after the Centers for Disease Control and Prevention (CDC) had told pediatric vaccine providers to ready themselves for a Feb 21 delivery date of the mRNA vaccine.

"As part of its rolling submission, the company recently notified the agency of additional findings from its ongoing clinical trial," the FDA said in a statement. "Based on the agency's preliminary assessment, and to allow more time to evaluate additional data, we believe additional information regarding the ongoing evaluation of a third dose should be considered as part of our decision-making for potential authorization.”

In December, Pfizer released data on two 3-microgram doses of the Pfizer-BioNTech vaccine in children 6 months to 4 years. In children 2 years and older, the reduced doses did not elicit a significant immune response, and the company suggested a third dose may be needed.

Today in a statement Pfizer said an ongoing study of a third dose of vaccine administered 2 months after the primary series is "advancing at a rapid pace," and the companies will wait for the three-dose data, which they expect to have by early April, before applying for the EUA.

The FDA meeting scheduled for Feb 15 has been delayed until further notice.

Using data from a multistate analysis of 241,204 emergency department encounters and 93,408 hospitalizations for COVID-19 from Aug 26, 2021, to Jan 22, 2022, the authors found vaccine effectiveness (VE) during the Omicron-predominant period was 87% against emergency department or urgent care (ED/UC) visits and 91% against hospitalization during the 2 months following a booster dose of vaccine.

VE dropped to 66% and 78% against COVID-19–associated ED/UC visits and hospitalizations, respectively, at 4 months after a booster dose. The authors said the data mirror what has been seen in Israel.

In related news, the FDA today granted an EUA to bebtelovimab, Eli Lilly's monoclonal antibody, for the treatment of mild to moderate COVID-19 in adults and pediatric patients. Pediatric patients must be at least 12 years of age.

Bebtelovimab is effective against infections caused by the Omicron variant, but it must be administered intravenously. Eli Lilly said yesterday that 600,000 courses of the treatment, worth $720 million, have already been made available for the federal government to distribute.

Two-week COVID-19 death counts have more than doubled in Florida, Hawaii, Mississippi, South Carolina, and Virginia, according to an NBC News analysis of federal data. Twenty-three states have seen a greater than 25% increase in COVID-19 deaths over the past 2 weeks.

Meanwhile, in its latest update on SARS-CoV-2 variants today, the United Kingdom's Health Security Agency (HAS) said the proportion of BA.2 subvariant cases is increasing compared to the original Omicron variant. The rise is occurring against the backdrop of an overall decrease in cases.

As of Feb 6, the proportion of BA.2 cases, as indicated by S-gene target positivity on PCR tests, in England is 18.7%, compared with 5.1% Jan 24, which HAS said suggests the growth rate is substantial.

Based on limited sequences sampled, there are no confirmed BA.2 reinfections in those infected with the parent Omicron variant. And contact tracing data suggest the average time from symptom onset from a primary case to contacts is about a half day shorter for BA.2 than BA.1, which the HSA said might be contributing to BA.2's increased growth rate.

In other global COVID-19 news: