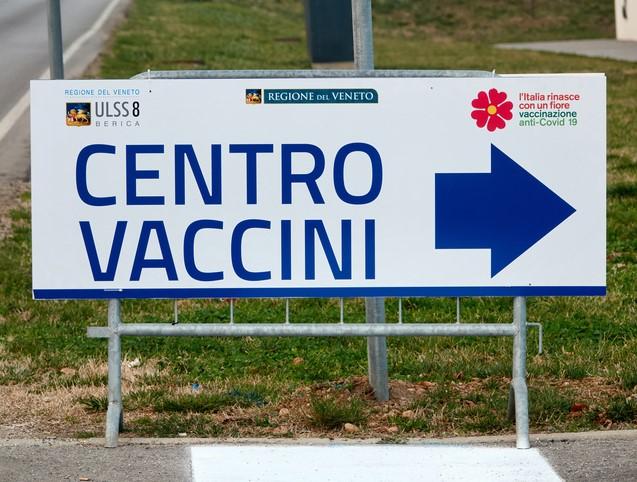 A pair of new studies in Eurosurveillance shed new light on infections, severe cases, and deaths averted by COVID-19 vaccination, one suggesting that the shots saved about 470,000 people 60 and older in Europe and one estimating that 445,000 infections, 79,000 hospitalizations, 9,800 intensive care unit (ICU) admissions, and 22,000 fewer deaths were prevented in Italy alone.

A study led by World Health Organization (WHO) researchers estimated the number of people 60 and older saved by COVID-19 vaccination in the 33 countries of the WHO European Region from vaccine rollout in December 2020 to November 2021. By Nov 8, 80% of Europeans 60 and older were completely vaccinated, and 84% had received at least one dose.

The study authors noted that more than 1.5 million people in the WHO European Region—90.2% of them aged 60 and older—have died since the pandemic began in December 2019.

The researchers estimated that the most people were saved in countries in which COVID-19 vaccines were rolled out early and uptake among people 60 years and older was high, while countries with slow vaccine rollout or vaccine campaigns rolled out in tandem with nonpharmaceutical interventions (eg, physical distancing) saw limited vaccine effects.

In a news release from the European Centre for Disease Prevention and Control (ECDC), Hans Henri Kluge, MD, MPH, WHO regional director for Europe, who was not involved in the study, called COVID-19 vaccines "a marvel of modern science."

"In some countries, the death toll would have been double what it is now without the vaccines," Kluge said. "It is therefore critically important that all Member States in the European Region achieve high coverage for people in the at-risk groups as soon as possible. … But vaccines must be accompanied by a range of preventive measures to keep transmission levels low and keep society open."

Even in countries with high vaccine coverage, some subpopulations and age-groups still have low vaccination rates, ECDC Director Andrea Ammon, MD, PhD, who was not involved in the study, said in the release. "The consequences of low vaccination rates in some countries are currently being reflected in overloaded health care systems and high mortality rates," she said. "The vaccination of older age groups must continue to be an urgent priority for saving the most lives in the weeks and months to come."

The authors called for the continuation of public health measures as free COVID-19 testing, contact tracing, and outreach to vaccine priority groups.

Another study, this one by researchers at the Istituto Superiore di Sanita in Rome, analyzed data from Italy's nationwide COVID-19 surveillance system and from the Ministry of Health vaccination portal, which were both updated on Nov 11, 2021.

Over the same period, the authors estimated that more than 60% of hospitalizations and ICU admissions were averted in people aged 60 to 69 years and 70 to 79 in all regions. Among those younger than 60 years, observed death and hospitalization rates were less than half of the expected total by the end of the study in all regions.

An estimated 74% of overall infections, 70% of hospitalizations, 75% of ICU admissions, and 62% of deaths were prevented by vaccination, considering that the average full vaccination rate was higher than 60 in all age-groups by the end of September.

The study authors said the findings show that COVID-19 vaccines have worked in Italy and that the rapid vaccine rollout for high-risk groups has averted a large number of poor COVID-19 outcomes.

"Averted hospitalisations and ICU admissions ranged between 53,209 and 148,756 and 6,434 and 16,276, respectively, and for deaths averted the range was 13,571–48,026," the researchers concluded. "Geographical areas that achieved high vaccination rates faster were able to prevent a larger number of hospitalisations, ICU admissions, and deaths over the summer months."