COVID-19 response gets more political as US deaths top 85,000 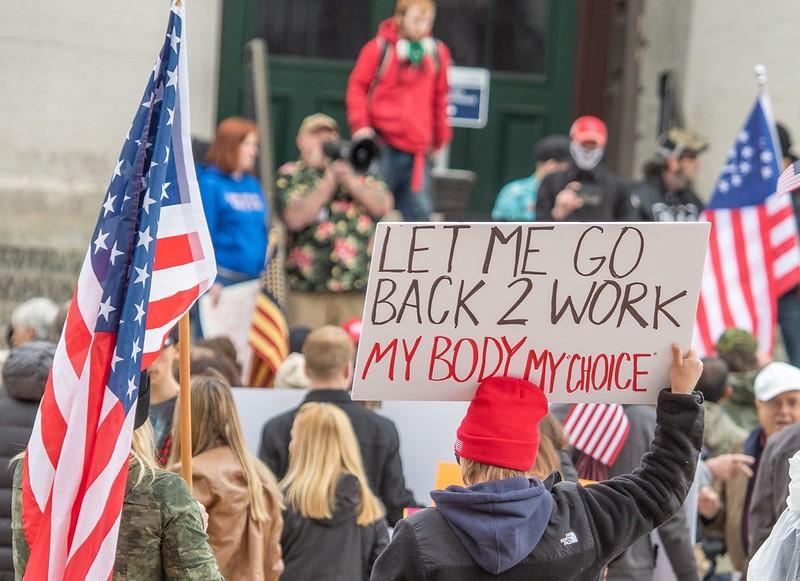 With whistleblowers testifying to members of Congress and President Donald Trump in an ongoing dispute with the nation's top infectious disease advisor, the federal response to the novel coronavirus has grown increasingly divided and political in the last week.

And the contention takes place as almost 3 million more Americans filed for unemployment benefits, raising the number of citizens who have lost their jobs or seen hours drastically reduced since mid-March to 36.5 million.

Federal Reserve Chairman Jerome Powell said yesterday that the nation could face a longer recession unless Congress steps in to provide more stimulus, according to NBC News.

"This reversal of economic fortune has caused a level of pain that is hard to capture," he said. "[And is] significantly worse than any recession since World War II."

So far, almost 130 million Americans have received stimulus payments of up to $1,200 from the U.S. Treasury as part of the CARES Act, passed in March. Tomorrow the House will vote on a new $3 trillion relief package that would include another round of payments to American households. The second round of packages would increase the money families receive for children, but some House Republicans have urged against the stimulus check, instead saying the focus needs to be on getting people back to work.

Yesterday President Trump said he was surprised that Anthony Fauci, MD, voiced concern to a Senate committee earlier this week on children returning to schools in the fall. Though Fauci clarified his statement and said he does think children could be able to return to school in most parts of the country, he told lawmakers that neither a safe vaccine nor surefire therapeutic would likely be available by August.

"I was surprised by his answer actually, because, you know, it's just to me—it's not an acceptable answer, especially when it comes to schools," Trump said about Fauci's testimony. "Look, he wants to play all sides of the equation."

Trump also told Fox News yesterday he would mobilize the military to deliver more than 300 million doses of a COVID-19 vaccine to Americans by the end of 2020. No such vaccine exists yet and is highly unlikely to be available in large quantities for many months, but Trump insisted one would be available.

Rick Bright, MD, the former head of the Biomedical Advanced Research and Development Authority (BARDA) testified in front of the House today, as part of his whistleblower complaint. Bright believes he was demoted after failing to tout the antimalarial drug hydroxychloroquine as a safe COVID-19 therapeutic.

Bright warned it would be a "dark winter in the United States" if the federal government did not soon develop a cohesive and comprehensive pandemic response plan. He also said he doubted a vaccine would be ready any earlier than 18 months, echoing comments made by Fauci earlier this week.

Today members of the House also heard from Michael Bowen, an executive at a surgical mask manufacturer in Texas, who warned there were not sufficient N95s in January to address the outbreak. Bowen’s emails about mask shortages were a key moment in Bright's testimony.

"I'll never forget the emails I received from Mike Bowen indicating that … our mask supply, our N95 mask supply, was completely decimated," Bright said today. "He said, 'We’re in deep s---. The world is, and we need to act.' " Bright said he brought Bowen's warning to the highest levels of the Department of Health and Human Services but never got a response.

Yesterday the Wisconsin Supreme Court, in a 4-3 decision, became the first court in the nation to strike down a state's stay-at-home order. According to the Milwaukee Journal-Sentinel, the ruling immediately lifts all restrictions on businesses and gatherings, but keeps in place the closure of schools until fall.

Last night and today Wisconsin's bars began to fill with unmasked patrons who were standing shoulder to shoulder, celebrating the news.

In other states with restrictions still in place, small business owners have asked local, armed militia to protect their shops and storefronts while they reopen illegally. In Texas, where salons and beauty parlors are still closed, armed militia guarded a tattoo parlor in Odessa when the owners opened earlier this week.

Similar scenes have played outside a rural Michigan barber shop earlier this week.