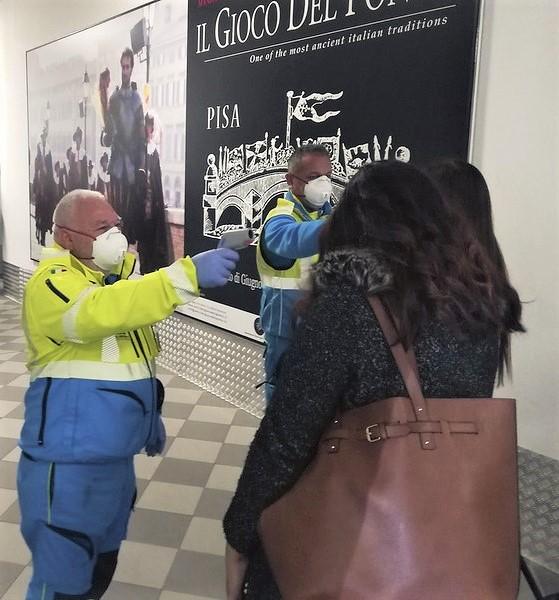 In a stark and urgent COVID-19 risk assessment update today, the European Centre for Disease Prevention and Control (ECDC) said that, in a few weeks or even days, other countries in the region may face huge surges that mirror those of China and Italy.

Reports of dire conditions in hospitals in Italy's hot spots have been circulating on social media for the past few weeks and are now appearing in medical journal and media reports. The ECDC acknowledges that high numbers of patients needing ventilation have exceeded intensive care unit (ICU) capacity in some healthcare facilities in northern Italy.

In a Lancet report today, two authors from Italy said the percentage of COVID-19 patients needing ICU treatment has ranged from 9% to 11% and that ICUs will be at maximum capacity if that trend continues for 1 more week. They predicted that Italy will need 4,000 more ICU beds over the next month, a challenge given that the country has about 5,200 ICU beds.

In the hard-hit Lombardy region, healthcare workers have been working around the clock. About 350 (20%) have been infected, and some have died, according to the report. Italy's government is considering hiring 20,000 more medical workers and providing 5,000 more ventilators. Unless the measures are implemented in the next few days, they wrote, otherwise-avoidable deaths will occur.

"Intensive care specialists are already considering denying life-saving care to the sickest and giving priority to those patients most likely to survive when deciding who to provide ventilation to," they wrote. "In the near future, they will have no choice. They will have to follow the same rules that health-care workers are left with in conflict and disaster zones."

In its assessment today, the ECDC said the risk of severe disease is moderate for the general population but high for older people and those with underlying medical conditions. Increased community transmission may exceed health system capacities in the coming weeks, it said, and countries should act now to step up hospital infection control and surge capacity.

The ECDC said estimates for hospital care suggest that most European countries could reach Hubei province scenarios by the end of March, with all countries reaching that point by mid-April.

The group urged member countries to implement social distancing measures such as cancelling mass gatherings and cordoning off hotspots early to slow outbreaks and give health systems more time to prepare for an influx of patients.

The ECDC also recommended that countries designate COVID-19 facilities to minimize the transmission to other patients and conserve personal protective equipment (PPE) and identify facilities for managing those with milder symptoms. When resources are stretched or limited, the ECDC said countries should take rational approaches to conserve testing, contact tracing, PPE use, and hospitalization for high-yield situations.

Several European countries announced more steps to curb the spread of the virus. For example, Slovakia declared a state of emergency and shut schools and major airports, and the Netherlands banned events of more than 100 people and urged citizens to work from home, if possible.

Iran, the third worst-hit country, today reported 1,075 new cases and 75 more deaths, raising its respective totals to 10,075 and 429. The country today asked the International Monetary Fund for $5 billion in emergency funding to help it battle COVID-19, its first such request since 1962, Bloomberg News reported.

In a related development, the World Health Organization (WHO) today said a 5-day expert mission with its partners, including the Robert Koch Institute and China, wrapped up work earlier this week. In a press release, the WHO said the group found that the country is moving in the right direction with its response, taking a comprehensive approach with case management, labs, and risk communication as the strong points.

However, WHO officials said more work is needed in several priority areas, including epidemiological data collection and analysis, which is key to understanding how the outbreak is evolving and what control measures are needed. Also, the group said more efforts are needed to protect healthcare workers.

South Korea today reported 114 new cases, with 6 more deaths, raising its overall respective totals to 7,869 and 66, according to the Korea Center for Disease Control. It said 80% of cases are linked to clusters, including 99 illnesses recently linked to an insurance company call center in Seoul.

In other developments in Asia: