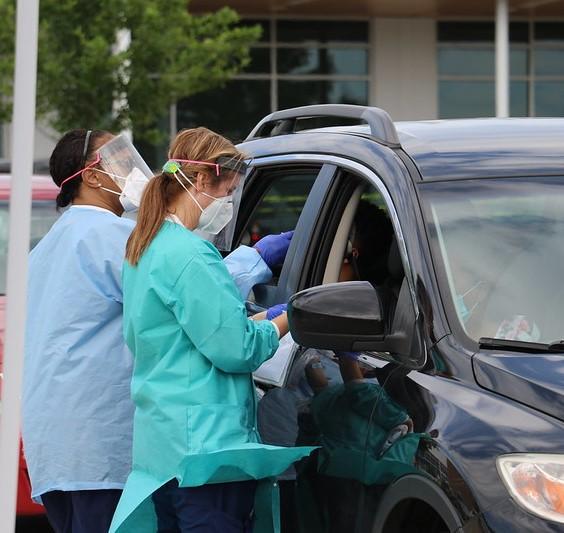 Testifying to the Senate Health, Education, Labor and Pensions Committee today about safe business and school reopenings, Anthony Fauci, MD, director of the National Institute of Allergy and Infectious Diseases, warned that the United States could see a daily COVID-19 case count of 100,000 if the current surge of cases continues.

Redfield said hospitalization rates have been going up in 12 states, and the daily death toll is now rising in Arizona. According to an analysis by the Washington Post, Texas, Arizona, Nevada, South Carolina, Montana, Georgia, and California hospitalization 7-day averages are up at least 25%  from last week.

Michael T. Osterholm, PhD, MPH, director of the University of Minnesota's Center for Infectious Disease Research and Policy, publisher of CIDRAP News, agreed it was possible the United States could see 100,000 cases per day.

"At this point, we are in Nowhere Land; we don't know what will happen," he said. "How the country will respond in the next 7 to 10 days will have an impact. But there are going to be lots and lots of cases, and we as a country have to make a decision of what we are going to do to get through the rest of the pandemic."

Osterholm said it’s currently estimated that 7% or 8% of the US population has been infected with the novel coronavirus, and any effect of herd immunity would not be seen until that number approaches 50% to 70%.

"Are we going to try to minimize as many infections as possible until we get a vaccine? Or are we going to say we have to accept these infections, and we can't lock down the economy and damage society? If that’s the case, how do we avoid overrunning hospitals and the painful impact this will have on healthcare workers?" he asked.

Osterholm said his nightmare is that healthcare workers will continue to not have sufficient supplies of personal protective equipment during a continued surge. According to a new investigation from Kaiser Health News, health workers have filed more than 4,000 complaints with the Occupational Safety and Health Administration (OSHA).

Kaiser said at least 35 of the workers died of the virus after filing complaints with OSHA, and none of the complaints led to a citation or fine.

FDA weighs in on vaccine

At the hearing today, Hahn explained new FDA guidance on COVID-19 vaccine development and said that in order to be approved, any COVID-19 vaccine will have to prevent the disease or decrease its severity in at least 50% of the people who receive it.

The group also warned lawmakers that they were currently working on plans to increase vaccine confidence among Americans and said they were worried that growing anti-vaccine sentiment would hinder a successful rollout of a COVID-19 vaccine in early 2021.

"Public confidence in vaccines is so important," said Hahn. "We have an obligation to use all of our scientific knowledge, regulatory framework to ensure that any vaccine that comes before us, whether for authorization or approval, meets our stringent standards for safety and effectiveness."

Fauci also again said that though he is cautiously optimistic, there is no guarantee the United States will have a safe and effective vaccine within the next year.

At the start of the hearing, Republican Senator Lamar Alexander from Tennessee said masks should not be political and urged President Donald Trump to don a mask in an effort to help convince his supporters that wearing a mask would be beneficial.

Yesterday, Senate Majority Leader Mitch McConnell tweeted there must be no stigma about mask wearing.

Trump, who has said he is tested for the virus daily and thus does not need a mask, has planned a campaign rally at Mount Rushmore for Jul 3. Masks and social distancing will not be required, but masks will be made available to the 7,000 or so attendees slated to attend the event.