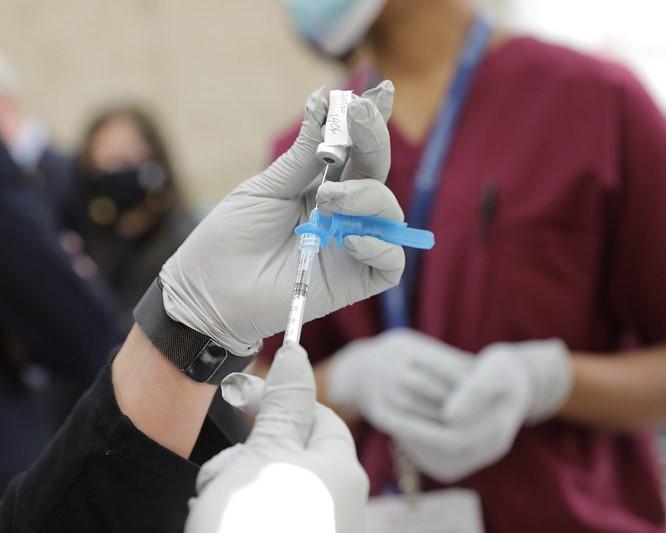 As US Food and Drug Administration (FDA) vaccine advisors prepare to consider Moderna's COVID-19 vaccine for emergency use authorization (EUA) later this week, an agency review posted ahead of the meeting made a strong case, suggesting that a two-dose regimen was safe and 94% effective at preventing disease.

The development comes as more states immunized the first people in two priority groups—health workers and nursing home residents—with the recently approved Pfizer-BioNTech vaccine and sets the stage for two vaccines to be cleared for emergency use, expanding the reach of the immunization campaign's rollout. Both are messenger RNA (mRNA) vaccines.

The FDA's 54-page report is a more detailed analysis of data that weren't in Moderna's initial efficacy findings, which it released on Nov 16. The FDA's Vaccines and Related Biological Products Advisory Committee (VRBPAC) meets on Dec 17. The FDA typically accepts the recommendations of its advisory committee.

According to the new documents, the vaccine was effective against severe disease; of 30 people with severe infections, none were in the group that received the vaccine. Like the Pfizer-BioNTech vaccine, the one from Moderna shows protection across a range of groups, including people of color, different ages, and both sexes. And similarly, temporary side effects were common, including fatigue, headaches, muscle aches, and injection-site tenderness.

However, additional data from Moderna suggest the vaccine may protect against asymptomatic infections, a key consideration in a vaccine's usefulness for preventing the spread of the virus to others. Impact on asymptomatic spread was a key question that came up in VRBPAC's consideration of the Pfizer-BioNTech vaccine, and experts say more research on the topic is needed.

Eric Topol, MD, founder and director of the Scripps Research Translational Institute, said on Twitter today that during the vaccine trial, researchers obtained nasal swabs after the first dose that showed a reduction in asymptomatic infections. He said the findings reflect an impact on blocking transmission and are very encouraging, hinting at mucosal immunity. "The data aren't conclusive but support this key benefit," he said.

Moderna's EUA application is for people ages 18 and older, which sidesteps issues the Pfizer-BioNTech vaccine faced in its bid for use in 16- and 17-year-olds, which were included in small numbers in its clinical trials. Another difference between the two vaccines is that Moderna's can be stored frozen in temperatures similar to a regular freezer, whereas the Pfizer-BioNTech vaccine requires super-cold freezer storage.

The Moderna vaccine was developed with support from the federal government's Operation Warp Speed (OWS) program in an agreement that would deliver 200 million doses with the option to buy more. Gen. Gustave Perna, chief operating officer for OWS, said the government is preparing to ship nearly 6 million doses of Moderna's vaccine to 3,285 locations in the first week after authorization, according to the Washington Post.

A new survey from the Kaiser Family Foundation suggests that Americans are warming to the vaccine, with 71% saying they will definitely or probably get vaccinated, up from 63% in September. The latest survey was conducted between Nov 30 and Dec 8, after the election and following the release of promising news about the vaccines. It found increased willingness across racial and ethnic groups and among both Democrats and Republicans.

Looking ahead for the next COVID-19 vaccines likely to be available, OWS Chief Science Advisor Moncef Slaoui said Johnson & Johnson and AstraZeneca could seek EUAs for their vaccines by February, according to Politico.

The United States is recording a 7-day average of 215,400 new cases and at least 2,300 deaths each day, according to a CNBC analysis of Johns Hopkins data. Currently, 110,549 Americans are hospitalized for their COVID-19 infections, according to the COVID Tracking Project.

Regarding intensive care unit (ICU) capacity, federal data show that about 1 in 8 US hospitals had little or no space last week, and experts quoted in USA Today fear the situation could get worse after another record week for US infections.

Texas is among the states where ICU beds are scarce, and it currently reports the fewest available since the start of the pandemic, the Texas Tribune reports.

In other US COVID-19 headlines: