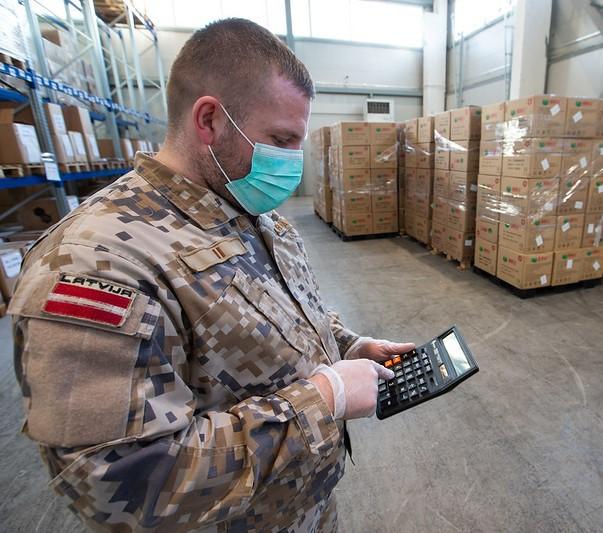 The pandemic death toll passed 100,000 today, as COVID-19 activity accelerated in emerging hot spots such as Turkey and Ecuador, and as the head of the World Health Organization (WHO) warned countries currently under stay-at-home restrictions to avoid lifting them too quickly.

With cases rising quickly on several continents, the global illness total rose to 1,677,256 from 185 countries, according to the Johns Hopkins online dashboard. Deaths reached 102,026.

WHO lays out steps for lifting restrictions

Tedros Adhanom Ghebreyesus, PhD, the WHO's director-general, said the WHO welcomes the signs of slowing in some European countries and wants to see restrictions lifted as much as anyone, but he said lifting them too quickly could lead to a deadly resurgence of cases.

"The way down can be as dangerous as the way up if not managed properly," he said, noting that key factors include controlled transmission, access to medical services, minimized risk to settings such as nursing homes, prevention measures at workplaces and other essential locations, and management of imported infection risks.

And Tedros said a key point is that communities have to be fully aware of and engaged in the transition. "Every single person has a role to play in ending this pandemic."

The WHO is alarmed about acceleration in some of the world's regions, such as Africa, and about large numbers of infections in healthcare workers. Information from a handful of countries suggests that many are exposed in the community, but there are also large risks in healthcare facilities, where patients are diagnosed late or in settings where workers don't often encounter respiratory pathogens, Tedros said. He said long shifts with inadequate rest periods and lack of personal protective equipment (PPE) also play roles.

He detailed a new United Nations supply chain task force that will scale up purchase and distribution of PPE, lab tests, and oxygen to countries that need it most, but said the initial cost estimate for storing and moving the supplies is $280 million.

Turkey locks down part of country; Italy extends its order

Turkey, one of Europe's newly emerging hot spots, ordered a 2-day lockdown for 31 of its 81 provinces, including cities such as Istanbul and Ankara, Reuters reported. The country reported 4,757 new cases today, up from 4,056 the day before.

At today's WHO media briefing, Mike Ryan, MD, head of the WHO's health emergencies program, said the outbreak appears to be centered in Istanbul, another instance of the virus striking a large city with a large mixed population. He said the country is home to vulnerable populations such as refugees and migrants, but Turkey has much experience handing natural disasters, such as earthquakes. He said Turkey frequently offers assistance when health emergencies occur overseas, and he hopes the international community will offer help in return.

In Italy, where cases have stabilized, the prime minister—as expected—extended a nationwide lockdown until May 3, Reuters reported. The measure, which went into effect on Mar 9, was scheduled to end on Apr 14. The extension will allow some shops to reopen, including bookstores and children's clothing stores.

The United Kingdom today reported a jump in cases as well as deaths, with 8,681 more illnesses and 980 more deaths. UK Prime Minister Boris Johnson, hospitalized with COVID-19 on Apr 4 and admitted to the intensive care unit (ICU) one day later, is out of ICU and his condition is improving, CNN reported today.

In France, which has the fourth most cases in the world, health officials reported 987 more deaths today, 554 in hospitals and 433 in nursing homes, France 24 reported. The country's health minister said 62 fewer people are in ICUs, a total that had dropped over the last 2 days, hinting of a possible plateau, though a high one.

Meanwhile, Spain on Monday will allow some nonessential employees to return to work with strict social distancing rules, though the country still remains on lockdown, CNN reported. Salvador Illa, the country's health minister, said that though the pandemic in Spain is slowed, the country is not yet at a de-escalation phase.

As feared, war-torn Yemen today reported its first COVID-19 case, which involves a patient who is isolated in the hospital in stable condition, the United Nations (UN) office in Yemen said in a statement. Lise Grande, the UN's humanitarian coordinator in Yemen said, "For weeks we have feared this, and now it's happened. COVID-19 is in Yemen."

After 5 years of war, people in Yemen have some of the lowest levels of immunity and are highly vulnerable, increasing the chances of higher proportions of severely ill people, she said. Only half of the country's health facilities are functioning. The WHO is providing medical supplies, test kits, and ventilators, but more support is needed to ensure that the equipment reaches the right facilities.

In South America, Ecuador today reported nearly 2,200 more cases, up sharply from 515 reported yesterday, raising its total to 7,161, with 297 deaths. There are reports that hospitals and morgues are overwhelmed in Guayaquil, one of the country's largest cities, which has 70% of the country's cases.

Mounting deaths have led the government to store bodies in large refrigerated containers and have created a shortage of caskets, with some families burying their families in cardboard boxes provided by cemeteries. The government is preparing emergency burial grounds, Reuters reported. The government is preparing emergency burial grounds at private and public cemeteries with a goal of burying about 100 people a day with a capacity of 14,000.