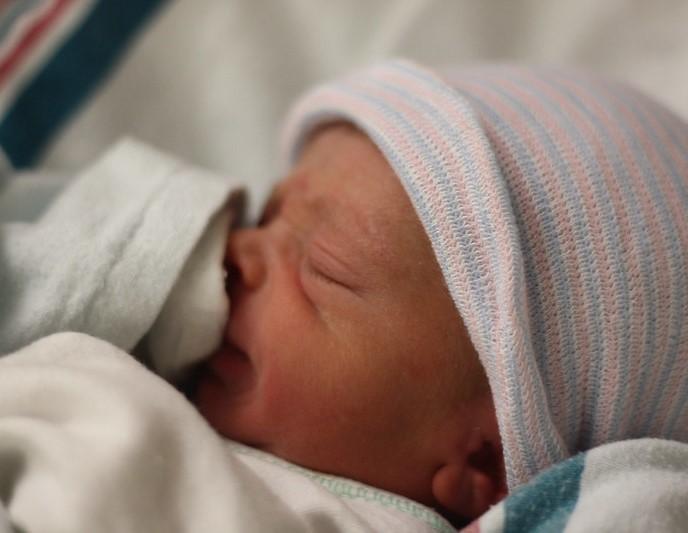 COVID-19 hospitalization rates among US infants younger than 6 months rose during Omicron variant predominance compared to the Delta period, but indicators of severe infection didn't, according to a study published today in Morbidity and Mortality Weekly Report.

The researchers noted that hospitalizations of children younger than 5 years increased faster than those in other age-groups. On Jun 22, 2022, the (CDC began recommending COVID-19 vaccination of children 6 months and older. Infants remain ineligible.

Indicators of severe disease among 1,116 hospitalized infants younger than 6 months with clinical data were generally lower during Omicron than Delta, and in-hospital deaths were rare, at less than 1%. Such indicators included length of hospital stay, the proportion of intensive care unit admissions, the use of supplemental oxygenation via high-flow nasal cannula or bilevel positive airway pressure/continuous positive airway pressure, and mechanical ventilation.

Multiple factors may be behind the high COVID-19 hospitalization rate among infants younger than 6 months during Omicron, including the high infectivity and community transmission of that variant and the relatively low threshold for hospitalizing infants for COVID-19 signs and symptoms in infants, the researchers said.

"High relative hospitalization rates in infants compared with older children, adolescents, and adults aged <65 years during the Omicron BA.2/BA.5 variant–predominant period also reflect lower rates of hospitalization in these other age groups compared with those during the Delta variant–predominant period, as immunity in older age groups has increased through vaccination, previous infection, or both," they wrote.

The authors noted that maternal COVID-19 vaccination has been proven to protect infants younger than 6 months, and both the CDC and the American College of Obstetricians and Gynecologists recommend the vaccine for women who are pregnant, breastfeeding, or planning a pregnancy.

"To help protect infants too young to be vaccinated, prevention should focus on nonpharmaceutical interventions and vaccination of pregnant women, which might provide protection through transplacental transfer of antibodies," the authors wrote.