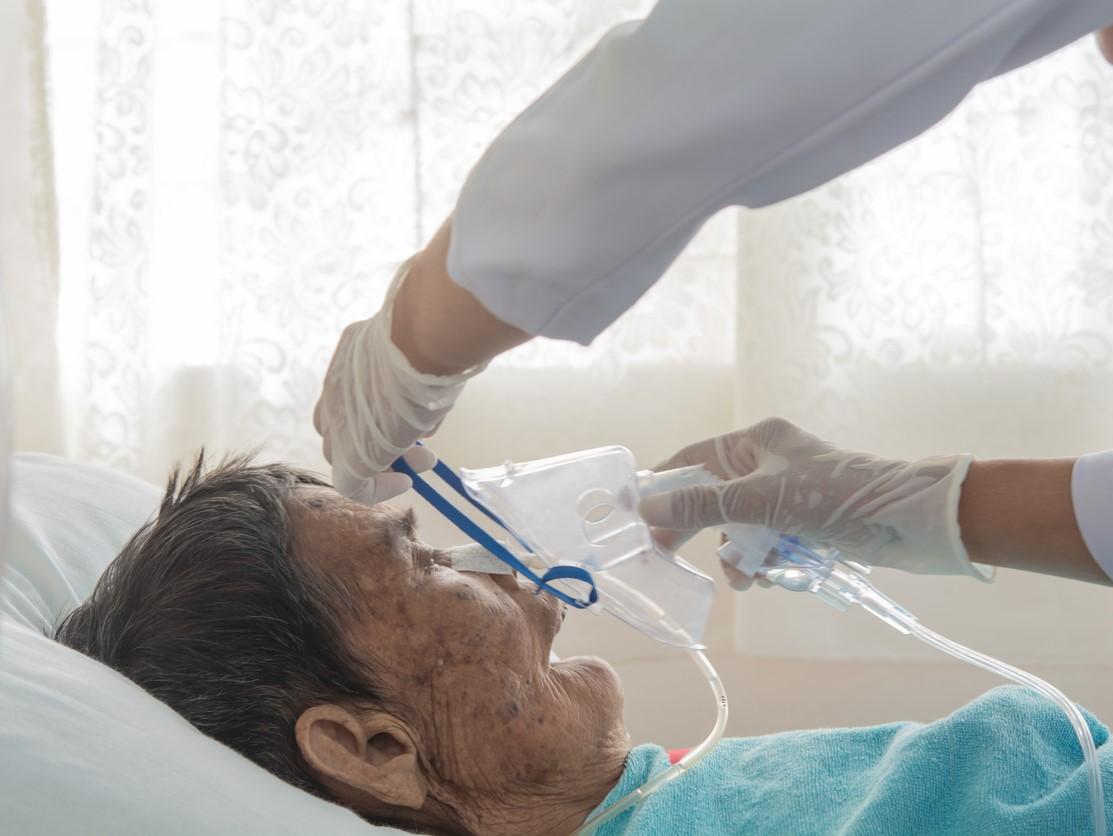 The Lancet Respiratory Medicine yesterday published the results of a clinical trial showing that the inhaled immune response protein interferon beta-1a reduced the chances of hospitalized COVID-19 patients becoming severely ill or dying of their infection.

The double-blind, randomized, controlled trial, conducted at nine hospitals in the United Kingdom, involved 98 patients recruited from Mar 30 to May 30. The patients were randomly assigned to receive either the inhaled interferon beta-1a formulation SNG001 or a placebo once daily for as long as 14 days.

Eleven of the 50 patients receiving placebo (22%) became severely ill and required mechanical ventilation or died between the first dose and day 15 or 16, compared with 6 of 48 (13%) receiving SNG001. All patients in the SNG001 group survived, while three in the placebo group died.

The odds of hospital release by day 28 were not significantly different between the two groups, at 39 of 48 (81%) in the SNG001 group and 36 of 48 (75%) in the placebo group. Twenty-six (54%) of patients receiving SNG001 and 30 (60%) receiving a placebo experienced adverse events during treatment, the most common of which was headache.

A secondary analysis showed that SNG001 patients were more than three times more likely to recover, defined by resumption of ability to resume normal activities, than those receiving a placebo at 28 days.

Interferon beta is a protein that coordinates the immune response to viral infections such as COVID-19, while at the same time the coronavirus suppresses its release. SNG001, which is delivered directly to the lungs after inhalation, has been tested in the treatment of asthma and chronic obstructive pulmonary disease but has not been approved for any indication. The injectable form of interferon beta is approved for treating other conditions, including multiple sclerosis.

Coauthor Tom Wilkinson, MBBS, PhD, MA, of the University of Southampton, said in a Lancet press release that interferon beta could restore the lung's immune response and speed recovery from COVID-19.

"Inhaled interferon beta-1a provides high, local concentrations of the immune protein, which boosts lung defences rather than targeting specific viral mechanisms," Wilkinson said. "This might carry additional advantages of treating COVID-19 infection when it occurs alongside infection by another respiratory virus, such as influenza or respiratory syncytial virus (RSV) that may well be encountered in the winter months."

The research group is now evaluating the effectiveness of interferon beta-1a in coronavirus patients before hospitalization. The authors noted that the study of the protein in patients receiving mechanical ventilation will require a delivery method other than inhalation.

In a commentary in the same journal, Nathan Peiffer-Smadja, MD, PhD, and Yazdan Yazdanpanah, MD, PhD, both of the Hopitaux de Paris, noted that in vitro and animal studies have shown that interferon beta has an antiviral effect against other coronaviruses such as the ones that cause severe acute respiratory syndrome (SARS) and Middle East respiratory syndrome (MERS).

However, they caution that early results from a different non–peer-reviewed study, the SOLIDARITY/DisCoVeRy randomized clinical trial, haven't shown that subcutaneous injectable interferon beta-1a is effective in treating COVID-19 patients, 8% of whom required mechanical ventilation. They said that the lack of efficacy may be because subcutaneous delivery doesn't directly target the lungs like inhalation does.

Peiffer-Smadja and Yazdanpanah also warn that interferon beta-1a may trigger a dangerous inflammatory response in critically ill COVID-19 patients. They also said that the trial didn't show any effect of the treatment on time to hospital release or death, meaning that larger randomized clinical trials will be required to confirm the findings.

"The safety of nebulised interferon beta-1a will be of special interest since nebulisation of interferon has no marketing authorisation for any indication yet," the commentary authors wrote. "Future trials should evaluate the effect of interferon beta-1a on inflammatory biomarkers and analyse virological data to better characterise the physiopathology underlying this drug. It will also be worthwhile to investigate whether interferon beta-1a has an impact on prolonged symptoms of COVID-19, especially pulmonary symptoms."