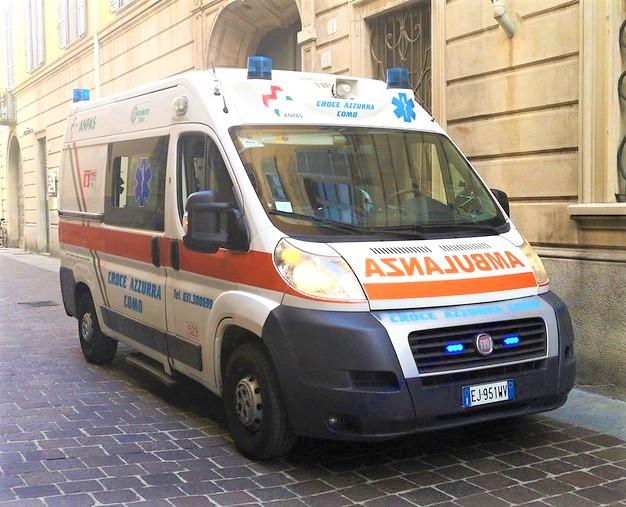 With reports of 427 more deaths reported today, Italy's fatality count has now passed China's, as case numbers continued to surge across much of Europe and the disease makes inroads on other continents, including Africa and the Americas.

In other key developments, China today had no new locally acquired cases, though it did report several imported infections, and a research team from China reported disappointing early findings for a widely available HIV drug combo (lopinavir-ritonavir) for treating hospitalized patients.

The trial by the Chinese researchers, published yesterday in the New England Journal of Medicine, included 199 patients with confirmed COVID-19 infections, 99 in the treatment group and 100 who received standard care. They saw no difference in clinical improvement between the groups, and mortality at 28 days was similar for both. Gastrointestinal symptoms were more common in the treatment group, in whom treatment was stopped early for 13 due to adverse events.

They said though they saw no benefit for hospitalized patients, future trials are needed to see if it improves outcomes in severely ill patients.

Two experts who weighed in on the findings in a related commentary said though the findings were disappointing,  the slightly lower death rate in the treatment group was intriguing. However, they added that the drug didn't seem to impact viral shedding.

The drug combo is one of four treatments that will be tested in a large international trial announced yesterday by the World Health Organization.

In other developments in China, the National Health Commission today reported 34 cases, none of which were local cases from Hubei or any other province. All were imported cases from Beijing, Guangdong province, Shanghai, Heilongjiang province, and Zhejiang province.

Italy today reported 5,322 new cases, lifting its overall total to 41,035, which is half of China's massive total, according to the health ministry's latest report. The 427 added deaths raise its overall fatality number to 3,405, which tops China's latest total of 3,245.

According to media reports, Italy's prime minister Giuseppe Conti announced that lockdown measures, which took effect on Mar 12, will be extended past the Mar 25 ending date. School closures and a ban on fan attendance at sporting events extend until Apr 3.

Conti said he hopes disease activity will peak in a few days, but he warned that some restrictions will likely remain in place even after the worst is over.

In France, officials also expect to extend the country's 2-week lockdown, Agence France-Presse reported. There are 4,461 patients hospitalized, 1,122 of them in intensive care, Le Monde reported, noting that 108 more deaths were reported, raising the fatality count to 372.

Elsewhere in Europe, Germany's COVID-19 total passed the 10,000 mark, with the addition of 2,801 more cases today, according to the latest total from the Robert Koch Institute. The country has now reported 10,999 cases, 20 of them fatal.

In other European developments, Russia reported its first death, which involves a 79-year-old woman from Moscow who had underlying health conditions, Reuters reported, noting that the country has recorded 147 cases.

Iran, the country with the world's third highest case count, today reported 1,046 new cases, lifting its total to 18,407, according to the health ministry. It also reported 149 additional deaths, raising its fatality count to 1,284.

The World Health Organization (WHO) Eastern Mediterranean regional office (EMRO) said today that 20,759 cases in the region have been reported in 22 countries, the vast majority in Iran. The next three hardest-hit countries are Qatar (452), Pakistan (302), and Bahrain (269).

One of the latest countries to detect its first case is Djibouti, according to WHO EMRO. The patient is a traveler from Spain who arrived on a military flight; other passengers on the same flight will be quarantined.

The WHO's African regional office today said Gambia, Mauritius, and Zambia have detected their first cases, raising the region's total to 633 illnesses from 33 countries, 17 of them fatal. The three countries with the most cases include Egypt (210), South Africa (150), and Algeria (82).

In the Americas, the WHO's Pan American Health Organization (PAHO) yesterday called on countries to take urgent steps to shore up their health systems and protect their healthcare workers. As of Mar 17, 37 countries in the region had reported 5,944 cases and 19 deaths. The United States accounts for the majority of the cases.

Nicaragua yesterday reported its first known case, in a man who had visited Panama, Reuters reported. Also, El Salvador announced its first, a citizen who had recently visited Italy.