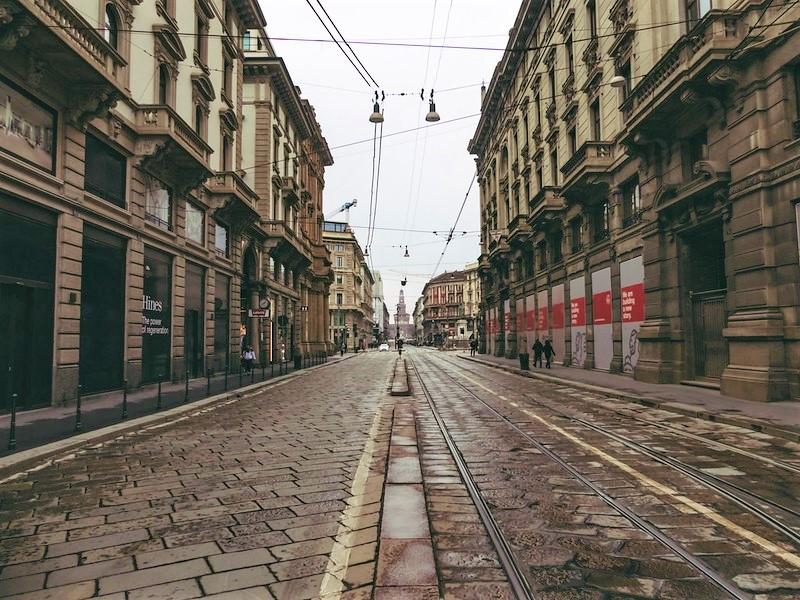 Italy's surge of COVID-19 cases continued today in the wake of a national lockdown announced yesterday, as some of the country’s neighbors closed borders and other countries in Europe, such as France, reported similar steep rises.

Meanwhile, more countries—including the Ebola-hit Democratic Republic of Congo (DRC)—reported their first cases, while cases continued to decline in South Korea, and two groups made announcements about funding to develop treatments and a vaccine.

The World Health Organization (WHO) said in its daily update today that the global total is 113,702 cases, 32,778 have now been reported from outside of China, including 4,105 new illnesses reported yesterday. So far, 109 countries have reported cases. Newly affected countries include Mongolia, which reported a case in its capital in a worker from France and the DRC, a 50-year-old man who arrived in Kinshasa from France.

Italy's health ministry today reported 977 new cases, plus 168 more deaths, boosting its totals to 10,149 cases, of which 631 were fatal. The country's government yesterday announced a nationwide lockdown, the broadest so far of the COVID-19 epidemic, due to an outbreak centered in Lombardy and neighboring regions in the north.

Along with the lockdown, Italy's government said it would suspend mortgage payments to ease the burden of the new COVID-19 restrictions.

Today, three neighboring countries—Slovenia, Malta, and Austria—reported border closures. Slovenia said its closure doesn't apply to freight, and Malta closed its border with Italy and turned away a cruise ship from Italy. Austria has also banned Italians from entering the country and imposed a 14-day quarantine on Austrians returning from Italy, according to the BBC.

Meanwhile, the pace of new cases continued to accelerate in other European countries. France reported 372 more cases, along with 3 new deaths, raising its respective totals to 1,784 and 33. France's President Emmanuel Macron today warned the country is at the beginning of its epidemic, and the government announced that the country's culture minister tested positive for the virus and is self-isolating, Reuters reported.

In Spain, health officials reported 415 new cases, plus 5 more deaths, increasing its totals to 1,646 and 35. About half of the cases are in the capital city of Madrid, with the Basque country and Rioja region as the country's other hot spots, the Financial Times reported today. Government officials announced new measures to curb the spread of the virus, including suspending Parliament meetings, banning flights to Italy, and banning large gatherings in Madrid and other locations.

In the United Kingdom, 373 cases have been reported so far, along with 6 deaths, according to an online tracker from Public Health England. Of the total, 324 of them are from England, 27 are from Scotland, 16 from Northern Ireland, and 6 from Wales. Health officials in Belfast voted last night to cancel the city's St Patrick's Day parade to slow the spread of the virus, BBC reported.

Iran's health ministry today reported 881 new cases, along with 54 more deaths, boosting its respective totals 8,042 and 291, Arab News reported today. A country health official speaking at a media briefing said deaths were up 18% from the day before and cases increased by 12%.

Several other countries in the Middle East have reported cases, and some besides Iran are reporting outbreaks, though not as large, with Bahrain, the United Arab Emirates, Iraq, and Egypt reporting dozens of cases, according to an update today from the World Health Organization Eastern Mediterranean regional office.

In other Middle East developments, Israel announced yesterday that it would place all international visitors entering the country in 14-day quarantine, according to a BBC report.

South Korea's daily totals continue to decline, with 131 new cases today and 3 more deaths, putting the country's overall respective totals at 7,513 cases and 54 deaths, according to the Korea Centers for Disease Control. Despite the drop in cases, health officials are warning of new clusters at an insurance company call center in Seoul and at a dance class in South Chungcheong province, Reuters reported.

The country has now completed testing about 200,000 members of a religious sect, which fueled a large outbreak in the city of Daegu, which has accounted for about 90% of the cases.

Efforts to speed treatments and develop a vaccine took two new steps forward today. To push the development of COVID-19 treatments, the Bill and Melinda Gates Foundation, Wellcome Trust, and Mastercard announced yesterday that they are committing $125 million on seed funding.

Called the COVID-19 Therapeutics Accelerator, the effort will coordinate research and remove barriers to drug development, Wellcome Trust said in a statement. The Gates Foundation and Wellcome Trust each contributed $50 million and Mastercard's Impact Fund committed $25 million. The Gates Foundation portion is part of the $100 million COVID-19 response that it announced in February.

Jeremy Farrar, MD, PhD, said in the statement, "Investing now, at scale, at risk and as a collective global effort is vital if we are to change the course of this epidemic. We welcome others to join us in this effort."

Also, the Coalition for Epidemic Preparedness Innovations (CEPI) today announced that it is expanding its COVID-19 vaccine portfolio by investing an extra $4.4 million in partnerships with Novavax and the University of Oxford to develop COVID-19 vaccine candidates. The extra funding boosts CEPI's overall COVID-19 investment to $23.7 million.

CEPI said the initial funding for Novavax will allow it to prepare for phase 1 trials and the money for the University of Oxford project will cover the production of vaccine materials for preclinical and phase 1 testing.