Study: COVID antibodies may fend off reinfection for 6 months 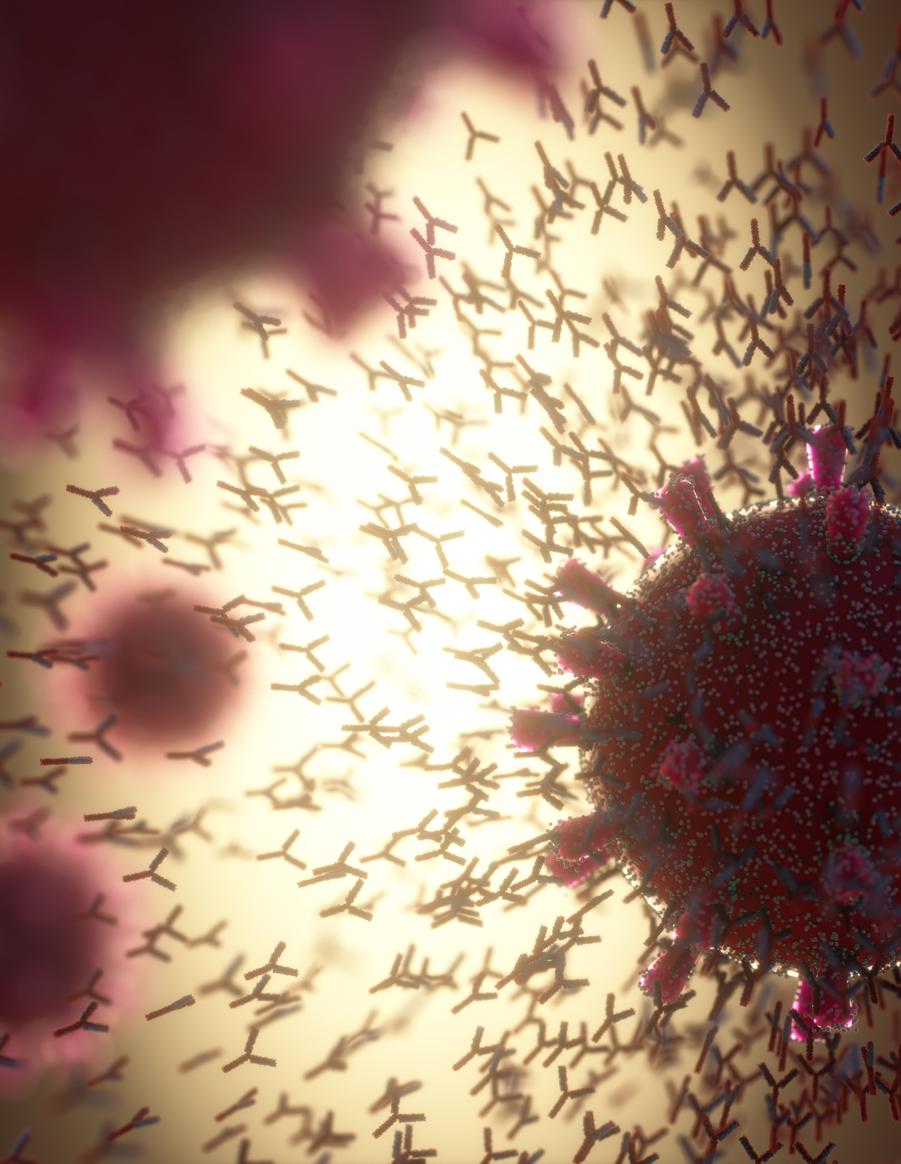 Few healthcare workers in the United Kingdom who recovered from COVID-19 and had immunoglobulin G (IgG) antibodies against the virus were reinfected over the next 6 months, according to a study published Dec 23 in the New England Journal of Medicine.

At screening, 11,364 staff members were identified has not having antibodies against SARS-CoV-2, the virus that causes COVID-19, while 1,265 tested positive for antibodies—including 88 who tested negative only later.

Of 223 workers who tested negative for anti-spike antibodies and positive for COVID-19 at initial screening, 100 were asymptomatic, and 123 had symptoms.

The worker with both antibodies had been infected with coronavirus before antibody testing; after five negative COVID-19 tests, the worker had one positive test at day 190 but no symptoms and later tested negative and had no rise in antibody levels. A fourth staff member with both types of antibodies tested positive for COVID-19 231 days after an initial infection but was negative on two later tests; subsequent antibody assays demonstrated waning levels of both types of antibodies.

Another 864 with antibodies (68%) remembered having symptoms characteristic of COVID-19 in the past, while 466 (37%) had a previous confirmed SARS-CoV-2 infection (262 with symptoms).

Of the 11,364 workers without coronavirus antibodies, 2,860 (25%) recalled having COVID-19 symptoms before screening, and 24 (0.2%) had previously tested positive for infection (all of the latter were asymptomatic).

After adjustment for age, sex, and month of screening or calendar time as a continuous variable, the incidence rate ratio in staff members with anti-spike antibodies was 0.11, and positive COVID-19 results were inversely associated with anti-spike antibody tests—regardless of whether they were above or below the positive threshold (P<0.001 for trend).

Similarly, of the 12,666 staff members in whom anti-nucleocapsid IgG was used as a marker of previous COVID-19 infection, 226 of 11,543 workers without the antibodies tested positive for COVID-19, versus 2 of 1,172 workers with antibodies (adjusted incident rate ratio, 0.11). But the rate of positive COVID-19 test results dropped with rising levels of anti-nucleocapsid antibody titers (P<0.001 for trend).

Overall, 12,479 health workers had both anti-spike and anti-nucleocapsid antibodies at baseline. Of the 11,182 staff members negative for both types of antibodies at baseline, 218 later tested positive for COVID-19, versus 1 of 1,021 workers positive for both (incident rate ratio, 0.06) and 2 of 344 with mixed antibody test results (incident rate ratio, 0.42).

The authors noted that the presence of anti-spike antibodies was linked with a much lower risk of SARS-CoV-2 infection over follow-up and that only two COVID-19 reinfections occurred in antibody-positive workers, both of them asymptomatic, "which suggests that previous infection resulting in antibodies to SARS-CoV-2 is associated with protection from reinfection for most people for at least 6 months," they said.

The researchers said that they can't conclude whether past positive antibody results or current levels determine immunity or whether the protection is conferred through the antibodies measured or through T-cell protection, which was not evaluated. They called for future studies in children, older people, and those with underlying medical conditions such as immunosuppression.

"Ongoing follow-up is needed in this and other cohorts, including the use of markers of both humoral and cellular immunity to SARS-CoV-2, to assess the magnitude and duration of protection from reinfection, symptomatic disease, and hospitalization or death and the effect of protection on transmission," the authors wrote.