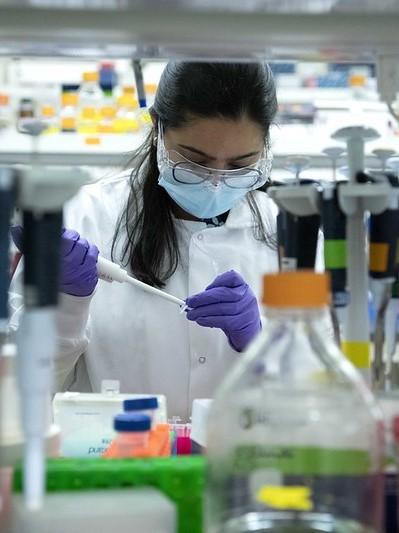 An estimated 14.3% of the US population had antibodies against COVID-19 by mid-November 2020, suggesting that that the virus has infected vastly more people than reported—but still not enough to come close to the proportion needed for herd immunity, according to a study published today in JAMA Network Open.

In the cross-sectional study, researchers from study sponsors Pfizer and Merck analyzed data from random community seroprevalence surveys and five such regional and national Centers for Disease Control and Prevention (CDC) surveys to estimate infection underreporting multipliers. Seroprevalence surveys reveal the proportion of a population that has antibodies against a certain disease, such as COVID-19.

After adjusting for underreporting using validated multipliers, the analysis revealed an estimated median 46,910,006 infections with SARS-CoV-2, the virus that causes COVID-19; 28,122,752 symptomatic infections; 956,174 hospitalizations; and 304,915 deaths from April to mid-November.

According to those numbers, 14.3% of Americans had been infected with the novel coronavirus by Nov 15, 8.6% had symptomatic infections, with an infection-hospitalization ratio of 2.0% and a case-fatality ratio for people with symptoms of 1.1%.

The authors noted that seroprevalence surveys are essential to monitoring progress toward herd immunity, which occurs when roughly 60% of a population has antibodies that can help slow community transmission. In comparison, reported case numbers are underestimates due to many symptomatic people not seeking testing or medical care and the estimated 40% who have no symptoms.

"The US population remains a long way from herd immunity even with millions of new infections each week," the researchers wrote. "The number of estimated COVID-19 deaths is also remarkably more than the reported deaths in the US through November 15, 2020, supporting the conclusion that approximately 35% of COVID-19 deaths are not reported."

They added that several methodologic issues need to be considered when using seroprevalence surveys to derive underreporting multipliers for the purpose of adjusting disease surveillance data to estimate the burden of illness. These issues include time from infection to antibody development, antibody waning, and reporting of confirmed infections. The multipliers also shift over time with changes in the proportion of the population who have been tested, diagnosed, and reported.

"A sensitivity analysis of the CDC seroprevalence surveys suggested that using the number of reported cases at the end of the survey period provides a useful estimate of the underreporting multipliers, particularly early in the pandemic," the authors said. "Therefore, the number of reported cases on the last day of the seroprevalence survey was used in the COVID-19 disease burden estimation in this study."

The researchers concluded that surveillance must continue to measure progress toward herd immunity. "Additional seroprevalence surveys are warranted to monitor the pandemic, including after the development of safe and efficacious vaccines," they said.