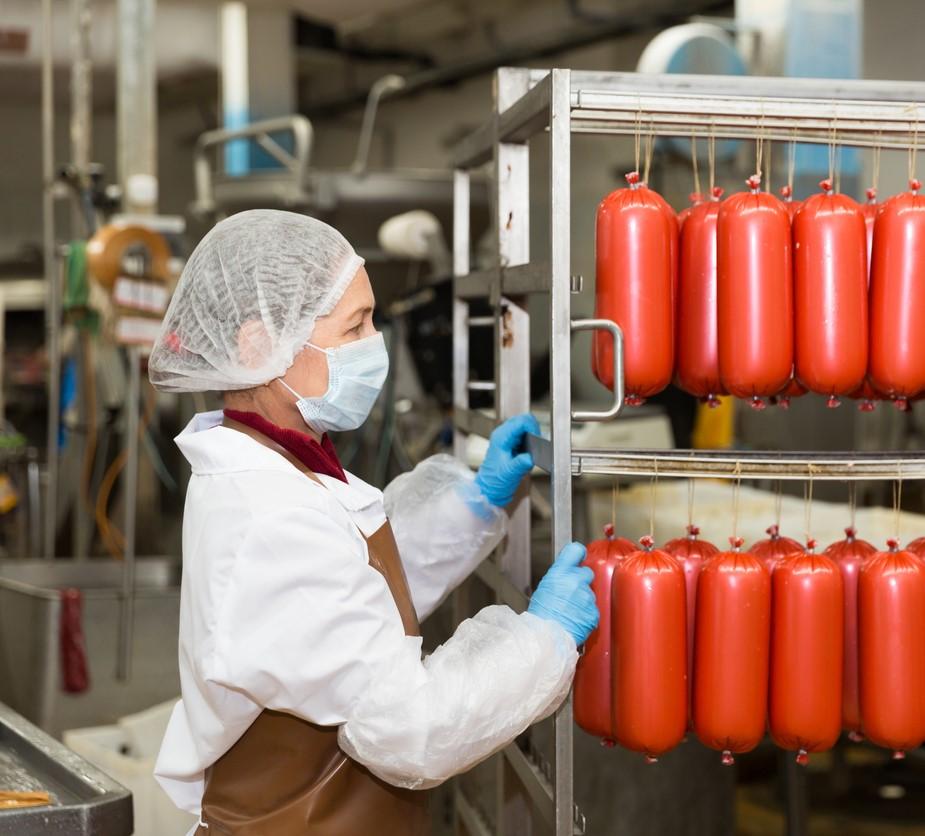 Over the weekend several meat and cheese processing plants across the country closed in light of COVID-19 infections among employees, prompting the head of Tyson Food to declare that the food supply chain in the United States is breaking.

John Tyson, chairman of the board of Tyson Foods, took out a full-page ad in several newspapers yesterday, explaining that processing plant closures lead to tremendous food waste and a potential shortage of meat products across the country.

"Millions of animals—chickens, pigs and cattle—will be depopulated because of the closure of our processing facilities," Tyson wrote. "The food supply chain is breaking." Last week, Tyson closed a pork-processing plant in Waterloo, Iowa—one of the nation's biggest—after 180 employees tested positive for COVID-19. Late last week, the company announced it would test all 2,800 plant workers for the novel virus.

Early in April, Tyson also closed a plant in Columbus Junction, Iowa, for 2 weeks after hundreds of employees were infected, including two fatally. Iowa has seen a spike in COVID-19 cases within the past week, and recorded 349 new cases today, according to the Des Moines Register. The state has a total of 5,868 COVID-19 cases and 127 deaths.

According to the Associated Press, about 25% of the nation’s meat packing plants have been shuttered within the last 2 weeks.

In Illinois, Smithfield shut down two plants after refusing to comply with local health orders. According to WBEZ Chicago, Smithfield has had to close plants in Cudahy, Wisconsin, Martin City, Missouri, and Sioux Falls, South Dakota, after workers tested positive for the virus.

A plant belonging to JBS in Green Bay, Wisconsin, is now the site of that state's largest linked outbreak, the Green Bay Press Gazette reports. JBS Packerland, a beef plant, is the site of 189 cases of COVID-19, and Brown County, where the plant is located, had 776 cases as of yesterday afternoon.

In Fort Morgan, Colorado, Leprino Foods shut down a cheese processing plant yesterday after a high number of employees tested positive for the virus. A JBS beef plant in Greely, Colorado was closed for 9 days earlier this month, after hundreds of workers also contracted the virus.

Yesterday the Centers for Disease Control and Prevention (CDC) issued new safety guidance for employees and employers of meat and poultry processing plants.

As part of the nation's critical infrastructure, workers at plants may be permitted to continue work following potential exposure to COVID-19, as long as they are asymptomatic and additional precautions are implemented to protect them, the CDC said.

The CDC said workers often work close to one another on processing lines, stand together for long 10-12 hours shifts, and have high contact in the community outside of work. The CDC recommends plants look at physical distancing in the work space, installing plexiglass barriers where possible, and increase air ventilation systems.

Texas Governor Greg Abbott announced today that the state's stay-at-home order will expire on Apr 30, and businesses will open in phases beginning this Friday, while President Donald Trump in a phone call with governors suggested some states should reopen schools before the end of the academic year, according to the New York Times.

In Texas, retail stores, restaurants, movie theaters and malls will be allowed to reopen with limitations on Friday, with occupancy no more than 25%. Today some businesses in Colorado, Minnesota, and Mississippi opened.

Yesterday, Governor Andrew Cuomo of New York said some businesses outside of the New York City region may open as soon as May 15, but warned social distancing will still be the rule in the weeks to come.

Finally today, the Food and Drug Administration (FDA) is reportedly dealing with the fallout of faulty antibody tests, after 120 manufacturers and labs brought the tests to American markets without an agency review, according to Politico.

Antibody tests have been hailed as the key to reopening states, and necessary with a virus that features asymptomatic transmission. But reports of widespread false positives and negatives in New York and California, two states that have started using antibody tests more widely, have ledto criticism of the FDA for not overseeing the tests more closely.

The FDA said it is close to finalizing a plan that would require makers of new antibody tests to apply for emergency use authorizations.