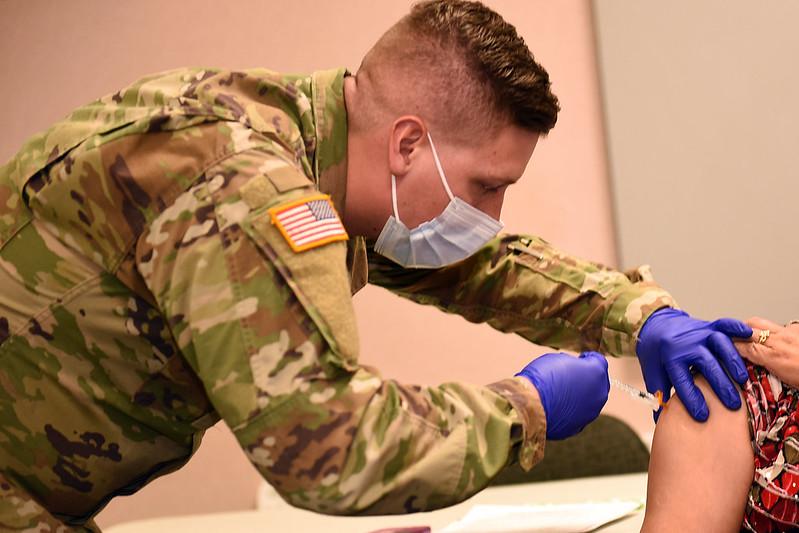 Amid concerns about the identification of a more-transmissible coronavirus variant in Colorado and mounting frustration over the slow pace of COVID-19 vaccination, the third wave of coronavirus infections in the United States continues unabated.

The US reported 201,555 new COVID-19 cases yesterday, and 3,725 virus-related deaths, according to data from the Johns Hopkins Coronavirus Resource Center. The nation's total number of cases has climbed to 19,653,653, with 340,956 deaths. The COVID Tracking Project reports that 124,686 Americans are currently hospitalized with COVID-19, and 22,838 are in intensive care units.

There have now been more than 71,000 COVID-19 deaths in December, the deadliest month of the pandemic. Among the recent deaths is 41-year-old congressman-elect Luke Letlow, who died yesterday at a hospital in Shreveport, Louisiana, from COVID-19 complications. Letlow won a Dec 5 runoff election to represent Louisiana's 5th Congressional District.

At a press conference this morning, Colorado governor Jared Polis and state health officials provided additional information on the confirmed coronavirus variant case identified yesterday by the Colorado State Laboratory, along with a suspected case.

State epidemiologist Rachel Herlihy, MD, MPH, said the B.1.1.7 variant of the virus was confirmed in a Colorado National Guard member in his 20s who was deployed on Dec 23 to support staffing at a nursing home in Simla, Colo. The nursing home currently has an ongoing COVID-19 outbreak, and National Guard personnel at the facility are routinely tested. Tests conducted on Dec 24 and analyzed at the state lab confirmed the case and identified a suspected case in another National Guard member working at the facility.

Herlihy said investigators are trying to determine whether the two National Guard members acquired their infections while working at the nursing home or elsewhere. The state deployed a team to the facility yesterday to collect and test specimens from residents and staff.

Herlihy said investigators are also tracing all contacts of the two cases outside of the nursing home in the 2 weeks before they were deployed to the facility and during the time of their deployment. She noted that neither of the individuals had traveled internationally in the weeks prior to their illness.

Both the confirmed and suspected cases are isolating, and identified contacts have been ordered to quarantine for 14 days.

Colorado Department of Public Health and Environment Scientific Director Emily Travanty, PhD, said scientists at the state laboratory detected the confirmed case through genomic sequencing of 24 virus samples that had been flagged for further investigation because they contained genetic clues that indicated they might be B.1.1.7 variants.

"Upon genome sequencing, it was found to have seven key signature mutations associated with the B.1.1.7 variant," she said.

Analysis of the suspected case is ongoing, and an additional 12 samples are in line for further sequencing, Travanty said.

Polis noted that although this is the first confirmed US case of the B.1.1.7 variant in the United States, there are likely others that have yet to be detected, particularly in states that have more interaction with the United Kingdom, where the variant was first identified.

Although the B.1.1.7 variant is estimated to be up to 70% more transmissible, there is no evidence yet that it causes more severe disease or reduces the efficacy of COVID-19 vaccines.

In a conference call with reporters, officials with the Centers for Disease Control and Prevention (CDC) said that national and state laboratories around the country are conducting testing to determine the prevalence of B.1.1.7 in the United States and identify other variants, according to CNBC. They also warned that the variant could put further stress on US hospitals.

Meanwhile, at a press briefing today in Washington, DC, Operation Warp Speed officials answered questions about COVID-19 vaccine administration, which has been slower than anticipated. The most recent data from the CDC COVID Data Tracker show that more than 12.4 million doses of the Pfizer-BioNTech and vaccine have been distributed, but only 2.5 million doses have been administered.

While Operation Warp Speed chief scientific officer Moncef Slaoui, PhD, and chief operating officer Gen. Gustave Perna both acknowledged that the number of doses administered so far is smaller than hoped, Perna said a 72 to 96 hour lag in data reporting suggests that more doses have been administered than is currently reflected in the CDC data. He also cited the holidays and three recent snowstorms as possible factors that have slowed initial uptake.

But both men expressed confidence that the pace of vaccination will pick up.

"Vaccine allocation or uptake usually starts out a little slow, and then it increases exponentially, and very rapidly," Perna said. "I believe uptake will increase significantly as we go forward."

In Minnesota, where 297,350 doses of vaccine have been allocated and 38,284 doses administered to date, Kris Ehresmann, RN, MPH, of the Minnesota Department of Health told reporters that the vaccine is getting administered as quickly and efficiently as possible.

"Vaccine is not just coming in to the state and sitting; it's moving to where it needs to go, and providers are administering it," she said. "It's moving through the system as it's made available to us."

Ehresmann explained that the number of doses administered will not instantly match the number allocated because receiving, preparing, and administering vaccines takes time. She said that some doses have to be redistributed to other sites from the primary provider that received them, and that there are processes vaccination sites need to follow before they can start administering shots.

"This is a new vaccine with new processes that have to be put in place, and that adds some time to the process," she said.