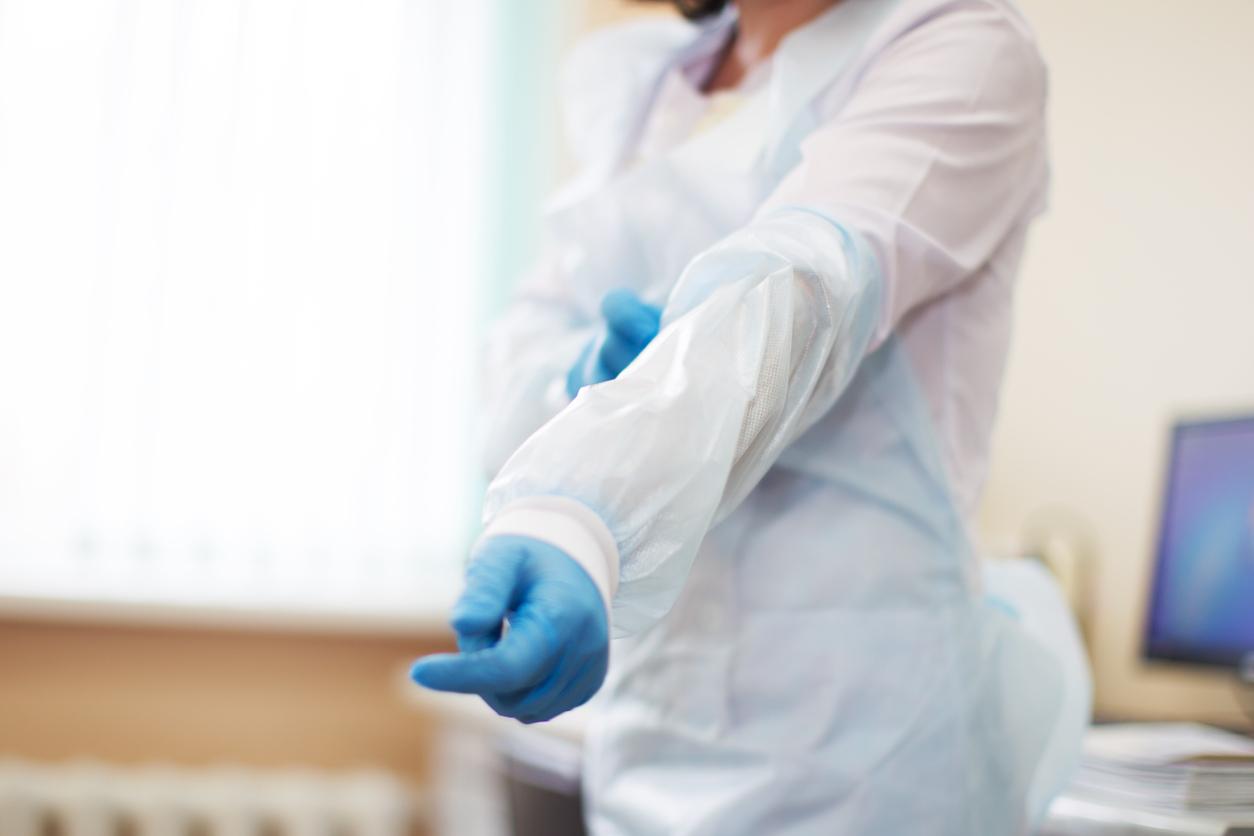 The World Health Organization (WHO) today warned of severe coronavirus-related disruptions in the personal protective equipment (PPE) supply, with increased demand—including some inappropriate use—leading to inflated prices and shortages for healthcare workers who need the equipment most.

In other developments, the number of daily novel coronavirus (2019-nCoV) illnesses from China fell slightly for a second day in a row, with 3,143 new cases reported.

At a media telebriefing today, Tedros Adhanom Ghebreyesus, PhD, the WHO's director general, said the group has been working with PPE stakeholders to assess the supply and ensure that equipment flows to where it's needed most.

From the WHO's assessment, demand for PPE is up to 100 times higher than normal and prices are up to 20 times higher, exacerbated by widespread inappropriate use outside of patient care. There are now depleted stockpiles and a 4- to 6-month backlog. "Global stocks are now insufficient to meet the needs of WHO and its partners," he said, adding that responders need 7% to 10% of market capacity to protect China's frontline healthcare workers.

The WHO said it discourages stockpiling in areas where transmission is low, and Tedros called on all countries and companies to work with WHO to ensure fair and rational use of supplies and balance the market. "We all have a part to play in keeping each other safe," he said.

WHO officials said the problem doesn't relate to surgical masks worn by the public, but rather PPE materials used in medical care, such as N95 masks.

Mike Ryan, MD, who heads the WHO's health emergencies program, said there are many stakeholders across the PPE network, including raw-materials providers, manufacturers, wholesalers, distributors, and retailers. "This is not an easy problem to solve," he said, adding that the public and private sector need to cooperate closely so that health workers who need it aren't without PPE.

Ryan said disruption isn't a sign that the private sector failed, "but there are normal market forces that need to be managed." Health officials are hoping to define a minimal amount of supply that needs to be protected so the right materials get to the right people at the right time, he added.

Earlier today, China reported 3,143 new cases, the second decline in as many days, bringing the outbreak total to 31,161 cases, according to the latest update from the country's National Health Commission (NHC). There were 73 more deaths, 69 of them from Hubei province, raising the fatality count to 636.

Officials reported 962 serious cases, putting that total at 4,821. So far, 1,540 patients have recovered and been discharged from the hospital.

At today's briefing, Tedros said it's too soon to say if China's outbreak has peaked, noting that epidemiological curves can zigzag.

Also at the briefing, Maria Van Kerkhove, PhD, the WHO's technical lead for MERS-CoV, said that from data the WHO has seen on 17,000 of China's cases, 82% are mild, 15% severe, and 3% critical. She noted that so far, only one amplifying event in a healthcare setting—a hallmark of Middle East respiratory coronavirus (MERS-CoV)—has been reported in China's outbreak.

In other developments in China:

Clinicians from Wuhan today reported their observations from the largest case series so far on patients hospitalized with 2019-nCoV pneumonia. Their report covers 138 patients who were hospitalized from Jan 1 to Jan 28 at Zhongnan Hospital in Wuhan and appears today in the Journal of the American Medical Association (JAMA).

Hospital-associated transmission was suspected for 41% of patients, which the authors said reflects rapid human-to-human spread. The healthcare-related cases included 40 healthcare workers and 17 patients. Of the infected health workers, 31 worked on general wards, 7 in the emergency department, and 2 in the intensive care unit (ICU). Ten of the health workers and 4 patients are thought to have been infected by 1 patient who had abdominal symptoms and was admitted to the surgical department

Among the 138 patients, fever, fatigue, and dry cough were the most common symptoms. The median age was 56 years and just over half (54%) were men.

Chest computed tomography showed bilateral patchy shadows or ground-glass opacity in all patients. The lab findings were similar to those for patients infected with SARS (severe acute respiratory syndrome) and MERS-CoV.

The team found that 26% of patients required ICU admission and 4.3% died. Those admitted to the ICU were older and had more underlying health conditions. However, the proportions of men and women were equal, which differed from an earlier study that showed a tilt toward males. The authors said the higher proportion of men in the earlier studies likely reflected the number of patients who worked at the seafood market, most of whom were male.

US support for response

The US State Department today announced that the government is prepared to spend up to $100 million in existing funds to help China and other countries, directly and through multilateral organizations, according to a department statement.

Earlier this week, the WHO unveiled a response strategy for battling the outbreak over the next 3 months, which came with a request for $675 million to fund the plan.

The State Department added that it has helped transport nearly 17.8 tons of donated medical supplies to China, including PPE, respirators, and other materials.

"The United States is and will remain the world’s most generous donor. We encourage the rest of the world to match our commitment. Working together, we can have a profound impact to contain this growing threat," the department said.