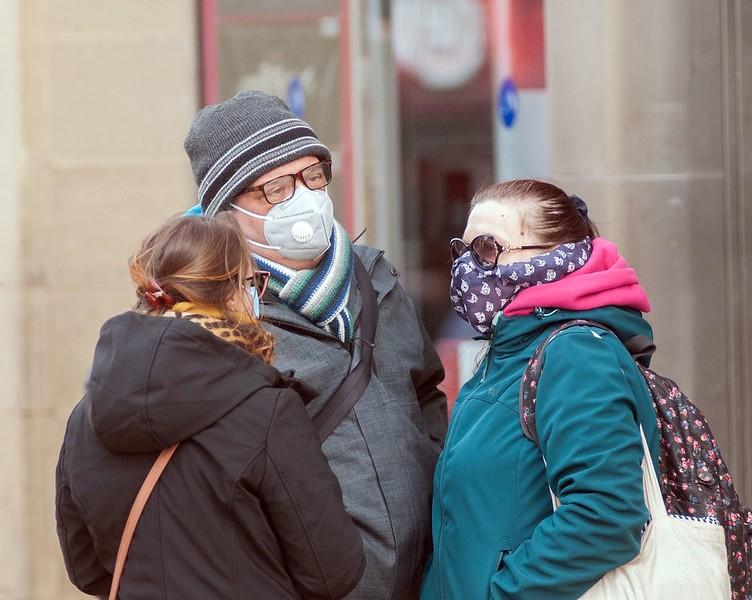 In other developments, more nations, including the United Kingdom and India, ordered countrywide lockdowns, and officials confirmed that the Tokyo Summer Olympics will be postponed until 2021.

As expected, the International Olympic Committee (IOC) president and Japan's prime minister issued a joint statement today that said after reviewing COVID-19 developments, they concluded that the Tokyo games should be rescheduled to no later than summer 2021 to safeguard the health of athletes, everyone involved in the games, and the international community. The event was expected to draw about 11,000 athletes from about 200 countries.

The IOC said the Olympic and Paralympic games next year will keep 2020 as part of the event name and that the Olympic flame will stay in Japan.

After slight decreases in reported daily cases over the past 2 days, Italy's number today was higher, with 5,249 cases, compared with 4,789 yesterday, for a total of 69,176, according to the health ministry. Similarly, the number of deaths today, at 743, were up from the 601 reported yesterday.

In the United Kingdom, Prime Minister Boris Johnson yesterday announced a national stay-at-home order that will last for 3 weeks and be enforced by the police, affecting a population of about 66.5 million. The order shutters nonessential businesses, closes public gathering places, and bars gatherings of more than two people, except for those who live in households and those attending funerals.

UK health officials today said they are working with military planners and engineers to open a new 500-bed hospital in London next week to treat COVID-19 patients. So far, the UK has reported 8,077 cases, 422 of them fatal.

China reopens much of Hubei province

China's government today eased restrictions in most of Hubei province, which has been on lockdown for the past 2 months, the Associated Press reported. The exception is the city of Wuhan, China's former epicenter, where restrictions remain until Apr 8.

In other developments, China today reported 78 new cases, including the first from Hubei province (Wuhan) in 5 days, according to the National Health Commission. Of the new cases, 74 were linked to international travel.

In a weekly update today, the WHO's African regional office said COVID-19 activity is intensifying in Africa, with 12 more countries reporting their first cases over the past week, bringing the affected number of countries on the continent to 43. Also, the region reported 868 cases last week, the highest so far in a single week.

Five countries are experiencing local transmission: South Africa, Algeria, Burkina Faso, Senegal, and Cameroon. All but six countries in the region have reported local infections in contacts of imported cases. The WHO said many of the cases are still linked to travel and that the region still has a window of opportunity to contain the disease.

Elsewhere, Iran today reported 1,762 cases, up from 1,411 reported yesterday, lifting the overall total to 24,811. The country also reported 122 more deaths, putting the death count at 1,934. The WHO said yesterday that it has delivered another shipment of medical supplies to Iran, the seventh so far. Among the contents were lopinavir and ritonavir medications to allow health workers to treat patients enrolled in research studies that are part of a large international collaboration.

Last week in an update, the WHO's Eastern Mediterranean regional office said Iran's health ministry has launched a self-assessment tool that directs sick patients, if needed, to 16-hour treatment clinics that can diagnose and treat the disease, then refers patients to hospital or home care, as needed.

And finally, India's President Narendra Modi today ordered a 21-day lockdown for the whole country, affecting 1.3 billion people, according to a National Public Radio report. In an address to the people, the president warned that if the measure fails to curb the virus, it would set India back 21 years. He also pledged $2 billion to bolster the country's health system.

India has reported 536 cases, 37 of them fatal. And the WHO has warned of accelerating outbreaks in South Asian countries.