Dog, cat owners with COVID-19 often pass it to pets 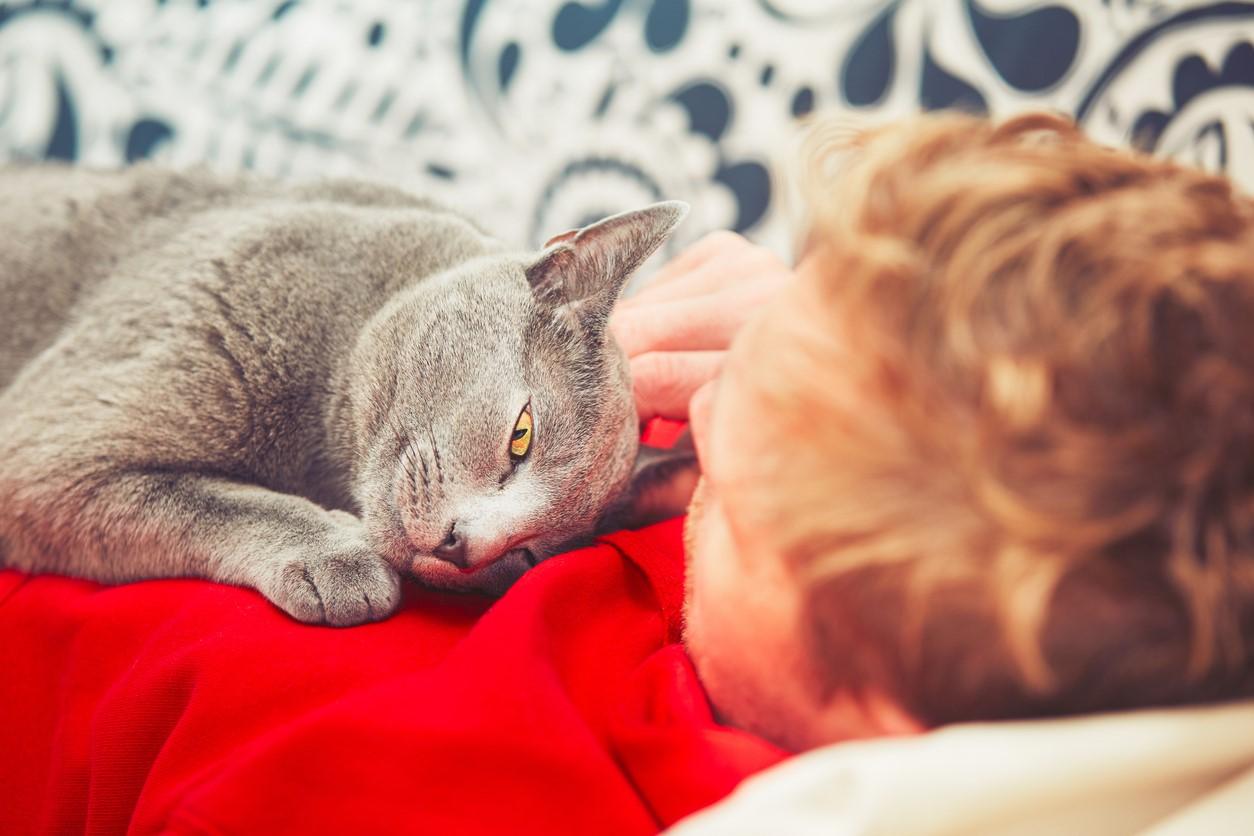 Two new unpublished studies suggest that people who have COVID-19 often spread it to their dogs and cats—particularly if they share a bed with their cats—although the pets usually have no or mild symptoms but in a few cases might have severe disease.

The studies will be presented at the virtual European Congress of Clinical Microbiology & Infectious Diseases (ECCMID) from Jul 9 to 12.

No evidence pets can infect people

According to an ECCMID news release on the first study, researchers at Utrecht University in the Netherlands dispatched a mobile veterinary clinic to 196 homes of dog and cat owners who had tested positive for COVID-19 from 2 to 200 days before. Veterinary staff obtained nose-throat and rectal swabs from the pets to test for active coronavirus infection, as well as blood samples to test for antibody evidence of previous infection.

None of the eight cats and dogs living in the same homes as the pets that tested positive for coronavirus became infected, suggesting that the virus didn't spread among the animals. The researchers said that previous studies that found that COVID-19 was more common in pets of infected owners than in pets with no such contact point to human-to-pet transmission rather than pet-to-human spread.

The researchers also said that the results show that human-to-pet COVID-19 transmission is common. Lead study author Els Broens, DVM, PhD, said that people who have COVID-19 should avoid contact with pets as well as people.

"The main concern, however, is not the animals' health—they had no or mild symptoms of COVID-19—but the potential risk that pets could act as a reservoir of the virus and reintroduce it into the human population," she said in the release.

"Fortunately, to date no pet-to-human transmission has been reported. So, despite the rather high prevalence among pets from COVID-19 positive households in this study, it seems unlikely that pets play a role in the pandemic."

A second ECCMID news release details a study out of the University of Guelph in Canada that involved testing 48 cats and 54 dogs of 77 COVID-19 survivors for coronavirus antibodies. The owners were asked how they interacted with their pets, including whether they petted or kissed them and whether they permitted them to sit on their lap, sleep in their bed, or kiss or lick their face.

Eleven (20%) of owned dogs had symptoms, most often lethargy and loss of appetite. Some dogs had a mild, transient cough or diarrhea. Thirteen owned cats (27%) had symptoms, most commonly a runny nose and difficulty breathing. While most cases were mild, three were severe.

The amount of time dogs and owners spent together and the type of contact they had didn't change the dogs' odds of infection. But that wasn't the case with cats, which were at higher risk of coronavirus infection the more time they spent with their owners, especially if they shared a bed.

The researchers said that cats have biological factors that make them more vulnerable than dogs to COVID-19, such as viral receptors that allow the virus to more easily infect cells. Cats are also more likely than dogs to sleep near their owner's face, which increases their exposure to the virus.

They added that because the infection rate in animals with owners was higher than in those at the shelter and the stray cats, humans are more likely spreading the virus to pets than vice versa, something previous studies have also shown.

Lead author Dorotheee Bienzle, DVM, PhD, recommends that infected owners keep away from their pets and not allow them into their bedroom. "I'd also recommend that you keep your pet away from other people and pets," she said in the release.

"While the evidence that pets can pass the virus on to other pets is limited, it can't be excluded," she added. "Similarly, although pets have not been shown to pass the virus back to people, the possibility can't be completely ruled out."