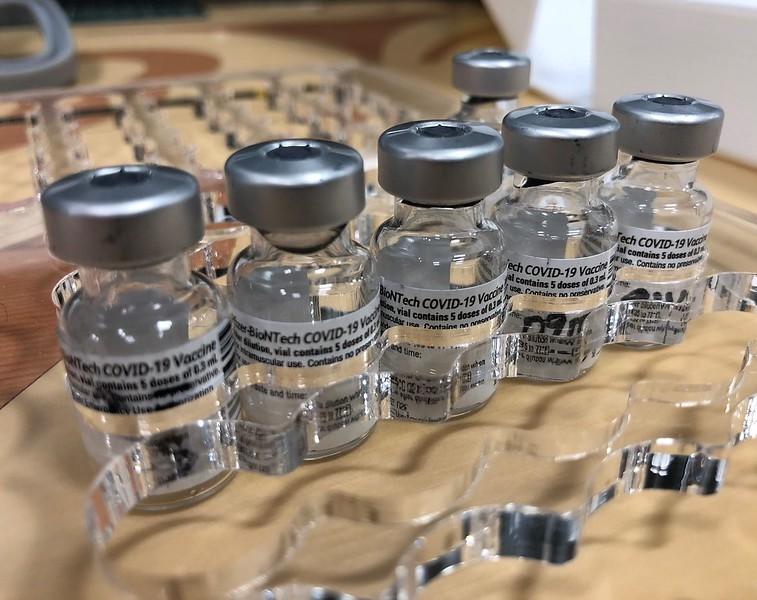 Federal vaccine advisors today approved a third booster dose of Pfizer-BioNTech's COVID-19 vaccine on an emergency use basis, but only for the most vulnerable groups, which includes those age 65 and older and people at high risk of severe disease.

The final vote passed unanimously on an 18 to 0 vote. An initial vote on broader third doses in those age 16 and older failed 16 to 2, based on questions about safety and whether third doses would do much to decrease transmission.

The nonbinding decision from the Food and Drug Administration (FDA) Vaccines and Related Biological Products Advisory Committee (VRBPAC) will influence how the White House rolls out booster doses next week, part of stepped-up efforts to tamp down the nation's Delta (B1617.2) variant surge.

The booster dose would be given 6 months after receiving the second dose. In the middle of August, federal health officials approved a third dose of Pfizer-BioNTech COVID-19 vaccine for people who are moderately or severely immunocompromised. Some developed countries such as Israel and the United Kingdom have already launched third doses across broad parts of their populations.

VRBPAC made its decision in a high-pressure setting, not only due to White House policy issues, but also from international efforts to push high-income countries to delay booster doses as a way to free up more supply for developing countries.

At the start of today's meeting, however, Peter Marks, MD, PhD, who directs the FDA's Center for Biologics and Research, encouraged the group to hold a vigorous scientific debate, but pressed them to focus on Pfizer's booster dose application and not US policy and global equity implications.

The group's discussion also came in the midst of a spate of new data this week on waning immunity and booster doses, especially a large study in Israel that found that a third dose substantially reduced COVID-19 cases and severe illness in those ages 60 and older.

At the start of the group's main debate today, Marks said VRBPAC is asked to weigh "complex data that is evolving in front of our eyes." He urged the group to fully consider the Israeli data and noted that third doses are recommended for some other infectious disease to mount a mature immune response.

Some of the group's hesitation today circled around lack of full safety data for a third dose, given questions about rare reports of myocarditis in males ages 16 to 29.

Several experts weren't comfortable extrapolating safety data from older people to younger age-groups. They also wrestled with whether a booster could help reduce transmission, especially given the more transmissible Delta variant and when considering groups that are vulnerable, such as children that can't yet be vaccinated and older people.

In narrowing the voting question after the first vote failed, some members said people at occupational risk, such as healthcare workers should be included. Arnold Monto, MD, VRBPAC's acting chair, said Centers for Disease Control and Prevention (CDC) vaccine advisors could fine-tune recommendations when they meet next week. Marks also signaled that FDA officials could tweak VRBPAC's recommendation.

FDA officials will make a final decision, which is expected to come soon. The FDA often follows the recommendations of VRBPAC, which is made up of outside experts.