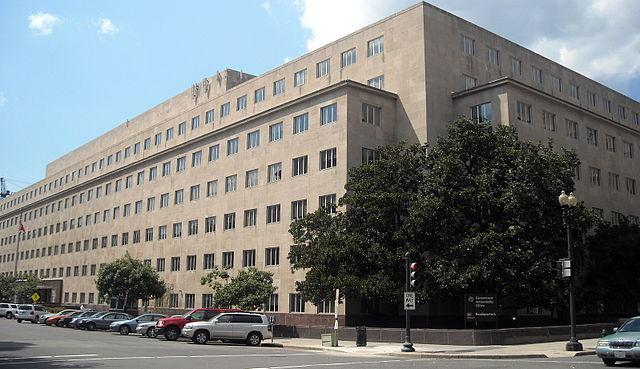 In its seventh report about the Coronavirus Aid, Relief, and Economic Security Act (CARES), the US Government Accountability Office (GAO) yesterday made 15 recommendations around topics such as program integrity and preparedness for future public health emergencies.

"GAO's recommendations, if effectively implemented, can help improve the government's ongoing response and recovery efforts as well as help it to prepare for future public health emergencies," the authors write.

Previous reports have included 72 recommendations, 16 of which are fully in place right now, according to the report. The relevant government agencies have agreed with 57 of the actions, and most are in the process of being executed.

Part of the report looked at the approximately $484 billion that went to the US Department of Health and Human Services (HHS) to be distributed as pandemic aid.

GAO recommended that HHS increase communication and facilitation of the COVID relief funds by creating time frames in its spending plans when it submits them to Congress. In response, "HHS partially concurred with the recommendation and stated that the department would aim to incorporate some time frames on planned spending where that information may be available such as time frames for select grants to states," the report says.

The report also highlighted relief funds involving the Department of the Treasury and the Internal Revenue Service (IRS). While the Treasury was the one to allocate $500 billion of relief funding to states, localities, tribal governments, and other entities, the authors recommended that the Office of Management and Budget assist with the required single audits. GAO also recommended that the Treasury, in coordination with the IRS, assess and improve its outreach strategy to those who may not file with the IRS but were eligible for the direct economic impact payments (EIPs).

Back in January, the Treasury had begun analyzing nearly 9 million notices it had sent to nonfilers who might be eligible for the first round of EIP payments, but the project wasn't set to be complete until this fall—more than 6 months after the third round of EIPs was being issued, GAO reports.

A few of GAO's other recommendations looked at the country's ability to combat future public health emergencies. For instance, the report re-emphasized a key recommendation from its January report: to engage with non-federal stakeholders and Congress and develop a supply chain strategy before the next pandemic, particularly for personal protective equipment such as respirators, masks, and gloves. Since then, however, GAO says HHS has not developed any framework to start this process.

Another example involves the Strategic National Stockpile (SNS), which GAO says is currently defined as a "short-term stopgap buffer" during emergencies. Prior to the pandemic, the Office of Assistant Secretary for Preparedness and Response (ASPR) began restructuring the SNS' keeper, the Public Health Emergency Medical Countermeasures Enterprise (PHEMCE). During this time, ASPR did not conduct SNS annual reviews from 2017 to 2019, and GAO notes that there has been a lack of documentation around restructuring choices and medical countermeasure issues, which can involve the SNS.

GAO wants more, not only asking for better records management practices in general but adding, "The [PHECME restructuring] plans should describe how ASPR will ensure a transparent and deliberative process that engages interagency partners in PHEMCE responsibilities outlined in the Pandemic and All-Hazards Preparedness and Advancing Innovation Act of 2019, including those related to SNS annual reviews."

First, GAO suggests that the CDC work with stakeholders to have a plan for dealing with surges in laboratory testing. Second, it recommends that CDC analyze its needs for manufacturing and deploying diagnostic test kits during public health emergencies, which could result in establishing pre-emptive contracts with test kit manufacturers.

"While continuing to get 'shots in arms' remains a priority for the federal government, other important steps are needed as well to ensure the economy and the nation can fully rebound from the pandemic and be prepared for the future," said Gene L. Dodaro, comptroller general of the United States and head of the GAO, in a press release.

"The COVID-19 pandemic has shown that improving the federal process for developing infectious disease testing and increasing laboratory capacity should be a top priority."