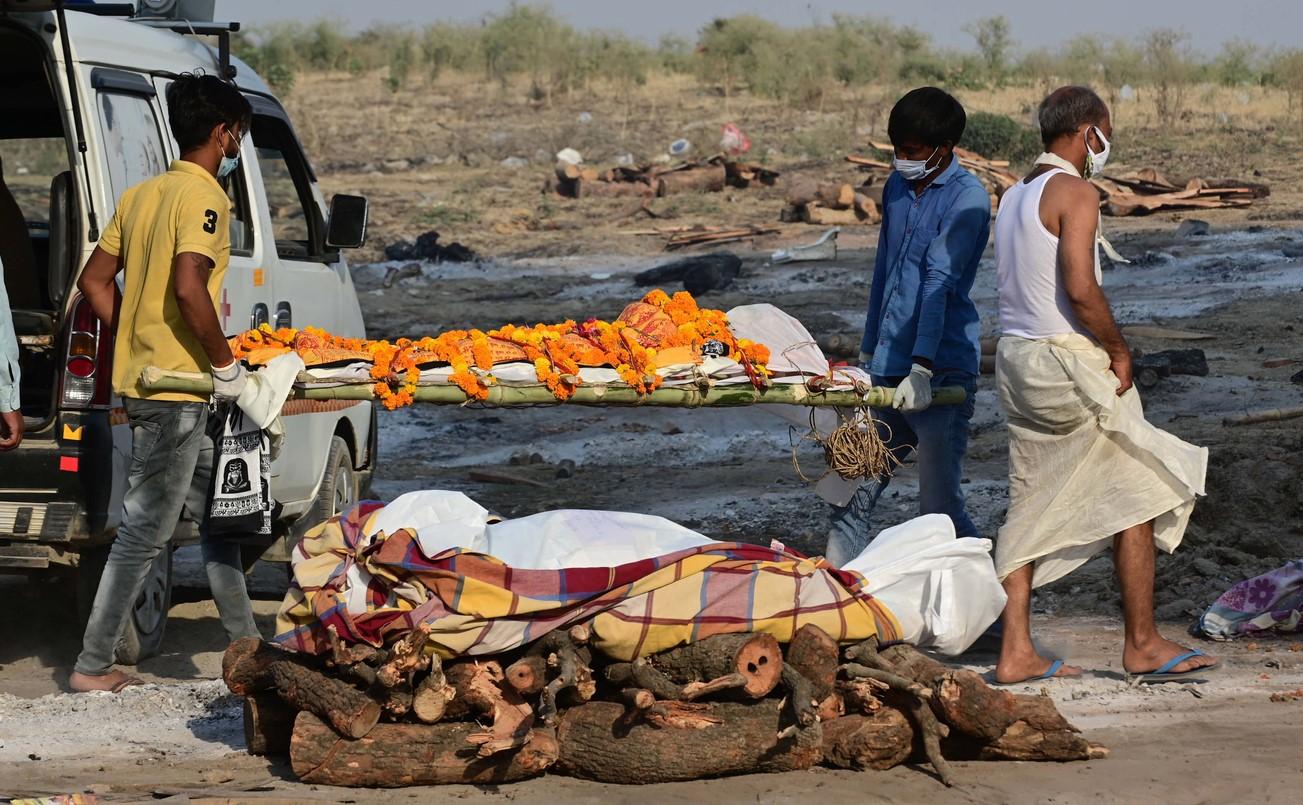 India's COVID-19 total topped 25 million cases, and though cases dropped below 300,000 for 2 days in a row, the country today reported a daily record for deaths, with 4,387 reported, thought to be a large undercount as the virus spreads to more rural areas with less testing and healthcare capacity.

As India's total edges closer to that of the United States, some Asian countries continue to grapple with their new surges, including Taiwan, which is experiencing its biggest outbreak of the pandemic.

So far, it's not clear if India's cases have peaked — earlier reports have noted a drop in cases in New Delhi, but with spread to more rural areas where surveillance data aren't as clear.

In Gujarat state, located on the country's western coast, authorities evacuated more than 200,000 people who were in the path of a Cyclone Tauktae, the country's largest in more than 20 years, according to Reuters. The people were tested for COVID, masks have been provided, and rescue groups made efforts to observe social distancing.

Gujarat and Mumbai postponed their vaccination drives yesterday due to the cyclone, and according to CNN, COVID patients were evacuated from hospitals low-lying areas and relocated to other facilities. Reuters said some power supply disruptions at hospitals were reported, but officials said service has been restored to 29 COVID hospitals so far.

In other Indian developments, officials in Delhi union territory announced a compensation plan for the families of people who died from COVID, and federal government sources said the country probably won't be able to resume COVID vaccine exports until October. The early rollout of vaccine though the COVAX program, designed to ensure equitable global access, hinged on AstraZeneca-Oxford vaccine made by the Serum Institute of India. However, the country has had to divert its production to its own population, due to the catastrophic COVID surge.

Taiwan today reported 245 cases, a day after reporting a single-day high, according to CNN. Most of the local spread is occurring in the capital city Taipei. Health officials have been tightening restrictions and today announced that all schools in Taiwan will close for 10 days.

In Japan, a Tokyo doctor's group urged the country's prime minister to cancel the postponed Olympic Summer Games in the city, according to the Washington Post. They said the health system can't handle the extra demand as it weathers the country's latest COVID surge.

Elsewhere, Malaysia today reported more than 4,800 cases, the highest since the end of January, as well as 47 deaths, a record daily high for the country, according to the Straits Times. Health officials linked the surge to the spread of variant viruses and that the health system is under severe stress. They are also paving the way for employers to buy vaccine for their workers in an effort to speed immunization.