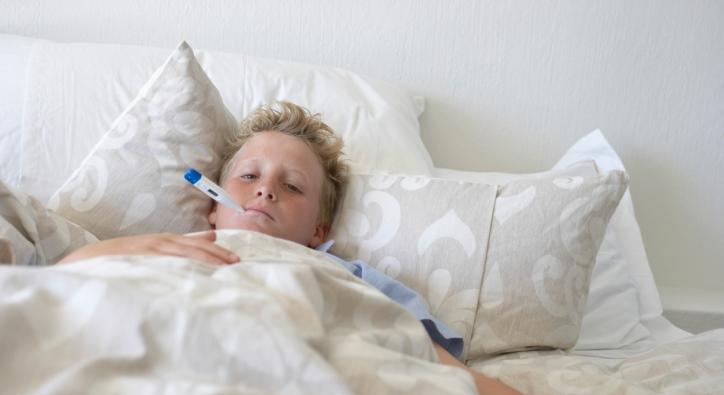 The latest findings on influenza activity in the United States show a confusing pattern, with some markers down, others up, and states and regions seeing widely varying levels of cases.

The Centers for Disease Control and Prevention (CDC) reported today that the percentage of medical visits for influenza-like illness (ILI) dropped last week, but flu is now widespread in 40 states, compared with 35 last week. The agency said it's too soon to tell if the season has peaked.

"While ILI fell nationally, some states are showing increasing activity while others are declining as different states are at different points on the epidemic curve," CDC spokeswoman Erin Burns told CIDRAP News.

Meanwhile, California officials said today that their state had 38 flu-related deaths last week, and they described the season as severe, at least so far. At the same time, 16 states reported minimal flu activity last week.

"I think we can say that so far this appears to be a pretty severe season in terms of looking at mortality as a measure of severity," said California State Epidemiologist Gil Chavez, MD, MPH, at a press conference.

The CDC said 10 flu-related deaths in children were reported last week, doubling the seasonal total to 20. Also, the share of all deaths attributed to pneumonia and influenza rose to 7.5% last week, putting it above the current epidemic threshold (7.2%) for the first time this season.

The 2009 H1N1 virus continues to be the overwhelmingly predominant strain, officials say. Compared with typical seasonal strains, the virus seems to have a greater capacity to cause severe illness in working-age adults.

The share of medical visits for ILI last week was pegged at 3.6%, which is above the national baseline of 2.0% but below the previous week's 4.4%, the CDC reported. Also down slightly was the proportion of respiratory samples that tested positive for flu: 25.1%, versus 26.2% a week earlier.

The incidence of hospitalization is still highest in elderly people and those under age 5, which is typical, said Burns. But working-age adults (ages 18 through 64) still account for most (61%) hospital cases, which is unusual, though reminiscent of the 2009 H1N1 pandemic, she noted.

Flu is listed as geographically widespread in 40 states, up from 35 a week earlier. But just 14 states, most of them south-central, reported high flu activity, which is down from 20 states the previous week. Another 12 states had moderate activity, while the rest reported low or minimal cases.

Given the data, Burns said, "I don’t think we can say yet that the flu season has peaked. There are large parts of the country that have had little or no flu activity yet this season. While some states are declining in terms of ILI activity, others are increasing.

"I think we’re going to have to watch over the next few weeks to see whether ILI stabilizes, or it’s possible it might increase again, but I think the experts think it’s likely we still have several weeks of nationwide high ILI ahead of us. We also saw our severity markers [deaths and hospitalizations] go up this week, and I think we can probably expect to see a continuation of that trend as well."

Burns said flu vaccine is still available around the country, though there may be some spot shortages. "There is still vaccine available for purchase from manufacturers. But people may need to hunt around a bit to get vaccinated at this point, depending on where they are," she said. "It’s still a good idea to get vaccinated if people haven't yet, especially in parts of the country where activity has started more recently or has not really taken off yet."

She also observed that it's important for high-risk people who develop flu symptoms to get medical attention quickly, because early antiviral treatment can make a big difference in outcomes.

Genentech, manufacturer of Tamiflu, said yesterday that an earlier shortage of the liquid formulation of the drug has been resolved. "We . . . now anticipate having sufficient supply of both the liquid and capsule forms of Tamiflu to meet demand for this flu season," said company spokeswoman Tara Ianucillo.

She said some localized shortages of liquid Tamiflu could still occur in the face of widespread flu, but pharmacists can mix capsules into a liquid to make it if need be. The liquid form is typically prescribed for children under age 13 and people who have difficulty swallowing. She noted that there has been no shortage of 75-milligram Tamiflu capsules.

The CDC reported finding no more flu isolates that were resistant to oseltamivir or zanamivir (Relenza), with the seasonal total remaining at 13.

Although a CDC map shows California as having moderate flu activity, state officials today characterized the season as severe for now.

"Flu activity continues to increase statewide, including reports of hospitalizations, severe disease and the number of deaths," said Ron Chapman, director of the California Department of Public Health (CDPH), in a press release. "We are clearly in the midst of what appears to be an earlier peaking, severe flu season, and I encourage everyone who has not yet gotten a flu vaccination to do so."

At the press conference, Chavez, the state epidemiologist, said the 38 flu-linked deaths last week, including 2 in children, raise the state's season total to 45. He said another 50 deaths are under investigation and likely to be confirmed as due to flu, which would boost the total to 95. In contrast, only five deaths had been reported at this point in last year's flu season, he said.

Chavez cited the predominance of the 2009 H1N1 virus as the main factor in the death toll. "We do know that when H1N1 predominates there appears to be more fatalities," he said.

He said the great majority of those who died had not been vaccinated, and "a predominance" of them had underlying medical conditions. The 2009 H1N1 virus is included in this year's vaccine.

Chavez noted that the CDPH decided after the 2009 pandemic to designate flu-related deaths in adults under age 65 as reportable. "Deaths in younger individuals are very rare, so when we have those deaths, it's an indicator of severe flu activity in the state. In the last 3 years it's been a very good marker for us," he said.

In Canada, flu activity continued to increase last week, but only certain regions of Alberta and Quebec reported widespread cases, according to today's weekly update from the Public Health Agency of Canada (PHAC). Most of the country had localized or sporadic activity.

The agency said this year's activity trend looks similar to last year's but is lagging behind it by 2 to 3 weeks. However, more than 90% of confirmed cases this year have involved the 2009 H1N1, versus only 10% last year. Also, a larger share of cases involve people between the ages of 20 and 64 than those 65 and older, which is a change from last year.

The PHAC said it's too early to predict when the season will peak.

In Europe, the European Centre for Disease Prevention and Control (ECDC) said the flu season is now under way, citing widespread ILI in three countries and a growing number of countries in which the percentage of flu-positive respiratory specimens is rising.