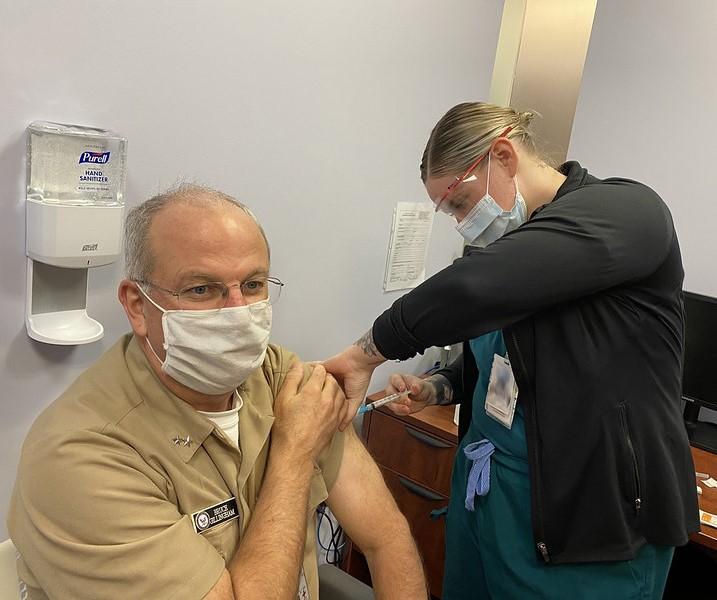 Researchers involved in a multicenter randomized trial published last week in JAMA Network Open concluded that the high-dose influenza vaccine doesn't significantly reduce death from any cause or cardiopulmonary hospitalizations in patients with high-risk heart disease beyond that of the standard-dose vaccine. But other flu experts say the trial was flawed and hope clinicians will continue to recommend high-dose vaccines to older, at-risk patients.

Michael Jackson, PhD, MPH, a scientific investigator at Kaiser Permanente Washington Health Research Institute, said that the results of the study shouldn't change the clinical practice of providing high-dose vaccines to older adults. "It doesn't change the calculus for that group," he said. "We already recommend high-dose vaccines for seniors, and that's independent of this study."

Edward Belongia, MD, an infectious disease epidemiologist and the director of the Center for Clinical Epidemiology & Population Health at the Marshfield Research Institute in Wisconsin, said he was troubled by the trial design and its implications.

"That trial, I think, was unlikely to succeed right from the beginning because they used the nonspecific clinical end points of all-cause mortality and cardiopulmonary hospitalization without requiring lab-confirmed flu," he said. "I attribute lack of benefit in this trial to the way it was defined, not due to a lack of efficacy for preventing flu and related complications."

Compared with the standard-dose quadrivalent (four-strain) flu vaccine, the high-dose trivalent (three-strain) flu vaccine has been associated with a lower risk of flu infection, particularly in those with heart disease, who may have a weak immune response to vaccination and remain vulnerable to serious complications.

The researchers involved in the Influenza Vaccine to Effectively Stop Cardio Thoracic Events and Decompensated Heart Failure (INVESTED) study sought to determine whether the high-dose vaccine would lower all-cause death and cardiopulmonary hospitalizations in this high-risk group. The study involved 5,226 participants who had been recently hospitalized for a cardiovascular event and had at least one additional risk factor at 157 sites in the United States and Canada over three flu seasons, from Sep 21, 2016, to Jan 31, 2019.

Results 'not surprising,' given trial design

A number of design components, Belongia said, compromised the study, starting with choosing the outcomes of all-cause death and cardiopulmonary hospitalizations, which have very little to do with the flu.

"The impact of flu vaccination on all-cause mortality is very low, because even during flu season, most deaths and cardiopulmonary hospitalizations are not influenza-related," he said.

He added that in a population vulnerable to cardiac events, one wouldn't expect to see much difference in those outcomes from one vaccine to another: "Most of the cardiopulmonary events in the trial were likely unrelated to flu infection, so it's not surprising that vaccination with HD [high-dose] or SD [standard-dose] vaccine did not make any difference."

Jackson said the trial design was also one of his major concerns, especially the aim of detecting an 18% relative efficacy. "It's going to be difficult to find a very small effect when the study isn't large enough to do that," he said.

Relative vaccine efficacy is also very unstable because it depends on, in addition to the effectiveness of the standard-dose vaccine, the different flu strains circulating from year to year. "There was an analysis of Medicare beneficiaries relative to relative vaccine efficacy in two different seasons, and in one season they estimated it as 36% in 2012 to 2013 and 2.5% the following season," Belongia said.

"I don't think the INVESTED trial tells us much at all about the efficacy of high-dose relative to standard-dose vaccines."

The larger body of evidence

Belongia said that he remains in favor of high-dose flu vaccines for all people 65 years and older. "There's just a large body of data showing that the high-dose vaccine provides greater protection in relation to standard-dose vaccines," he said, citing studies that have shown relative efficacy against influenza A infection of 24% and 18% relative efficacy in preventing hospitalization or death possibly caused by the flu. "It's not dramatically better, but there is an improvement."

Jackson concurred. "We have a number of other sources of evidence for preventing influenza that the high-dose is better than a standard dose for seniors, so we don't need this study to justify high-dose vaccination for seniors," he said.

A commentary in the same JAMA Network Open issue echoed this sentiment. Centers for Disease Control and Prevention flu experts Manish Matel, MD, MS, and Timothy Uyeki, MD, MPH, MPP, wrote, "The findings from this trial should not be interpreted to mean that influenza vaccines are ineffective or that protection conferred by [high-dose vaccine] is equivalent to [standard-dose vaccine] against laboratory-confirmed influenza in this population."

Belongia advises clinicians to rely on trials conducted with specific end points connected directly to the flu to inform their vaccination practice. "I just hope clinicians will be aware of the larger body of literature that shows the incremental benefit of high-dose vaccine over the standard-dose vaccine," he said. "The results of the study need to be interpreted in terms of that larger body of literature."