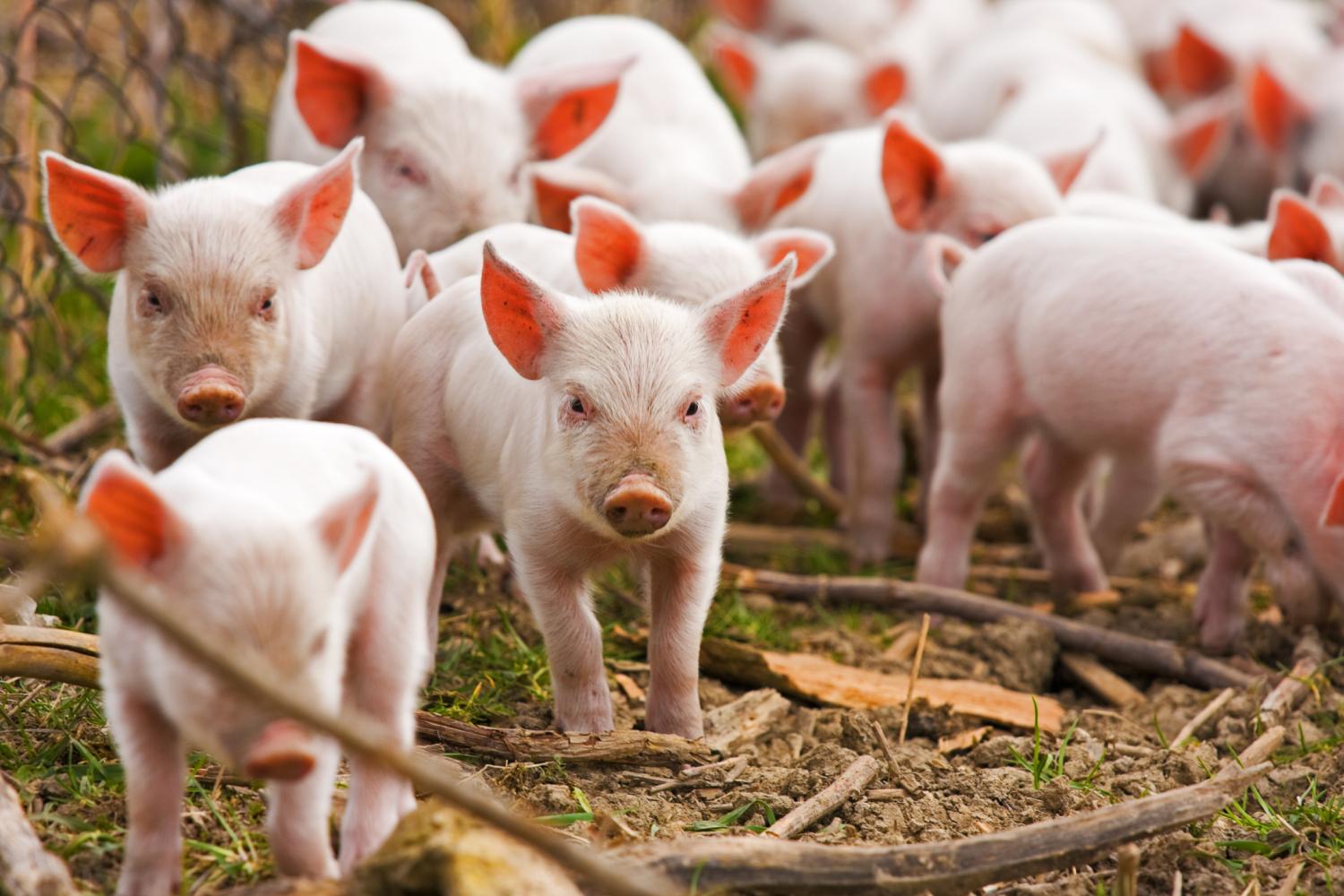 Researchers found that some piglets vaccinated against H1N2 flu got severe pneumonia and lung damage after they were infected with the 2009 H1N1 virus, suggesting that cross-reactive antibodies triggered by the vaccine made symptoms worse., iStockphoto

During the 2009 H1N1 pandemic, Canadian researchers identified a greater risk of infection in those who had been vaccinated against seasonal flu, a puzzling finding that researchers are still unraveling, including a group yesterday that revealed more about a mechanism for the process through experiments on pigs.

The heightened risk identified during the 2009 pandemic threatened to disrupt vaccination efforts in Canada, and the findings raised tough issues for policymakers, especially when studies in the United States and other countries contradicted the Canadian findings. However, in 2010 a large study by a Canadian team put an exclamation point on the earlier findings, reporting that the risk of needing treatment for pandemic flu was 1.4 to 2.4 times greater in those who had been vaccinated against seasonal flu in the previous year.

In the new study, researchers explored the phenomenon in pigs that were infected with the 2009 H1N1 virus after receiving a vaccine against H1N2 influenza. The team, headed by scientists from the US Food and Drug Administration (FDA) and the US Department of Agriculture (USDA), published its findings yesterday in Science Translational Medicine.

The results raise concerns about an approach eyed for developing next-generation vaccines, including a "universal" version targeting multiple strains.

The researchers vaccinated piglets that were younger than 6 months old and hadn't been exposed to flu before against H1N2 to explore whether vaccine-induced antibodies might play a role in exacerbating respiratory symptoms. They found some of the piglets got sick with severe pneumonia and had severe lung damage after they were infected with the 2009 H1N1 virus, suggesting that cross-reactive antibodies triggered by the flu vaccine made symptoms worse after infection with a different flu strain.

The part of the experiments that focused on the mechanism responsible for the effect found that H1N2 antibodies in the sick pigs bound to the hemagglutinin (HA) stem rather than the HA head of the 2009 H1N1 virus, and thus weren't able to block the virus from attaching to cells. Instead, the strong cross-reactive antibodies helped the pandemic virus fuse to cell membranes, which appeared to worsen respiratory problems in the vaccinated pigs.

In the search for a new flu vaccine approach, the HA stem is a compelling target, because it is conserved across a range of flu viruses and could be part of strategy to target many flu strains with one vaccine.

The authors cautioned that the pig model might not extrapolate to human flu scenarios, but that in the past, pig experiments have been a good model for studying human flu and conducting vaccine studies. They noted that the use of young pigs, which generate limited antibody profiles like those seen in young infants, might hint at different outcomes in adults. However, they noted that the study may be relevant at the population or risk-group level when a markedly different flu virus emerges to spark a pandemic.

Health officials should keep the proposed VAERD mechanism in mind when monitoring human vaccination during the response to new influenza viruses that have low cross-reactivity with seasonal flu strains, the researchers concluded. They added that the antibodies should be analyzed in the immune response during the development of universal flu vaccines that target the HA stem.

In an editorial on the new findings, published in the same issue, James Crowe Jr, MD, wrote that the new findings show why health leaders should consider the principle "First, do no harm" when pursuing new ways to battle flu epidemics and pandemics. Crowe is a microbiologist and professor of pediatrics at Vanderbilt University and is director of the Vanderbilt Vaccine Center.

He noted that achieving a flu vaccine that would provoke lasting protection across a range of virus subtypes would be a major medical achievement, but eagerness to move forward with next-generation flu vaccines should be tempered with a focus on safety and minimizing risk.

The need to understand the molecular forces that direct antibody-enhanced virus replication or altered immune response isn't limited to vaccine effects, given that antibody-enhanced disease can occur in nature, Crowe wrote. He added that studies during the 2009 H1N1 pandemic suggested that cross-reactive antibodies may have played a role in severe disease seen in otherwise healthy young adults.

More experiments to help detail the molecular basis of how antibodies neutralize or enhance influenza infection are the next step, and several mechanisms are possible, including one that is commonly studied in dengue virus experiments, according to Crowe He noted that work on universal flu vaccines should continue, especially given the emergence of new techniques that can help chart the balance within diverse antibody populations.

Nick Kelley, PhD, coauthored a comprehensive CIDRAP analysis of flu vaccines in 2012 that pointed out the shortcomings of current vaccines and noted that vaccines targeting the HA stalk could be a path to designing better, more effective ones.

"There's a lot we don't understand about influenza, influenza vaccines, VAERD, and influenza immunology," he said. "This is exactly the type of studies that help move the field forward."

The new findings raise several questions that need to be explored, such as the balance between neutralizing and nonneutralizing antibodies," said Kelley, who is currently a research associate for CIDRAP's BioWatch program. "That's an issue that will need to be fleshed out more as novel non-HA-head antigens are developed, particularly for the HA stem."