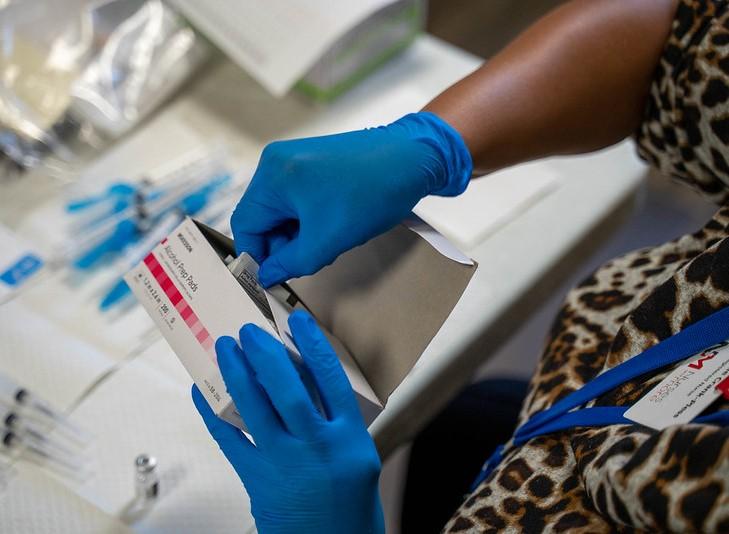 Adults 50 and older who received doses of both the Pfizer/BioNTech and AstraZeneca/Oxford COVID-19 vaccines reported more mild and moderate side effects than those given only one type of two-dose vaccine, according to a study yesterday in The Lancet.

The descriptive findings could help inform countries' decisions about how to proceed with second doses after suspending or stopping orders of the AstraZeneca vaccine amid reports of rare but serious blood clots, the authors noted. The European Union, for example, recently announced that it would not renew its contract with AstraZeneca beyond June and had signed a new contract with Pfizer.

The preliminary research, out of the Com-COV study of vaccine second doses led by University of Oxford researchers, involved 830 vaccine recipients from eight sites. All participants had either no or mild to moderate underlying illnesses in the 7 days after their first and second doses of the vaccines. The study recruited from Feb 11 to 26, 2021.

Of the participants, 463 were randomly assigned to one of four groups receiving a second vaccine dose at 28 days, and 367 were randomly assigned to receive a second dose at 84 days. (Those in the 84-day group have not completed the study yet.) Some groups were given two doses of the same vaccine (homologous group), while the others received doses of both the Pfizer and AstraZeneca vaccines in either order (heterologous group).

The groups receiving two different vaccines had more systemic reactions after the second dose than after the first, the most common of which was fever. About one in three (34% of 110 vaccinees) who received a first AstraZeneca dose followed by a Pfizer dose experienced a fever, versus 10% of 112 recipients who were given two doses of the AstraZeneca vaccine (difference, 14 percentage points). Among vaccinees receiving a first Pfizer dose and a second AstraZeneca dose, 41% reported fever, compared with 21% of those given two doses of Pfizer (difference, 21 percentage points).

"Pending availability of a more complete safety dataset and immunogenicity results for heterologous prime-boost schedules (to be reported shortly), these data suggest that the two heterologous vaccine schedules in this trial might have some short-term disadvantages," the authors wrote. "Further studies evaluating heterologous prime-boost schedules, incorporating vaccines manufactured by Moderna and Novavax, are ongoing, and are crucial to informing the appropriateness of mixed COVID-19 vaccine schedules."

The researchers told participants that using the analgesic paracetamol (acetaminophen) might reduce vaccine-related side effects but did not advise them on when to take it. Thirty-six percent of 112 vaccinees given two doses of the AstraZeneca vaccine reported taking paracetamol in the 48 hours after the second dose, compared with 57% of 110 vaccinees given AstraZeneca then Pfizer, 41% of 117 recipients of two doses of Pfizer, and 60% of 114 given Pfizer followed by .

The results of hematologic and biochemical lab testing were comparable among all groups, and none had evidence of thrombocytopenia (low blood platelet counts).

Senior study author Matthew Snape, MD, MBBS, said in a University of Oxford news release that it's important for vaccinees to know what to expect if they receive doses of both vaccines.

"The results from this study suggest that mixed dose schedules could result in an increase in work absences the day after immunization, and this is important to consider when planning immunization of health care workers," he said, adding that adverse reactions may be more common in people younger than 50.

Snape said that the researchers have adjusted their ongoing study to see if early, regular use of paracetamol decreases the number of mild and moderate vaccine reactions. "Importantly, there are no safety concerns or signals, and this does not tell us if the immune response will be affected," he said. "We hope to report these data in the coming months."