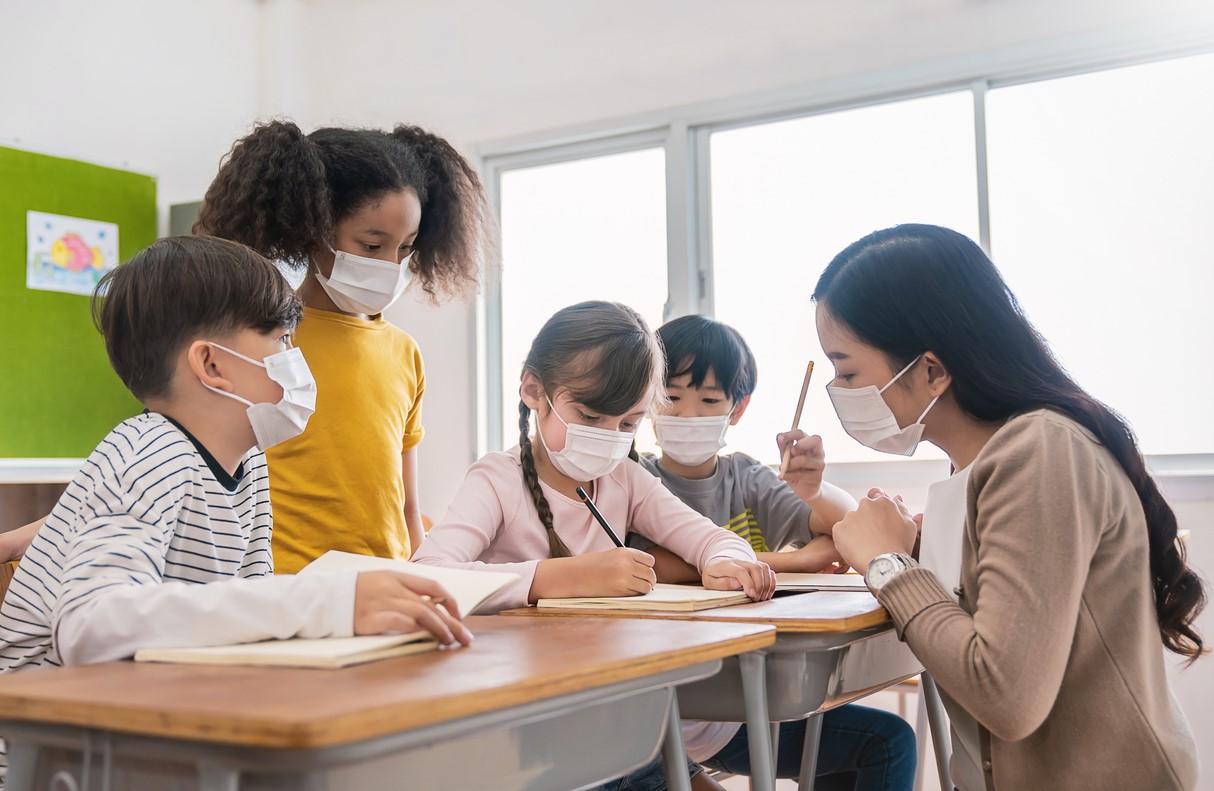 Across the country, states are once again beginning to loosen or do away with mask mandates in schools and indoor spaces as COVID-19 cases continue to drop from the Omicron surge.

Connecticut, Oregon, and Delaware joined New Jersey yesterday in announcing plans to end their statewide school mask mandates in the coming weeks, the Associated Press reports. Those states, run by Democratic governors who have taken a strict stance on COVID-19 restrictions, were among the last 12 states to have universal masking requirements in place for schools.

School masking has been a political football since September of 2020, when many of the nation's schools resumed in-person learning after the initial wave of the pandemic. Recent guidance by the Centers for Disease Control and Prevention (CDC) on the usefulness of cloth masks complicates the issue, as does the widespread availability of vaccines for American children ages 5 and up.

The 7-day average of new daily cases is 253,782, with 2,598 deaths, according to the New York Times tracker. That is the lowest 7-day average since early December, before the Omicron variant became the dominant strain in the United States.

According to the latest update from the American Academy of Pediatrics (AAP), more than 630,000 pediatric COVID-19 cases were reported for the week ending on Feb 3, down from a pea on Jan 20 of 1.15 million.

"However, child cases this week remained extremely high, over double the peak level of the Delta surge in 2021," the AAP said. "Over 12 million children have tested positive for COVID-19 since the onset of the pandemic; over 1.4 million of these cases have been added in the past 2 weeks."

Next week, on Feb 15, the Food and Drug Administration's advisory committee on vaccines will meet to discuss an emergency use authorization of the Pfizer-BioNTech vaccine in children 6 months through 4 years.

One in three Americans expect to catch COVID within the next month, and only 1 in 10 think the disease will be eradicated by this time next year, according to the latest Axios-Ipsos poll.

The poll shows the confusion Americans have about living with the virus. About 21% believe the country should open completely with no restrictions, while 29% believe Americans should begin to move forward from the pandemic, but with some precautions.

Respondents are divided almost evenly into four schools of thought on how to proceed: Drop all requirements, keep some, keep most, or add even more.

A Biden administration task force is working with hospitals nationwide on recalculating the number of COVID-19 hospitalizations in the United States, Politico reports. The group is asking hospitals to separate patients who go to the hospital because they have COVID-19 from those who are admitted for other reasons and test positive afterward.

The move comes as the Omicron variant, which can cause asymptomatic infections in many vaccinated or boostered people, has become the dominant variant in the United States.

The HHS Protect Public Data Hub shows 104,090 inpatient beds in use for COVID-19. After weeks of high activity, hospitalization rates and deaths appear to be declining across the country.

Most states are now reporting fewer deaths than they had a week ago, according to a USA Today analysis of Johns Hopkins data.