US budget bill restores some funding for public health 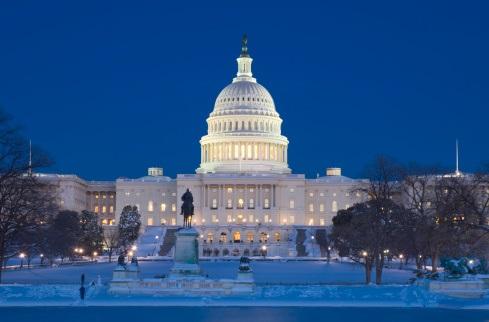 A huge 2014 budget bill that's expected to gain final congressional approval this week restores some of the public health and disease-prevention funding that was lost in last year's automatic budget cuts known as sequestration.

The bill provides increases for the Centers for Disease Control and Prevention (CDC) and the Food and Drug Administration (FDA) and the first appropriation for pandemic influenza preparedness at the Department of Health and Human Services (HHS) since 2011, according to congressional documents and Congress-watchers.

On the other hand, the legislation slashes spending for hospital disaster preparedness, and it shrinks the US Department of Agriculture's (USDA's) food safety funding slightly But it provides a big boost for science programs at the Department of Homeland Security (DHS), including a new lab to study plant and animal diseases.

The House of Representatives passed the $1.01 trillion bill for fiscal year (FY) 2014 yesterday, and Senate approval is expected by the end of this week. The action follows an agreement between House and Senate negotiators announced earlier this week.

"Overall, funding levels under the omnibus 2014 bill are in many cases back to fiscal year 2012 levels," said Richard Hamburg, MPA, deputy director of the Trust for America's Health (TFAH), a nonprofit advocacy group.

"I think we're certainly in a better place than at the end of fiscal 2013 [Sep 30, 2013]. However, levels of funding for many programs are still significantly below the high-water mark, generally found in fiscal year 2010."

Hamburg said the bill provides $1.323 billion in overall preparedness and response funds for the CDC, which is about $90 million more than in 2013. That includes $640 million for the Public Health Emergency Preparedness (PHEP) program of grants to states and major cities, an increase from $608 million in 2013, he reported.

The $1.323 billion total includes $535 million for the Strategic National Stockpile of drugs and medical supplies.

A TFAH mailing issued earlier this week said the CDC is due to get $156.7 million for influenza planning and response, slightly higher than last year. It also said the HHS Secretary's Office is due for $115 million for pandemic flu preparedness, an activity that had not been funded since 2011.

The bill also allocates $339 million for the CDC's emerging and zoonotic diseases program, according to TFAH.

HHS's hospital preparedness program takes a major hit under the bill, getting about $255 million, the amount the Obama administration proposed, compared with $358 million in 2013, Hamburg reported. Funds for the program have trending downward for several years.

FDA gets a boost

The bill allocates $2.55 billion for the FDA, which is $91 million higher than in 2013, according to a press release from the House Appropriations Committee. That total is augmented by $1.79 billion in user fees charged to industry.

For food safety, the FDA is due to receive $882 million, according to an explanatory statement from the House committee. Sandra Eskin, director of food safety at the Pew Charitable Trusts, said that marks a $53 million increase and a victory for public health, according to a Food Safety News story today.

Along with that, the bill says the FDA should provide a "comprehensive training program" for federal and state inspectors on the requirements of the Food Safety Modernization Act and what kinds of observations are proper to include on inspection reports, according to the House committee's explanatory statement.

The USDA's Food Safety and Inspection Service, which inspects meat and poultry products, will get $1.01 billion, which is $19 million less than in 2013, according to materials from the House committee. But the panel says the money will maintain the current force of more than 8,000 inspectors at 6,200 facilities nationwide.

An amendment calling on the FSIS to move ahead with a proposed overhaul of its poultry inspection program was dropped, according to the Food Safety News story. The controversial proposal involves turning over most carcass inspection duties to company employees so that federal inspectors can focus on other food safety variables.

The USDA's Animal and Plant Health Inspection Service, which fights pests and diseases, will keep the same level of funding it had in 2013, at $821.7 million, the House committee reported.

DHS is due to receive $1.2 billion for science and technology, which is $302 million less than the administration's request but $307 million more than in 2013, the House panel said in a release. That includes $404 million to build the National Bio- and Agro-Defense Facility (NBAF) in Manhattan, Kan.

The amount for the Kansas lab is more than 13 times the $30.7 million the project received in 2013, according to a Global Security Newswire report today, which quoted a staff member of the Senate Appropriations Homeland Security Subcommittee. A Kansas senator said the new allocation will quell doubts about the future of the facility, the story reported.

According to TFAH, the DHS appropriation also includes $85 million for the BioWatch program, which is $5 million less than the administration requested. To guard against bioterrorist attacks, the program tests for airborne pathogens in major cities.

The legislation marks the first time Congress has specifically appropriated any money for the Prevention and Public Health Fund, according to TFAH's Hamburg. The fund was authorized under the 2010 Affordable Care Act (healthcare reform) to boost prevention efforts for a variety of health problems and diseases, such as diabetes, cancer, and obesity.

In the past 3 years the HHS secretary has allocated money for the fund because Congress, which has authority to allocate it, didn't do so, Hamburg said.

Under the omnibus bill, this year the fund includes $160 million for Section 317 immunization grants, according to the House committee's documents. Hamburg said the fund also includes $40 million for epidemiology and lab funds for states, along with $12 million for healthcare-associated infections.