Plan calls for more funding to bring TB under control 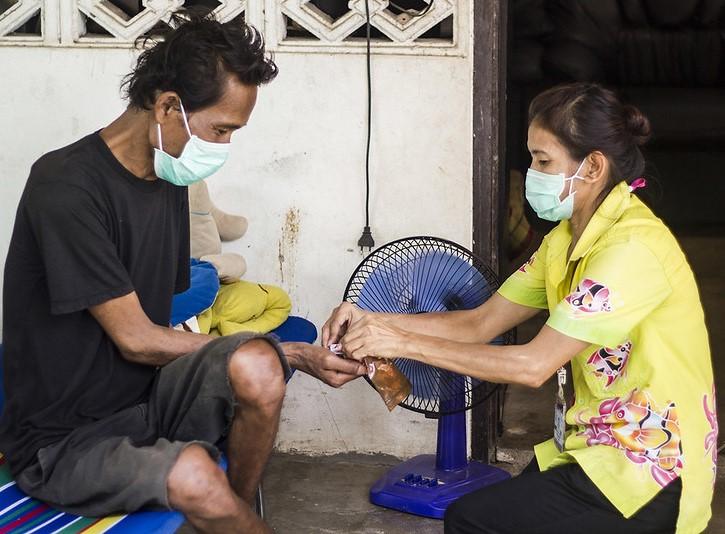 Tuberculosis (TB) treatment and prevention advocates today released a plan they hope will achieve the goal of eradicating the infectious disease as a public health threat by 2030.

The Global Plan to End TB 2023-2030, released today by the Stop TB Partnership, calls for a global investment of $250 billion from 2023 to 2030 to boost early TB diagnosis and treatment, develop and distribute a new TB vaccine, and accelerate the development of new TB medicines and diagnostics. It also aims to put TB prevention at the center of pandemic preparedness and response efforts, so that future pandemics don't derail TB programs—as has occurred during the COVID-19 pandemic.

The Stop TB Partnership says that fully meeting that funding goal could mean that 95% of people with TB will receive a diagnosis, 50 million people will have access to appropriate treatment, and 35 million people will receive preventive treatment. The group's modelling estimates project that hitting those targets could lead to a 90% decline in the annual number of TB deaths by 2030 compared with 2015.

That goal aligns with those of the World Health Organization's (WHO's) End TB Strategy and the United Nations (UN) Sustainable Development Goals. While TB won't be eradicated, Stop TB Partnership Executive Director Lucica Ditiu, MD, said in a press conference, the aim is to bring the disease down to a level where it can be controlled—to an average of around 10 cases per 100,000 globally—by 2030.

"We want to end TB by 2030. It's a sustainable development goal and it's our responsibility as humans," Ditiu said.

The group says the funding needs detailed in the plan are needed to make up for the progress that has been lost during the COVID-19 pandemic and related lockdowns and restrictions, which have hindered case detection and notification and TB treatment services in many high-burden countries.

A September 2021 report from the Stop TB Partnership estimated that 1.2 million fewer people were diagnosed and treated for TB in 2021 than in 2019—a 21% decline. The report projected that more than 4 million people with TB would likely go untreated in 2021.

There's also concern about the impact of the ongoing Russian invasion of Ukraine on TB prevention and treatment in that country. Ukraine has the fourth-highest TB incidence in the WHO European Region and one of the world's highest rates of drug-resistant TB.

Prior to the pandemic, there had been several years of progress against the disease, which before COVID-19 was the world's leading infectious disease killer. Although an estimated 10 million people annually fall ill with TB and 1.5 million die from the disease, incidence and deaths were steadily declining before 2020. According to the most recent WHO Global TB Report, 2020 saw the first increase in global TB deaths in more than a decade.

But even before the pandemic, funding for TB treatment, prevention, and research was lagging. At the UN's High-Level Meeting on TB in 2018, member states committed to raising $13 billion annually for TB prevention and care by the end of 2022 and an additional $2 billion to develop new drugs, diagnostics, and vaccines. To date, less than half that amount has been raised.

"We cannot drive change without addressing the significant funding gaps that exist within high TB burden countries, which result in lack of access to life-saving services and drive individuals, families, and communities further into poverty," Paul Mahanna, director of the Office of Infectious Disease at the US Agency for International Development, said during the press conference.

The Stop TB Partnership estimates that if the status quo were to continue, an additional 43 million people would develop TB, and 6.6 million additional deaths would occur, by 2030.

"We urgently need increased investments to get the response back on track to save lives and reach the global TB targets set in the strategy," said WHO Global TB Programme Director Tereza Kasaeva, MD, PhD.

Of the $250 billion called for in the plan, $157.2 billion would be for bolstering TB prevention and care efforts, including scaling up the use of modern diagnostics, expanding early diagnosis efforts, integrating TB screening and testing into other health services, and finding undiagnosed people with TB.

"TB is all about reaching people with services and really deploying the tools and the staff that can ensure access for everyone that is affected through diagnosis and treatment," Ditiu said. "It's not a very sophisticated disease, and it's also not very expensive."

Ditiu said TB prevention and treatment provides a good return on investment. The plan estimates the return on the $250 billion investment—which includes funding from governments, development banks, philanthropic organizations, the private sector, and other sources—would amount to $40 for every $1 invested.

The rest of funding would be for developing new medicines, treatments, diagnostics, and vaccines. The plan anticipates that a new TB vaccine—there are currently 14 candidates in the pipeline, four of them in phase 3 trials—could be approved by 2025 and rolled out globally by 2027.

Paula Fujiwara, MD, MPH, chair of the Stop TB Global Partnership's Global Plan Task Force, said the rapid development and rollout of multiple vaccines to slow the COVID-19 pandemic shows how quickly the world can act when there is political will.

"We are hopeful that this energy will be translated into a similar response for a TB vaccine," she said.

Fujiwara noted that because TB is a disease that primarily affects low- and middle-income countries and has mostly been erased from wealthier nations, there hasn't been much urgency around TB treatment and prevention. She hopes that the Global Plan can provide the type of advocacy needed to make development of a TB vaccine a global priority.

"It's not so much that the candidates don't exist, it's the fact that we need to have the will to do this," Fujiwara said. "This is where we need to put our energy."