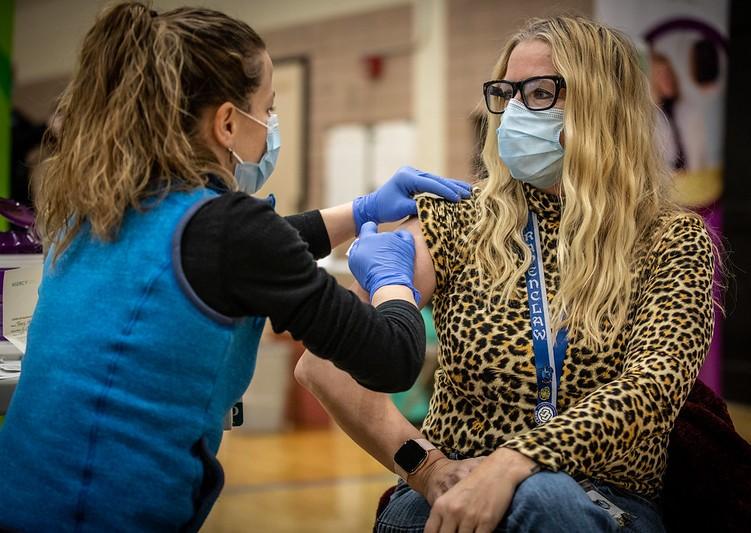 A large observational, real-world study from Israel estimates that the Pfizer/BioNTech COVID-19 vaccine is 46% effective at preventing infection 14 to 20 days after the first dose and 92% 7 days after the second dose, backing the results of an earlier randomized, controlled trial, according to a study today in the New England Journal of Medicine (NEJM).

A single dose, however, was 74% effective against COVID-related hospitalization and 72% effective at preventing death.

Led by scientists from the Clalit Research Institute in Tel Aviv, the study involved comparing patients who received the BNT162b2 vaccine from Dec 20, 2020, to Feb 1, 2021, to 1-to-1 matched controls. Of the patients with at least 21 days of follow-up, 96% received a second dose.

Of those vaccinated and not vaccinated—almost 1.2 million total—28% of both groups were 60 years and older, and about 13% were 70 and older.

Israel is approaching the halfway point in administering the first COVID-19 dose to all its citizens and is a third of the way toward giving second doses, according to the Israeli newspaper Haaretz.

A pre–emergency use authorization randomized, controlled trial published online in NEJM on Dec 10, 2020, found a vaccine efficacy against symptomatic COVID-19 of 95%. The Israeli study was designed to investigate real-world effectiveness in diverse populations with different underlying medical conditions amid the challenges of imperfect compliance with vaccination schedules, the need for cold storage, and complex deployment logistics.

Analysis of proxy data showed vaccine effectiveness of 29% against asymptomatic infection 14 to 20 days after the first dose, climbing to 52% during days 21 to 27, and 90% 7 or more days after the second dose.

The authors noted that the previous trial estimated vaccine effectiveness of 52% against asymptomatic infection. The difference, they said, may be explained by the rapid spread of coronavirus in Israel at the time of their study, which affected vaccinees and controls alike in the first 12 days after the first dose. To counter this potential effect, the researchers estimated effectiveness 14 to 20 days after the first dose, which they determined to be 57%.

And while the previous trial estimated vaccine efficacy against severe COVID-19 at 89%, the authors pointed out that that figure was based on only 10 patients. In contrast, this study reported 55 severe infections in the vaccinated group and 174 in the control group, for an estimated vaccine effectiveness of 62% 14 to 20 days after the first dose, 80% for days 21 to 27, and 92% 7 or more days after the booster dose.

Vaccine effectiveness was unchanged across age-groups but could be lower in people with more than one underlying condition, the authors said.

Effectiveness against B117 variant

During the study period, the share of infections caused by the B117 variant first identified in the United Kingdom approached 80%; therefore, the study estimates average effectiveness against multiple strains, the authors said.

And while they weren't able to pinpoint effectiveness for the B117 variant, they said that the leveling off of cases during later phases in the cumulative incidence curve for vaccinees suggests that the Pfizer/BioNTech vaccine is also effective against this variant, consistent with previous reports on preserved levels of neutralizing antibodies.

"This study estimates a high effectiveness of the BNT162b2 vaccine for preventing symptomatic Covid-19 in a noncontrolled setting, similar to the vaccine efficacy reported in the randomized trial," the researchers wrote.

"Our study also suggests that effectiveness is high for the more serious outcomes: hospitalization, severe illness, and death. Furthermore, the estimated benefit increases in magnitude as time passes."