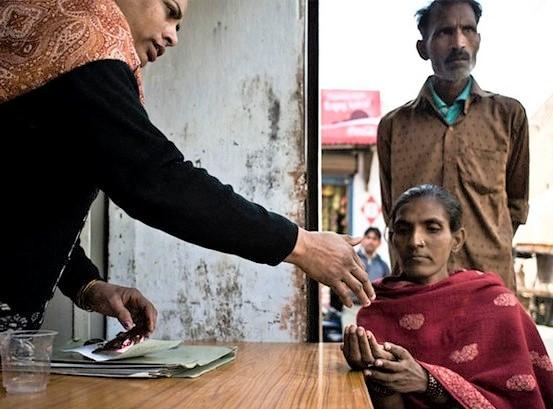 The COVID-19 pandemic continues to hamper efforts to diagnose and treat tuberculosis (TB), and international funding for the disease remains inadequate, according to new data from a TB research and advocacy group.

The data, released in a report today from the Stop TB Partnership, show that 1.2 million fewer people have been diagnosed and treated for TB in 2021 than in 2019, suggesting the pandemic's impact on TB treatment and diagnosis has been nearly as bad as it was in 2020. And the money being provided for the global TB response is only half of what's needed.

The groups says the lack of funding and the disruption to TB diagnosis, treatment, and prevention services during the pandemic have set back efforts to achieve the United Nations (UN) Sustainable Development goal of ending TB by 2030. Prior to the COVID-19 pandemic, TB was the world's leading infectious disease killer.

"Years of chronic neglect have led to an unbearable situation in which TB kills more than 4,000 people a day— more than HIV and malaria combined—and still, too few decision makers, donors, and stakeholders care about TB," said Lucica Ditiu, MD, executive director of the Stop TB Partnership, in a press release. "Data from 2020 and 2021 will reveal soon how hundreds of thousands of additional people are dying from TB and how TB drug resistance and the TB epidemic itself are on the rise."

Although each year an estimated 10 million people fall ill with TB and 1.5 million die, incidence and deaths have been declining steadily over the past decade. But the pandemic and resulting lockdowns have hindered case detection and TB treatment services in many high-burden countries.

The World Health Organization, in its October 2020 global TB report, said the reallocation of human, financial, and other resources from TB prevention to the COVID-19 response resulted in fewer TB notifications in more than 200 countries. TB notifications in three of the highest-burden countries—India, Indonesia, and the Philippines—fell by 25% to 30% from January to June 2020 compared with the same period in 2019.

In a May 2020 modeling report, Stop TB Partnership warned that the disruption to diagnosis and treatment services could have a dire impact on the global TB burden and result in millions of additional deaths due to undetected and untreated TB.

In its new report, the group estimates that 5.7 million people received TB treatment in 2020—a 21% drop from 2019—and that 4.3 million were left untreated. In 2021, the group projects that 4.1 million people with TB will likely go untreated. Ditiu noted that untreated TB translates into approximately a 50% mortality rate.

The report projects that the decline in diagnosis and treatment in 2020 and 2021 means the world is not on track to treat 40 million individuals with TB by the end of 2022, a goal that was set by the UN at its High-Level Meeting on TB in 2018. Based on available TB notification data, under a realistic scenario, the world will reach only 83% of that goal, and 86% under a more optimistic scenario.

The UN also set a target of treating 1.5 million multidrug-resistant (MDR)-TB patients from 2018 through 2022, but the report projects that only 54% to 57% of that goal will be reached. Fewer than 75% of the 3.5 million children with TB targeted for treatment will receive that treatment, while only 20% of the target of treating 115,000 children with MDR-TB is expected to be reached.

"As a result of not meeting the 2018-2022 UN TB targets, the charge to end TB will be further off-track, and ending TB by 2030 now becomes much more difficult," the report states.

The Stop TB Partnership says the lack of funding for the global TB effort is part of the problem, as has long been the case.

While urging countries to increase their funding, the group also called on the Global Fund to Fight AIDS, Tuberculosis and Malaria—which supports TB prevention efforts in many low- and middle-income countries—to step up. The Global Fund allocates only 18% of its resources to TB, according to the report.

"To avoid further setbacks to the TB response, recover from losses experienced over the past year, and ensure that the Global Fund's allocations are in line with TB's share of disease burden and deaths, the Global Fund's financial contribution for TB must be at least doubled," said Austin Obiefuna, executive director of the Afro Global Alliance and incoming Vice-Chair of the Stop TB Partnership Board, in the Stop TB Partnership release.