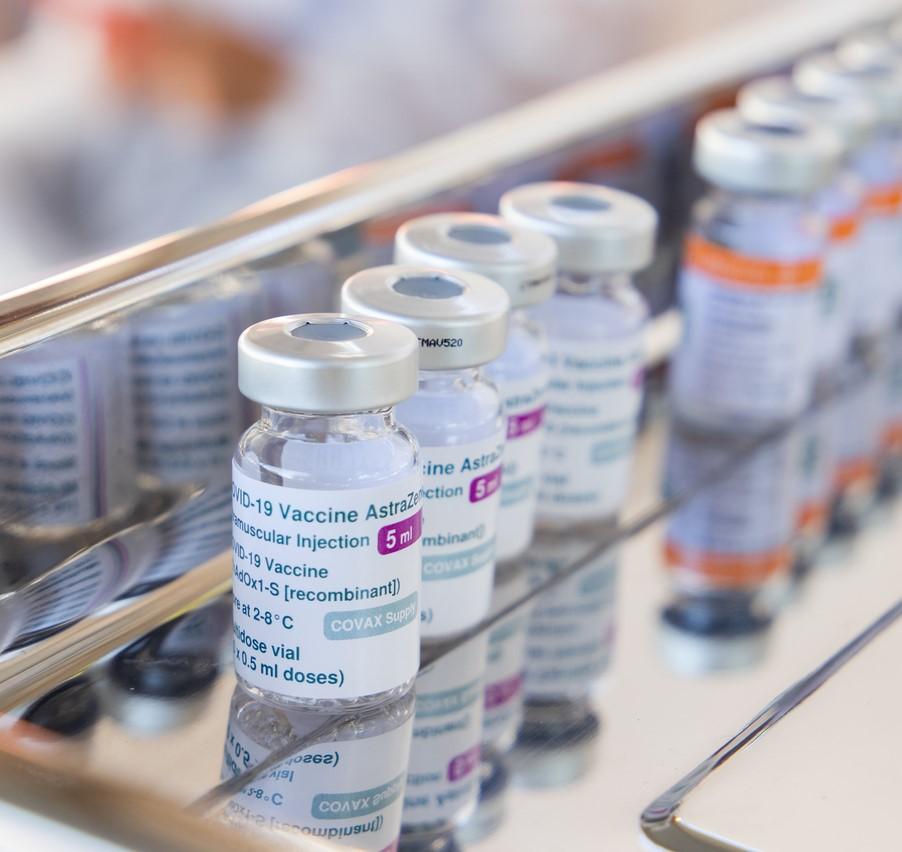 A study of 5.4 million Scottish adults has revealed a small increased risk of an autoimmune bleeding disorder after the first dose of the AstraZeneca/Oxford COVID-19 vaccine, although a causal link hasn't been established.

The study, led by University of Edinburgh researchers and published today in Nature Medicine, assessed the risk of bleeding-related events among 2.53 million people (57.5% of the population of Scotland 18 and older) up to 27 days after the first dose of the AstraZeneca or Pfizer/BioNTech vaccine from December 2020 to April 2021.

Of the 2.53 million, more than 1.7 million received the AstraZeneca vaccine, while about 800,000 received the Pfizer version.

The risk of the autoimmune bleeding disorder, immune thrombocytopenic purpura (ITP), was estimated at 11 per 1 million first vaccine doses above the usual background risk in the first 2 weeks after vaccination with the AstraZeneca vaccine. However, most people who developed ITP were unvaccinated, which the researchers said shows that ITP is not solely vaccine related.

ITP manageable in most cases

Vaccinees diagnosed as having ITP tended to be older (median age, 69 years) and had one or more underlying conditions, such as coronary heart disease, diabetes, or chronic kidney disease.

ITP, which is characterized by low platelet counts, can be asymptomatic or cause mild bruising or excessive bleeding and long-term illness, although it typically is mild and treatable, the researchers said. No ITP-related deaths were reported among vaccine recipients.

The study findings also suggested a very small increased risk of other AstraZeneca-linked arterial blood clot and bleeding events, although the rate was no higher than that of other vaccines such as those against hepatitis B, flu, and measles, mumps, and rubella.

The researchers couldn't draw conclusions about any link between the AstraZeneca vaccine and a rare condition called cerebral venous sinus thrombosis (CVST), in which a blood clot forms in the brain, because too few vaccinated people developed it. CVST developed in a handful of Johnson & Johnson vaccine recipients in the United States earlier this spring.

While clinical trials have shown that the AstraZeneca and Pfizer COVID-19 vaccines are usually well tolerated, the United Kingdom's Medicine and Healthcare products and Regulatory Agency has received a relatively small number of reports of thrombocytopenia (a bleeding disorder) and thromboembolic cases (abnormal blood clotting) among 22 million first doses and 6.8 million second doses of the AstraZeneca vaccine, at an estimated rate of 13 per 1 million first doses.

As a result, use of the AstraZeneca vaccine in younger people in European countries has been limited or halted.

To put the risks into context, study coauthor James McMenamin, MBChB, MPH, of Public Health Scotland, said in a Nature Medicine press conference today that the risk of severe COVID-19 or death is far greater than any posed by the AstraZeneca vaccine, especially for older people and other susceptible groups.

"We can see here that even if the AstraZeneca vaccine has a risk of the development of ITP, the benefits really outweigh the risks, and it's important from the public health perspective that we continue to promote that vaccine," he said.

The researchers called for further research involving people younger than 40 years and to evaluate outcomes after second doses of the AstraZeneca and Pfizer vaccines. "We are now planning to update our analysis as the vaccine programme is being extended to younger, healthier individuals and as new vaccines are becoming available," lead author Colin Simpson of the Victoria University of Wellington in New Zealand said in a University of Edinburgh press release.