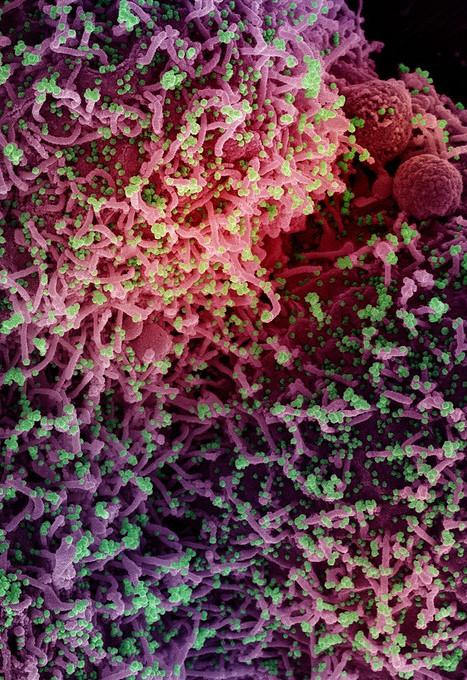 A study on how Omicron subvariants transmit in Danish households found that the BA.2 subvariant is substantially more transmissible than the original variant, researchers reported yesterday in preprint findings.

BA.2 is now dominant in Denmark, with levels rising in other countries, raising questions about how fast current surges will decline. In South Africa, which first reported the original Omicron variant, BA.2 levels are increasing, but against the backdrop of decreasing infections, Tulio de Oliveira, PhD, who directs South Africa's Centre for Epidemic Response and Innovation, said yesterday.

The study has not yet been subjected to a peer-review process.

The Danish group of scientists examined secondary attack rates in households that had a primary case between Dec 20, 2021, and Jan 11, looking at differences in transmission between BA.2, BA.1 (the original Omicron variant), unknown, and Delta variants. Of the households, 2,122 had an initial BA.2 case, and 6,419 had a primary BA.1 case.

They found that the secondary attack rate was substantially higher for BA.2 than BA.1, estimating that the rate was 39% for BA.2 and 29% for BA.1.

Frederik Plesner Lyngse, PhD, the study's first author who is with the University of Copenhagen and Denmark's Statens Serum Institute, said on Twitter that it's important to sort out the difference between the two Omicron variants, because BA.2 is very different than BA.1, differing by about 40 mutations. He noted that BA.2 increased rapidly in Denmark, rising from 0% of sequences samples on Dec 6 to 47% of sequenced samples on Jan 11.

The European Centre for Disease Prevention and Control (ECDC) said in its latest update that BA.2 is now dominant in Denmark.

Commenting on the study, Eric Topol, MD, founder and director of the Scripps Research Translational Institute, said on Twitter than the BA.2 variant findings suggest 3-dose vaccination protects well against symptomatic infection, which goes against any increased immune evasion. He also added that BA.2's increased transmissibility will prolong the Omicron wave in many places.