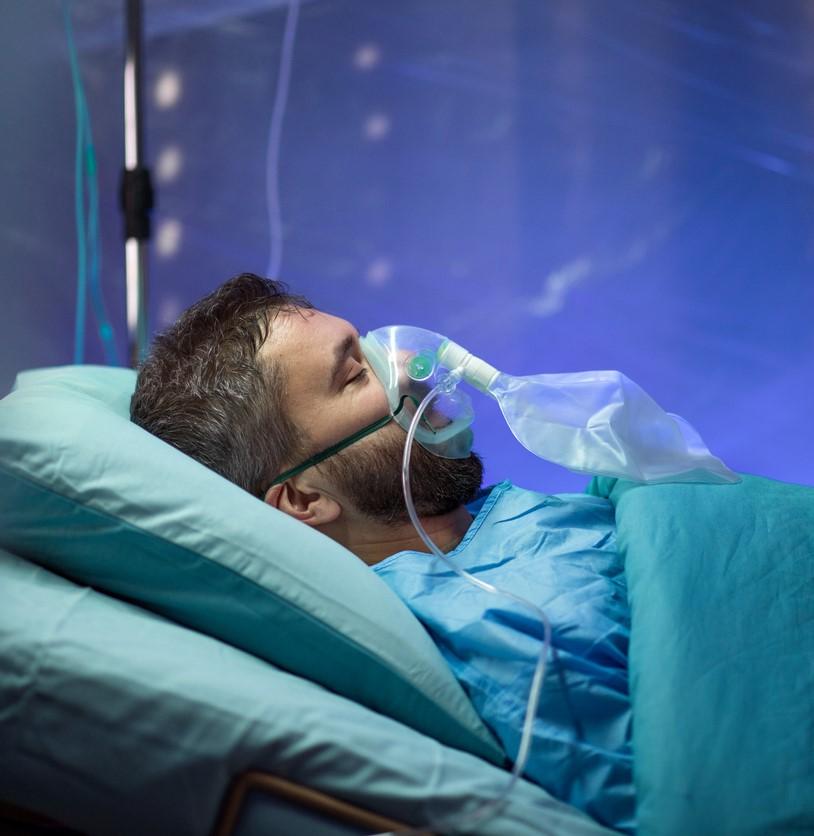 New clinical trials detail the failure of two COVID-19 treatments—a combination of interferon beta-1a and remdesivir and the drug colchicine—to reduce death by 28 days, length of hospital stay, or risk of requiring invasive mechanical ventilation or dying in hospitalized adults.

Both trials were published yesterday in The Lancet Respiratory Medicine.

In a phase 3 clinical trial sponsored by the National Institute of Allergy and Infectious Diseases, a team led by a University of Nebraska researcher randomly assigned 969 COVID-19 patients admitted to 63 hospitals in five countries (Japan, Mexico, Singapore, South Korea, and the United States) in a 1:1 ratio to receive either interferon beta-1a plus remdesivir or remdesivir alone from Aug 5 to Nov 11, 2020.

Interferon beta-1a, which is used in patients with multiple sclerosis and other diseases, has both antiviral and anti-inflammatory properties, while remdesivir is an antiviral drug.

To be eligible, patients also had to meet at least one criterion suggestive of a lower respiratory tract infection, including the presence of radiographic infiltrates, peripheral oxygen saturation on room air of 94% or less, or dependence on supplemental oxygen. Average duration of symptoms before enrollment was 8.7 days in the intervention group and 8.5 days in the control group.

Patients assigned to the intervention received 200 milligrams (mg) of intravenous remdesivir on day 1 followed by up to nine more daily 100-mg doses plus up to four 44-microgram (μg) doses of interferon beta-1a. Control patients received a placebo plus remdesivir subcutaneously every other day. Randomization was stratified by hospital and disease severity.

In addition, in patients who did not need high-flow oxygen at baseline, interferon beta-1a was linked to having at least one adverse event (7% of 422 patients vs 3% of 435 control patients).

"Given the absence of benefit, subcutaneous interferon beta-1a treatment is not advised for patients hospitalised with COVID-19," the authors concluded.

In a commentary in the same journal, Tom Wilkinson, MBBS, PhD, of the University of Southampton in the United Kingdom, said the need for effective COVID-19 treatments is urgent. "Learnings from negative trials such as this are important," he wrote.

"Questioning current treatment strategies and the standards of care included when trials are designed will be key not only to identify efficacious therapies but also to ultimately define an optimised treatment plan for a disease that might continue to be prevalent for years to come."

No death reduction for colchicine

In the ongoing RECOVERY platform trial, researchers randomly assigned 11,340 COVID-19 patients at 177 hospitals in the United Kingdom, 2 Indonesian hospitals, and 2 Nepalese hospitals in a 1:1 ratio to either usual care or usual care plus the anti-inflammatory drug colchicine from Nov 27, 2020, to Mar 4, 2021.

Of all patients, 49% were assigned to receive colchicine, and the remainder received usual care. One mg of colchicine was given as a loading dose, followed by 500 μg 12 hours later and twice-daily 500-μg by mouth or nasogastric tube for up to 10 days (median, 6 days) or until release from the hospital. Median time since symptom onset was 9 days, median hospital stay was 10 days, and 94% of patients were receiving corticosteroids.

The incidence of new heart rhythm abnormalities, bleeding, and blood clots were also comparable between the two groups. Two patients had a serious adverse event likely related to colchicine, one with severe kidney injury, and one with rhabdomyolysis (release of proteins and electrolytes from damaged muscle tissue into the blood).

These findings were consistent across subgroups of age, sex, ethnicity, duration of symptoms and level of respiratory support at randomization, and use of corticosteroids.

"We found no evidence of a benefit from colchicine, which suggests that the anti-inflammatory properties of colchicine are either insufficient to produce a meaningful reduction in mortality risk or are not affecting the relevant inflammatory pathways in moderate-to-severe COVID-19," the authors wrote. "The results of this large, randomised trial do not support the use of colchicine in adults hospitalised with COVID-19."