Trouble for some US COVID-19 vaccines 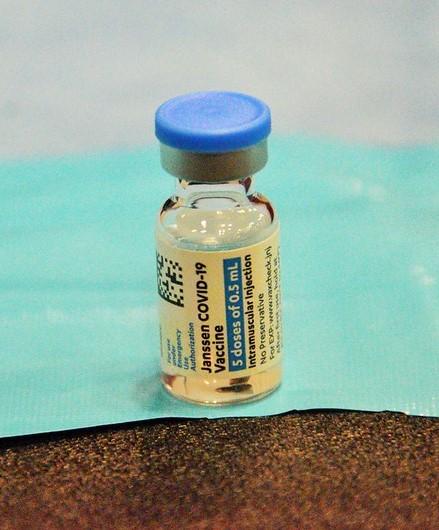 The US Food and Drug Administration (FDA) today said 60 million doses of the one-shot Johnson & Johnson vaccine cannot be used because of possible contamination, according to the New York Times.

The vaccines are part of the 170 million vaccines produced at the troubled Emergent BioSolutions plant in Baltimore. Ten million Johnson & Johnson vaccines from the plant will still be useable, the FDA said.

While losing 60 million doses does not impact America's vaccination campaign, the decision could have global repercussions as the Biden administration looks to share more doses of COVID-19 vaccines to countries currently in need of supply.

The news is another blow to the Johnson & Johnson vaccine, once considered to be a pandemic game-changer. After slow production and distribution ramp up this spring, the vaccine was linked to a handful of rare but serious blood clotting events.

Though cleared for use, demand has not been as high as initially predicted in the United States, and the vaccine accounts for under 5% of the total vaccinations administered in the country.

In related news, the Centers for Disease Control and Prevention's (CDC's) Advisory Committee on Immunization Practices will meet next week to discuss a possible link between heart inflammation and mRNA-based coronavirus vaccines, the Washington Post reports.

Yesterday, the CDC said it had identified 216 cases of myocarditis after an initial dose of an mRNA vaccine, and another 573 after a second. Most cases have been mild and self-correcting, but at least 15 people remain hospitalized. Of note, more than half of the 800 cases were reported in people ages 12 to 24, even though that age group accounted for less than 10% of the vaccine recipient population in the United States.

"We clearly have an imbalance there," said Tom Shimabukuro, MD, of the CDC's Immunization Safety Office said Thursday at the FDA's Vaccines and Related Biological Products Advisory Committee meeting.

mRNA vaccines produced by Pfizer and Moderna make up the lion’s share of US COVID-19 vaccines. The CDC COVID Data Tracker shows 372,830,865 COVID-19 vaccine doses have been delivered in the United States and 305,687,618 have been administered. Sixty-four percent of adults have received at least one dose, and 141,583,252 Americans are fully vaccinated.

A study today from the CDC shows that routine childhood immunizations fell in 10 jurisdictions during the first months of the pandemic and have not caught up to pre-pandemic numbers.

All vaccinations dropped during the first period, with measles, mumps, rubella (MMR) doses administered to children aged 12 to 23 months and children aged 2 to 8 years declining a median of 22.4% and 63.1%, respectively. Children ages 9 to 12 years and adolescents ages 13 to 17 years saw HPV doses administered decline by a median of 63.6% and 71.3%, respectively, during March to May 2020 compared with the same period in 2018 and 2019, the authors said.

During the second phase, when stay-at-home orders were lifted, vaccinations increased, but "none of the jurisdictions demonstrated a sustained or prolonged increase in the number of weekly doses administered above prepandemic administration levels, which would have been necessary to catch up children and adolescents who missed routine vaccinations."