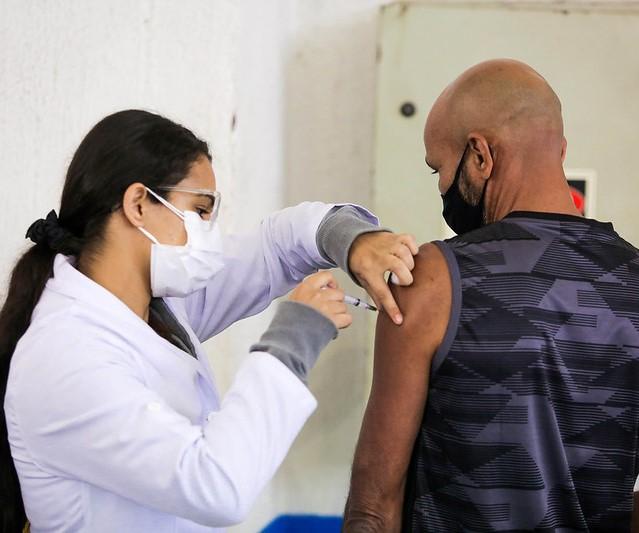 In other developments, the WHO and some of the world's biggest financial organizations today put out a call for $50 billion to help end the pandemic, which comes ahead of a Gavi COVAX donor summit tomorrow and a G7 summit in the United Kingdom the following week.

The WHO's Sinovac vaccine action marks the group's second clearance of a Chinese vaccine and the seventh vaccine to be listed. In early May, the WHO cleared the inactivated vero cell vaccine from Sinopharm. Emergency listing paves the way for the vaccine to be used in the COVAX program and eases regulatory approval in other countries. The Sinovac vaccine has easy storage requirements that are especially useful in low resource settings.

Mariangela Simao, MD, MSc, the WHO's assistant director general for access to health products, said in the statement that the world desperately needs multiple COVID vaccines to address vaccine inequities. "We urge manufacturers to participate in the COVAX Facility, share their knowhow and data and contribute to bringing the pandemic under control," she said.

Also, the WHO's Strategic Advisory Group of Experts on Immunization (SAGE) groups reviewed the vaccine and recommended its use in adults age 18 and older with a two-dose schedule spaces 2 to 4 weeks apart.

In a related development, scientists from Brazil's Butantan Institute yesterday reported results of a Sinovac vaccine study in the small, southeast city of Serrana. After 75% of adults received two doses, the number of deaths from COVID-19 declined by 95%, with an 86% drop in hospitalizations, according to a Sinovac press release. Also, the level of symptomatic cases fell by 80%. The company said the findings were consistent with results from phase 3 studies.

The WHO yesterday announced a simple labeling system for SARS-CoV-2 variants, which relies on the Greek alphabet, making them easier to remember and avoids naming after places they were first detected.

It said it chose the labeling system after convening an international expert group. It added that the labels don't replace existing scientific names, but it encouraged national authorities, media outlets, and others to use the new labels.

It also has Greek alphabet names for six variants of interest.

In a related development, Vietnam officials they have detected a new variant that is a combination of Delta and Alpha variants, according to Reuters. At today's WHO briefing, Maria Van Kerkhove, PhD, the WHO's technical lead for COVID-19, said the virus is Delta with one additional deletion in the spike protein and that divergence is to be expected.

At a briefing today, the head of the WHO and top global financial organizations today called for $50 billion in investments to speed the end of the pandemic and get the world on track toward economic recovery. The group also includes the International Monetary Fund (IMF), the World Bank, and the World Trade Organization.

"By now it has become abundantly clear there will be no broad-based recovery without an end to the health crisis. Access to vaccination is key to both," the leaders said in a statement. They estimate that the investment will generate $9 trillion in economic returns by 2025.

The surge financing would boost supplies of vaccines, oxygen, tests, and treatment. The group also pressed nations to ensure free cross-border flow of supplies and to increase supplies of raw materials and finished vaccines.

During a joint press conference, Kristalina Georgieva, director of the IMF, said the two-track pandemic is leading to a two-track economic recovery, which affects the whole world. "Ending the pandemic is a solvable problem, but requires coordinated action now."

Bruce Aylward, MD, MPH, senior advisor to the WHO's director-general, said vaccine supplies have become more robust, but the challenge is to bring the timing of donations forward as soon as possible and for companies contracted to supply vaccine to deliver them quickly.

The push for pandemic resources comes 1 day ahead of a virtual Gavi COVAX advance Market Commitment summit. The event, hosted by Japan, seeks to raise $2 billion more from donors and the private sector, which would speed access to 1.8 billion vaccine doses for lower-income countries. Also, world leaders are expected to take up pandemic response and recovery issues at the next G7 meeting in the United Kingdom, slated to take place in Cornwall starting on Jun 11.