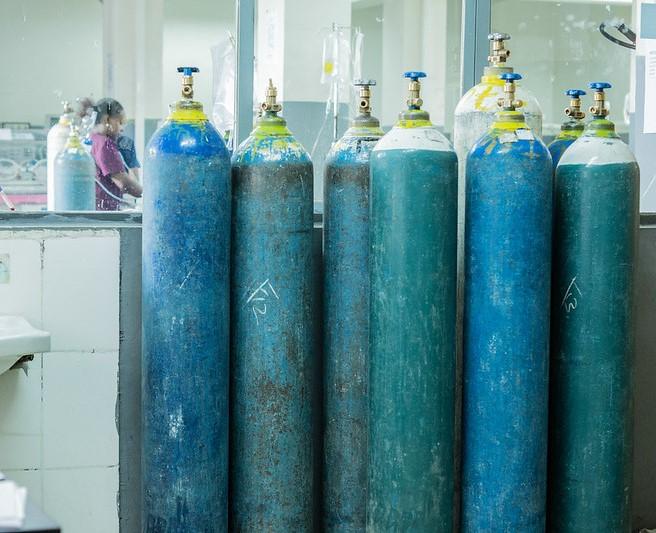 More than 1.1 million cylinders of oxygen are needed by COVID-19 patients in low- and middle-income countries (LMICs) every day and patients are going without because hospitals can't keep up with demand, according to the World Health Organization (WHO).

To fix shortages in 20 of the countries, the WHO and its partners need $90 million in immediate funding. To fix the deficit for the next 12 months, the WHO Access to COVID Tools Accelerator (ACT-A) estimates a $1.6 billion need.

It's a steep price tag, but the ACT-A's new COVID-19 Oxygen Emergency Taskforce hopes to create financial partnerships, analyze the oxygen supply chain, deliver supplies and services to the most burdened countries, and facilitate long-term changes to make medical oxygen more accessible. These dollars could help increase production and transportation of items such as medical oxygen, oxygen cylinders, and oxygen concentrators.

The task force consists of Unitaid, Wellcome—who together contributed $20 million to the cause already—the WHO, the United Nations International Children's Emergency Fund (UNICEF), the Global Fund, World Bank, the Clinton Health Access Initiative, PATH, the Every Breath Counts Coalition, and Save the Children.

"This is a global emergency that needs a truly global response, both from international organisations and donors," says Philippe Duneton, MD, Unitaid executive director, in a joint press release.

The WHO estimates that 15% to 20% of COVID-19 cases are severe enough to require oxygen, which can take the form of low- or high-flow oxygen therapies or mechanical ventilation. Patients who have severe COVID-19 consume about 10 liters per minute, and those in critical condition use about 30, an April WHO report details.

"[COVID-19] has revealed and exposed what has always been a fundamental flaw in health systems in Africa, Asia, and Latin America," says Leith Greenslade, MPA, MBA, coordinator of task force member Every Breath Counts Coalition, which has since 2017 advocated for oxygen to help prevent pneumonia deaths.

"It has exposed it in a particularly brutal way, with patients lined up for days waiting for oxygen cylinders, trying to get them filled. We've all seen the pictures of ICUs running out of oxygen and multiple patients dying."

Not every country has an oxygen problem, she adds. Higher-income countries often rely on tanks of liquid oxygen that, through the hospital's infrastructure, are converted to gas and delivered to patients via a pipe system. Some hospitals in large US cities even have their own oxygen production plants, says Greenslade.

(In January Johns Hopkins published a memo discussing the country's oxygen troubles, but the most critical supply issues, such as those earlier this year in Los Angeles, largely stemmed from in-hospital malfunctions.)

LMICs, on the other hand, often rely on oxygen cylinders or concentrators, which pull in and filter surrounding air. Greenslade says this makes them more dependent on truck deliveries that might be delayed as well as more vulnerable to equipment issues that cannot be handled by inadequately trained staff.

Organizations that earmark aid may not be able to help immediately, either: Back in June, the New York Times noted that UNICEF and WHO oxygen concentrator orders were experiencing delays of up to 5 weeks due to pandemic disruptions.

"Oxygen is ubiquitous, but medical-grade oxygen needs some level of local production; you can't just set up a big oxygen processing plant in a European city and ship it to Africa and South America," says Stephen W. Schondelmeyer, PharmD, PhD, co-principal investigator of the Resilient Drug Supply Project (RDSP) with the University of Minnesota's Center for Infectious Disease Research and Policy (CIDRAP), which publishes CIDRAP News.

"The task force needs to develop a prototype process for setting up oxygen production facilities in each developing country and then provide support to finance the oxygen supply chain infrastructure," Schondelmeyer adds.

David Margraf, PharmD, MS, RDSP pharmaceutical research scientist, agrees, adding, "A lot of the problem that New York and L.A. saw was dramatically increased demand and not being able to get oxygen across state lines because of regulations."

He continues, "In places of poverty, oxygen production facilities are few and far between, and many people rely on oxygen. Especially in developing countries, there is a great need for oxygen not only for COVID but also for chronic conditions, such as COPD [chronic obstructive pulmonary disease]."

While the Oxygen Emergency Taskforce mostly consists of aid organizations, a February editorial in Fortune put the onus on manufacturers. "Fixing the problem requires leadership from the companies that dominate the industry," writes Jayasree Iyer, PhD, ScM, executive director of the Access to Medicine Foundation.

Iyer highlights Air Liquide as one prominent oxygen manufacturer that has taken action. Not only has the France-based company made large amounts of liquid oxygen available at cost, it has issued a "force majeure" to reallocate resources in South Africa from industrial oxygen clients to public hospitals. It has also provided six liquid oxygen trailers in Brazil and partnered with UNICEF to supply primary healthcare facilities in Senegal. Still, Iyer says, the world needs coordinated solutions that can be scaled up.

Interventions recommended by an August 2020 McKinsey & Co. commentary on COVID-related critical oxygen shortages in LMICs include additional oxygen concentrators and a needs-based shift from industrial oxygen for sectors such as garment and steel manufacturing to medical oxygen (an area that makes up 3% of global oxygen production). The one long-term solution the authors advocate is to increase the capacity of the medical oxygen companies, which would require better equipment, training, and distribution.

"Even though these regions [such as Africa and the Middle East] may have lower incremental demand for oxygen to treat COVID-19 than, say, China, their lower preexisting supplies will contribute to greater shortages," the authors add. Unlike the Fortune editorial, the McKinsey article doesn't specify who should make these changes.

Despite the little supply progress made pre-COVID and the unknown path forward, Greenslade has hope that the pandemic will catalyze solutions.

"It's a huge, complicated system to make medical oxygen function at a hospital sustainably," she says, noting that, by unifying the organizations, the WHO task force should have better leverage for funding, delivery systems, and the dissemination of technology, training, and maintenance. "It's a lot of cooks in the kitchen, but the task force reflects the range of players we need to be successful."