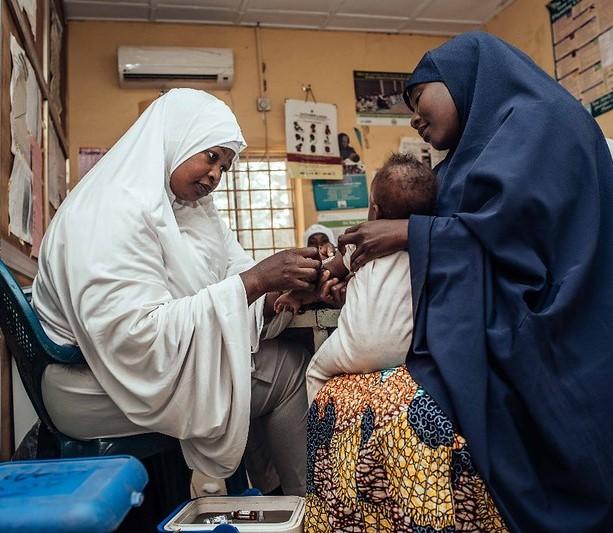 Global health officials predicted a drop in routine childhood immunization during the worst pandemic period when lockdowns were in effect, but the decline continues — the worst in three decades— the World Health Organization and UNICEF said today.

According to new data, the percentage of kids who have received three doses of a vaccine against diphtheria, tetanus, and pertussis (DPT)—considered a key immunization tracking benchmark—dropped 5 percentage points between 2019 and 2021 to 81%.

Multiple factors are behind the decline, including larger numbers of children living in conflict areas, increased misinformation about vaccines, and COVID-19 related problems such as reduces services and supply chain disruptions, the groups said.

Catherine Russell, UNICEF's executive director, said officials expected a "pandemic hangover" in 2021 due to COVID disruptions and lockdowns, but the world is now witnessing a continued decline.

"This is a red alert for child health. We are witnessing the largest sustained drop in childhood immunization in a generation. The consequences will be measured in lives," she said.

According to the data, the declines are steepest in low- and middle-income countries, with India, Nigeria, Indonesia, Ethiopia, and the Philippines among the countries that saw steep declines in kids receiving their DTP doses. Between 2019 and 2021, Myanmar and Mozambique were the two countries with the highest numbers of kids who missed out on that vaccine.

However, some countries held off immunization declines, including Uganda. The groups also note that Pakistan has regained prepandemic coverage levels, due to high-level government commitment and strong catch-up efforts.

Concerns about other vaccine lapses

WHO and UNICEF also raised concerns about other routine immunizations, including human papilloma virus (HPV) vaccination, for which one quarter of the coverage achieved in 2019 has been lost. Also, first-dose measles vaccine coverage in 2021 fell to its lowest level since 2008, translating to 24.7 million children who missed doses last year. Officials saw a similar pattern for polio vaccination.

The two groups are working with GAVI, the Vaccine Alliance, to hammer out a strategy to set immunization goals and deliver vaccines.

Seth Berkley, MD, GAVI's chief executive officer, said it's heart-breaking to see kids miss out on protection from preventable diseases for a second year in a row. "The priority of the Alliance must be to help countries to maintain, restore and strengthen routine immunization alongside executing ambitious COVID-19 vaccination plans, not just through vaccines but also tailored structural support for the health systems that will administer them."