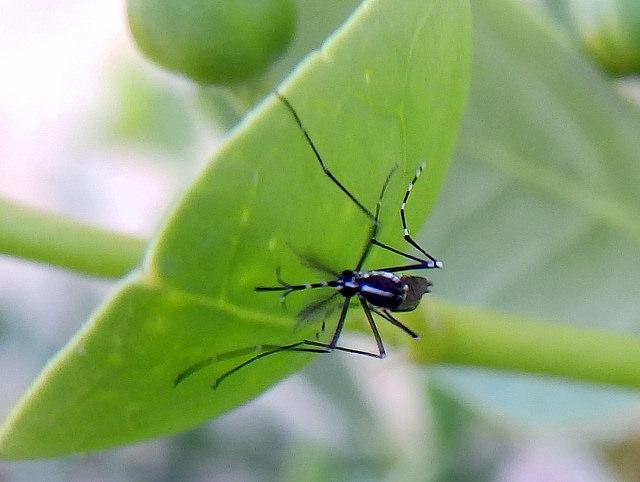 About three quarters of counties on the US mainland have suitable environments for harboring Aedes aegypti and Aedes albopictus mosquitoes, two species capable of spreading viruses that cause Zika, dengue, chikungunya, and yellow fever infection, a team led by the Centers for Disease Control and Prevention (CDC) reported today.

The authors of the new report, published today in the Journal of Medical Entomology, said they generated maps using predictive models that combine mosquito records from individual counties that were published earlier this year with historical surveillance data reaching back to 1960 and county-level climate data going back to 1980. A problem with the earlier county-based report was gaps or differences in mosquito surveillance, which probably underestimated the areas that could support Aedes populations, they said.

Rebecca Eisen, PhD, a research biologist with the CDC's Division of Vector-Borne Diseases and senior author of the study, said in an Entomological Society of America press release, "These maps show CDC's best estimate of the potential range of Ae. aegypti and Ae. Albopictus." She added that the maps show where the species could survive and reproduce if introduced during the months when mosquitoes are locally active.

For Ae aegypti, 71% of counties in the contiguous states are suitable, with the range covering much of the eastern part of the country south of the Great lakes, plus parts of several southwestern states. The group also found that for Ae albopictus, about 75% of counties are suitable, with the range extending further into the northeast and more limited in the southwest.

At least 77% of counties had suitable climates for at least one of the species, and 69% were suitable for both (see CDC/J Med Entomol maps below).

The authors caution that the maps aren't meant to portray mosquito abundance or the risk of virus transmission to humans. They also cautioned that pockets of "microhabitats" within a county could vary in suitability for mosquitoes. For example, warmer urban settings may be favorable for the two mosquitoes, even in counties not identified by the study.

What makes an area favorable?

Modeling projections found that temperature was the strongest suitability factor for both Aedes species, and mild temperatures in winter months was a marker for the cumulative warmth that the insects need to become established. Chances increased if a county has at least 1 day with an average temperature of 50°F (10°C) from December through February.

However, for Ae albopictus, precipitation was a strong factor for suitability, given that their egg-laying relies more on water sources filled with rain than on standing water created by human actions, where Ae aegypti are more likely to lay their eggs. She said that difference may explain why the Ae albopictus range tilts toward the eastern United States, away from the more arid Southwest.

A clearer picture of the counties that can support one or both of the mosquito species could help focus surveillance efforts and help health providers and patients visualize where the mosquitoes could be found, which could help guide steps to avoid mosquito bites, the researchers said.