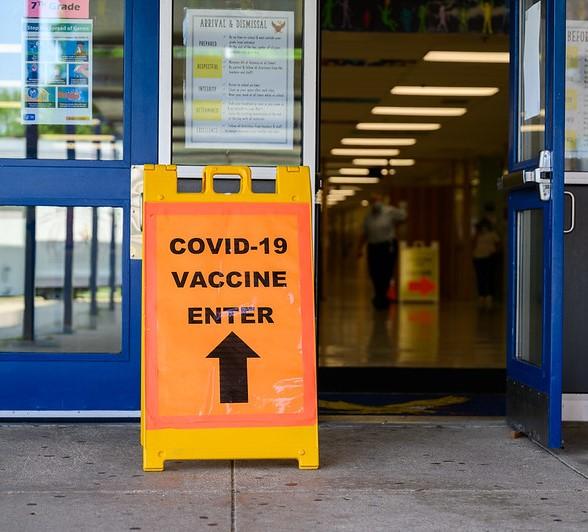 Twenty states and the District of Columbia have met President Joe Biden's Fourth of July goal of vaccinating 70% or more of adults with at least one dose of COVID-19 vaccine, according to tracking by the New York Times. Puerto Rico and Guam have also met the goal.

California, Illinois, and New York have all met the goal. Vermont remains the national leader in vaccination.

Fourteen states have vaccinated 60% to 65% of adults, including Florida and Texas,  and 16 states are below 60%. Mississippi has the lowest vaccination rate in the country, at 46%. Almost all states in the South are below 60%.

The Centers for Disease Control and Prevention (CDC) COVID Data Tracker shows that 382,283,990 COVID-19 vaccine doses have been delivered in the United States and 328,152,304 have been administered, with 155,884,601 Americans fully vaccinated (66.7% of adults have received at least one dose of vaccine).

The United States reported 14,463 new COVID-19 cases yesterday and 305 deaths, according to the Johns Hopkins COVID-19 tracker. The slight recent uptick in cases has largely been due to the circulating Delta (B1617.2) variant, which is highly transmissible and accounts for between 25% and 50% of cases in US communities.

For the second day in a row, Arkansas yesterday reported its biggest 1-day spike in new COVID-19 cases in 4 months, with 700 new cases, the Associated Press reports. State officials are blaming the increase on the Delta variant.

Los Angeles County reported 506 new COVID-19 cases yesterday, its highest single-day total since mid-April, according to CNN. Meanwhile, the San Francisco Chronicle reports that new infections have risen by 20% in the Bay Area since the state reopened on Jun 15.

In both California and Arkansas, officials say most new cases are in unvaccinated residents.

In promising news concerning the Delta variant, Johnson & Johnson (J&J) released data that showed its one-dose adenovirus-based vaccine was protective against the variant, and provided immunity for at least 8 months in recipients.

The news comes as relief to the 11 million Americans who have received the J&J vaccine thus far. Once considered a pandemic game-changer by some, the vaccine quickly fell out of favor after it was linked to a handful of serious blood clotting events in April.

More recently, people who had gotten J&J shared concerns that they would require a booster of an mRNA vaccine to protect against variants.

"Current data for the eight months studied so far show that the single-shot Johnson & Johnson COVID-19 vaccine generates a strong neutralizing antibody response that does not wane; rather, we observe an improvement over time," said Mathai Mammen, MD, PhD, global head of research and development at Johnson & Johnson.