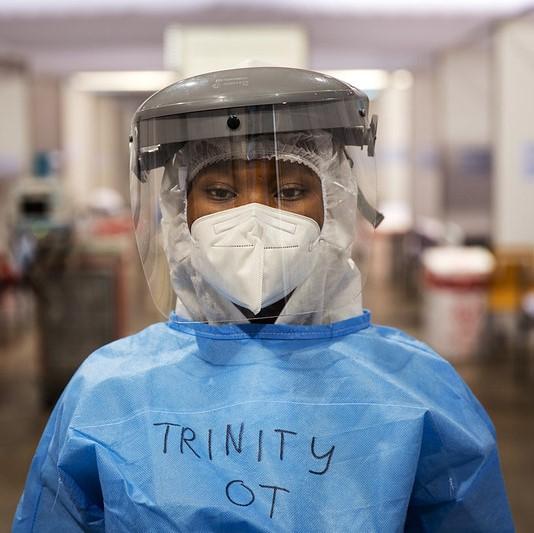 In updates today from two of the World Health Organization (WHO) regional offices, African officials said the speed and scale of the third wave of COVID-19 is something they haven't seen before, while European officials warned that conditions are ripe for another wave in the months ahead.

Cases in Africa rose 25% last week, led by faster spreading variants, putting illness levels almost at the peak of the second surge. Matshidiso Moeti, MBBS, the WHO's African regional office director, said numbers are doubling every 3 weeks. She added that the Delta (B1617.2) variant has been reported in 16 countries, including 9 that are experiencing surges.

In South Africa, which is reporting half of the region's cases, the Delta variant is dominant, and in Uganda, it made up 97% of sequences samples. In the Democratic Republic of the Congo (DRC), Delta accounted for 79% of sequenced samples.

Deaths in Africa also rose last week, by 15% compared to the previous week. Moeti said two-thirds of severe illnesses in people younger than 45 were due to the Delta variant. And with hospitalizations rising, Moeti said officials estimate that the demand for oxygen is 50% greater than the peak of the first wave.

Against the backdrop of a dramatic surge, vaccine supplies have dried up, and only 1.2% of the population is fully vaccinated, she said. "We are grateful for the pledges made by our international partners, but we need urgent action on allocations. Africa must not be left languishing in the throes of its worst wave yet."

At a separate briefing today, Hans Henri Kluge, MD, MPH, who leads the WHO's European regional office, said the continent's 10-week drop in cases is over, with illnesses rising 10% last week, fueled by increased social mixing, travel, gatherings, and eased restrictions. He said the rise is taking place in a rapidly evolving setting, with the Delta variant becoming more common and much of the population still unvaccinated, despite intense efforts.

He predicted that the Delta variant will be dominant by August, with 63% of the population still waiting for their first vaccine dose and at a time when most of Europe will be restriction-free.

Half of seniors are still unvaccinated, and 40% of health workers still lack protection, Kluge said, saying that the levels are unacceptable. "With these figures, nowhere is the pandemic over, and it would be very wrong for anyone—citizens or policy-makers—to assume that it is," he added.

Kluge said his warnings aren't meant to discourage Euro 2020 fans or summer vacation travelers, but he urged people to take precautions, such as wearing masks, especially indoors and in crowds, getting vaccinated, and ensuring that the most vulnerable people are immunized first.

In related developments, concerns are rising in Europe about COVID-19 spread related to attending Euro 2020 soccer matches. For example, Scotland reported nearly 2,000 cases linked to travel to London for Scotland's game with England, according to the BBC. Finland reported 300 infections in soccer fans, according to Reuters.