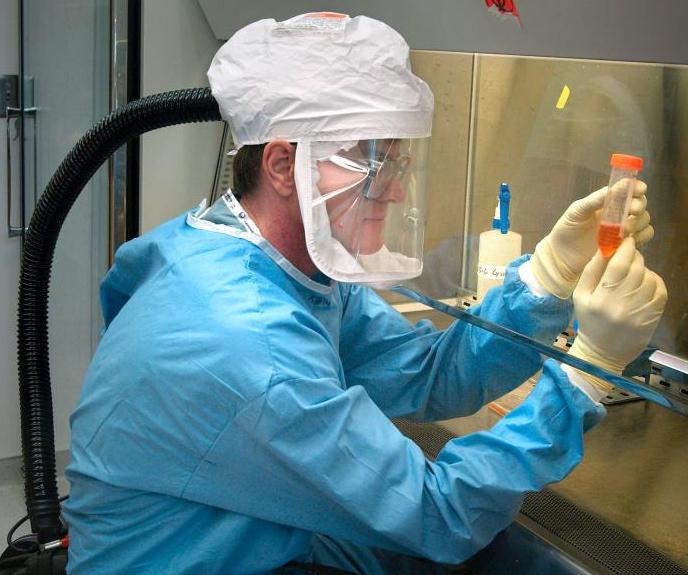 In its ongoing response to lapses at two of its high-containment labs, the US Centers for Disease Control and Prevention (CDC) today released its internal report on inadvertent cross-contamination of a low-pathogenic avian flu sample with the highly pathogenic H5N1 strain, revealing likely departures from best practices and details about reporting delays.

The CDC also said it has responded to reports from the Animal and Plant Health Inspection Service (APHIS) on the H5N1 sample contamination incident as well as on an incident at another one of its labs involving anthrax samples and is taking further actions based on those findings. The select agent program at APHIS, part of the US Department of Agriculture (USDA), regulates the domestic possession, use, and transfer of select agents and toxins that can pose a severe threat to public health or the US food supply.

In the wake of the two incidents, the CDC announced that it temporarily closed two of its labs, barred the movement of dangerous pathogen samples as it investigates the incidents, and announced a host of steps to shore up lab safety practices.

CDC Director Tom Frieden, MD, MPH, said in today's statement that CDC is working intensely to ensure that its labs are models of scientific rigor and safety. "We will implement changes identified in these reviews—and more—so that we can continue the critical laboratory science needed to protect health in the US and around the world," he said.

In its 12-page internal report on the avian influenza cross-contamination incident, the main findings were that the incident didn't appear to pose a safety risk, because all work on the contaminated virus sample was done under enhanced biosafety level 3 (BSL-3) conditions and samples were shipped with proper permits and packaging.

Cross-contamination probably resulted from a lab scientist's failure to follow established best practices and the lack of lab team–specific protocols. CDC investigators also found that a lack of awareness and understanding on the part of the lab employee about reporting requirements for select agents such as H5N1 contributed to reporting delays.

According to the internal report, the same influenza lab received the H9N2 and H5N1 samples on the same day in the middle of January. Two days later, one of its scientists inoculated the H9N2 virus onto cell culture and then inoculated cell culture with two H5N1 viruses.

The CDC shipped a sample of the H9N2 to a BSL-3 lab operated by the USDA on Mar 12, not knowing it was contaminated with H5N1. After tests of the agent on poultry found unusual mortality, the lab identified H5N1 in the sample and notified the CDC lab on May 23, but the CDC lab didn't report the finding because they didn't think it met the definition of a select agent release.

In February, another CDC flu lab started conducting antiviral resistance testing and other experiments on an H9N2 sample provided by the first lab. In June, after finding atypical results, the lab contacted the first lab to request the original sample to check the subtype and ensure that it hadn't made an error in passaging the virus.

On the same day, the scientists from the first lab notified their immediate superiors about the contamination, and CDC authorities destroyed all contaminated H9N2 stocks or secured them in select agent freezers. The lab and the departments that oversee it agreed on Jul 8 that the incident should be reported, and notified CDC select agent officials the next day.

What went wrong during culturing?

CDC investigators said they can't conclusively say how the contamination occurred, because there is no written documentation. However, they says key card analysis showed that the scientist involved did the cell culture work on the two viruses in 51 minutes, less than the 1.5 hours that would have been needed, based on protocols.

The lab scientist told investigators that best practices were followed, but the lab didn't have a specific standard operating procedure for the work. The scientist reported being rushed to get to a lab meeting, and the lab was under a heavy workload at the time, doing the bulk of flu virus characterization needed for a World Health Organization (WHO) vaccine consultation meeting the next month.

Possible explanations for contamination of H9N2 with H5N1 could have resulted from the worker handling both viruses in the biosecurity cabinet at the same time, handling the H5N1 virus before working with H9N2, using the same reagents for both subtypes, or contamination in the incubator.

The CDC said it received an APHIS report on the H5N1 incident on Jul 29 that has many of the same findings as its internal report. Both reports are being reviewed to address the issues that led to the incident, according to the CDC.

Also, the CDC said it responded to APHIS on Aug 11 and outlined corrective steps in addition to the ones it has already taken. The new actions include reviewing protocols to ensure consistency and best practices across the influenza division labs, improving documentation and record keeping, implementing standardized testing for cross-contamination before samples are transferred to other labs, reassessing use of BSL-3 labs to ensure that there is a time lapse between work with select agents and work with other agents, and identifying gaps in staff skills and training.

In regard to the anthrax incident, in the middle of June the CDC revealed that one of its labs used a method that may not have inactivated samples of Bacillus anthracis—the causative agent of anthrax—before handing them off to a lower-containment lab, which may have resulted in worker exposure to the pathogen. A few weeks later it announced that another of its labs unintentionally sent a sample containing highly pathogenic H5N1 avian influenza to another lab.

The CDC said today that it finalized its response to the APHIS investigation on Jul 25, which describes more actions that it will implement. They include creating and appointing a director of laboratory safety to serve as a single accountability point, establishing an internal biosafety working group, and forming an external group to advise the CDC.

The CDC also has given APHIS example protocols for inactivating anthrax and the outline of a plan to refresh and train staff on how to use the protocol. The plan includes new steps to document the protocol's correct use and oversight of scientists who use the method.