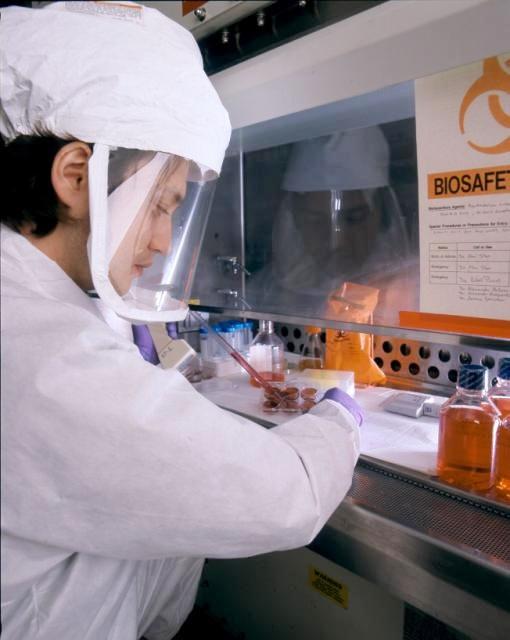 In response to investigative reporting by USA Today, the Centers for Disease Control and Prevention (CDC) has ordered a comprehensive review of its safety and security regulatory programs for biodefense laboratories, the newspaper reported yesterday.

Meanwhile, a draft report by the Department of Defense (DoD) blames a lack of consensus on how to kill Bacillus anthracis spores for the Army's inadvertent shipment of live samples to 86 outside labs over a period of 10 years, according to a recent story from the online news site The Daily Beast.

At the CDC, Director Tom Frieden, MD, ordered the review last week as USA Today "prepared to report on newly obtained documents showing that the agency's inspectors have allowed labs to keep experimenting with bioterror pathogens despite failing to meet key requirements on inspection after inspection, sometimes for years," the newspaper said. It noted that the agency also faces a hearing in the House next week.

"This review will be wide-ranging and includes a review of regulatory authority and the exercise of that authority so that we can identify potential modifications to the methods used to inspect labs," the CDC said this week in a statement quoted by USA Today.

The agency said the review is expected to take 90 days and will be directed by Stephen Redd, MD, director of its Office of Public Health Preparedness and Response.

The promised review comes in the wake of safety improvement efforts the CDC pledged after two lapses last year, involving the inadvertent transfers of samples of live B anthracis—which causes anthrax—and H5N1 influenza virus from CDC labs to other labs. Last summer the agency announced it would set up an external advisory group on lab safety and assign oversight of lab safety to one person, among other steps.

Earlier this year, an external panel of experts reported that the CDC's commitment to lab safety was weak and that many CDC lab workers were afraid to report safety lapses, among other problems.

In a statement yesterday, leaders of the House Energy and Commerce Committee and its Subcommittee on Oversight and Investigations welcomed the news of the CDC's safety review. The panel has scheduled a hearing for Jul 28 on the DoD shipments of live B anthracis spores from the Army's Dugway Proving Ground in Utah.

"We look forward to hearing more from the CDC next Tuesday and will continue our efforts to hold the administration accountable until real changes are made in its handling of these dangerous pathogens," the lawmakers said.

An investigative series published by USA Today Media Network in May revealed that hundreds of accidents have occurred in biodefense labs in recent years and that "pervasive secrecy" has obscured failures by regulators to ensure that labs operate safely.

The investigation raised questions about whether weak oversight played a role in allowing Dugway to ship the live B anthracis samples to labs in the United States and abroad, USA Today said. In June it reported that the CDC in 2007 referred the Army facility for potential federal enforcement action for failures to deactivate the samples with chemicals and for ignoring tests indicating the kill step was ineffective. But the failures went on.

The story said more than 100 labs that study potential bioterror pathogens have faced enforcement actions since 2003 from the Federal Select Agent Program, operated jointly the CDC and the US Department of Agriculture. The government withheld their names, including the names of those kicked out of the program, citing a bioterrorism law.

In the latest revelation, the newspaper said correspondence recently released by the CDC under the Freedom of Information Act shows that labs studying bioterror pathogens "have failed over and over to comply with important safety and security regulations." It said CDC inspectors have allowed some of the labs to continue operating for years before offering to enrol them in programs to improve performance, which are an alternative to revoking their authorization to handle the pathogens.

No single cause for Dugway lapses

Meanwhile, the draft DoD report said investigators could find no "single root cause" for the shipments of live B anthracis from the Utah facility, according to The Daily Beast, which gained access to the document.

Instead, the report blames the shipments to 21 states and seven nations on "the lack of a common scientific standard" for killing B anthracis, the story said.

DoD investigators found that Dugway failed to use strong enough doses of radiation to kill the samples and did not correctly conduct tests to confirm the spores were dead, according to the story. The report emphasizes how hard it is to kill the organism, a point on which DoD and outside scientists agree. But the scientists also maintained that commonly accepted procedures, used correctly, would prevent a lab from unknowingly sending live B anthracis spores, the story said.

The Pentagon report recommends that DoD develop standards for its four labs that handle dangerous pathogens and that the Army should assess whether anyone at Dugway should be punished or fired for the lab's failures, The Daily Beast reported.

Richard Ebright, PhD, a Rutgers University professor of chemistry and chemical biology who often speaks out on research safety issues, rejected the DoD's claims that the Dugway lapses resulted solely from a lack of scientific agreement, the story said.

Instead, he called Dugway's practices in handling B anthracis "criminally negligent" and said their persistence over a decade indicates an unsafe lab.

"The errors had nothing do with scientific uncertainties. This was a mismanaged industrial operation,” Ebright told the news service. "The errors were avoidable at many different steps."

He asserted that the facility used radiation doses just barely sufficient to kill a million spores and used them on batches containing "a trillion spores," according to the story. The lack of a federal standard "does not excuse Dugway for adopting procedures that are mathematically unsound and scientifically unsupportable," he added.

Jul 21 statement by leaders of Oversight and Investigations subcommittee