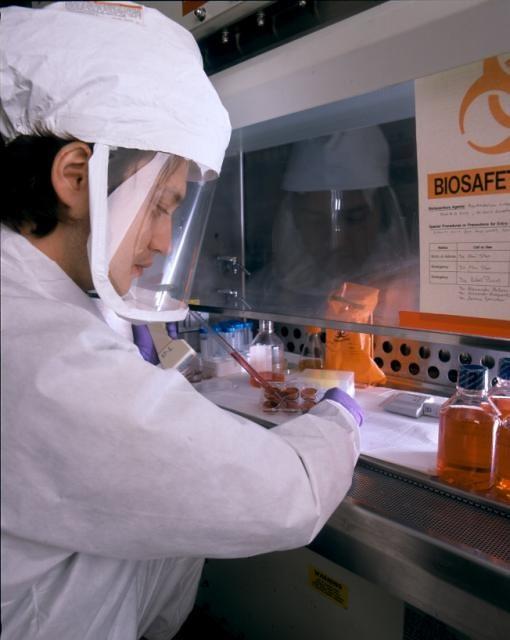 Media reports about work on a hybrid SARS-CoV-2 virus at a Boston University's biosafety level 3 (BSL-3) lab have inflamed more controversy about lab biosafety and raised questions about federal oversight, following the publication of the research team's preprint (not peer-reviewed) study that described their findings.

A story yesterday from the London Daily Mail claimed that researchers created a new deadly COVID strain, and other outlets picked up on the theme.

In a statement yesterday, however, Boston University called the claims false and inaccurate, emphasizing that the school's Institutional Biosafety Committee had reviewed and approved the study. The National Emerging Infectious Diseases Lab (NEIDL) was completed in 2008 but for a decade was barred from doing higher-security-level BSL-4 work, due to safety concerns, given the lab's urban location.

Media reports claimed that the study included gain-of-function experiments, which have sparked concerns about dual-use and accidental release, especially in light of safety lapses at federal research facilities. In 2016, a federal advisory group commissioned an extensive risk assessment that it used to issue its final guidance.

Gain-of-function research involves manipulating organisms to increase their transmissibility, virulence, immunogenicity, or other capabilities. "Dual-use" refers to experiments that can be used for both good and ill.

In yesterday's statement, Boston University denied that the research, designed to explore pathogenicity differences between the Omicron variant and the original SARS-CoV-2 virus, was gain of function. University officials said the virus the group worked with was less dangerous than the original strain and that the work reinforced the earlier findings of other groups, including the US Food and Drug Administration (FDA).

The media coverage of the study caught the attention of the National Institute of Allergy and Infectious Diseases (NIAID), one of the project's funders, according to Stat, which quoted an official who said the BU team's initial grant application didn't precisely specify the work.

Emily Erbelding, MD, MPH, who directs NIAID's microbiology and infectious diseases division, said the team should have specified their work and that NIAID would have likely convened a committee it has in place to assess the trial's risks and benefits.

The controversy over the study comes at a time when a federal group that advises the National Institutes of Health on biosecurity issues, the National Science Advisory Board for Biosecurity (NSABB), is in the advances stages of proposing new draft recommendations on experiments with dangerous viruses.